June Wedding in Tirupati for Nayanthara? Will it be a June wedding for Tamil cinema's Lady Superstar Nayanthara?

The actress has been dating Director Vignesh Shivan for six years. They recently had a quiet engagement ceremony.

"I've heard the wedding will take place in June. Nayanthara is a very beautiful person, both inside and outside. She deserves all the happiness. Vignesh really looks after her. She couldn't have chosen better," one of Nayanthara's colleagues tells Subhash K Jha.

The wedding will reportedly be held in Tirupati.

Defending the film, Vijay Sethupathi says, "Not every film has to be socially relevant with an underlined message. Kaathuvaakula Rendu Kaadhal is a fun, romantic, film. I needed to do a light-hearted film after a series of dark projects. I enjoyed working with Nayanthara and Vignesh." 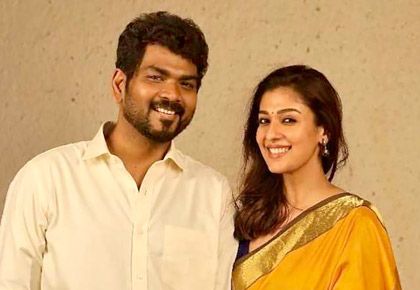