News
Business
Movies
Sports
Cricket
Get Ahead
Money Tips
Shopping
Sign in  |  Create a Rediffmail account
Rediff.com  » Movies » 'It is such a blessing that Deepika is in my life' 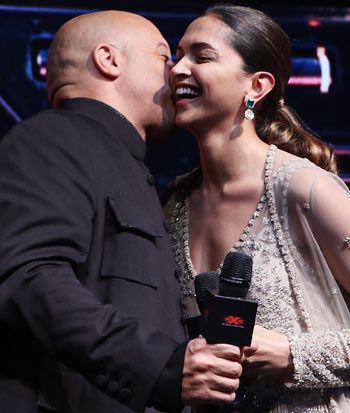 'I have wanted to work with Deepika for many years. We first met years ago and we saw the chemistry was special.'

Vin Diesel knows how to charm the media and his fans.

He charmed Dips as well by saying 'shukriya' in three different voices!

Deepika showed him how to join hands and say namaste at the end of the press conference.

Vin Diesel had arrived in Mumbai this morning and was welcomed by band baajaa. So far, he's loved every bit of his stay in India.

Patcy N/ Rediff.com listens as Vin and Deepika talk about their film and much more. 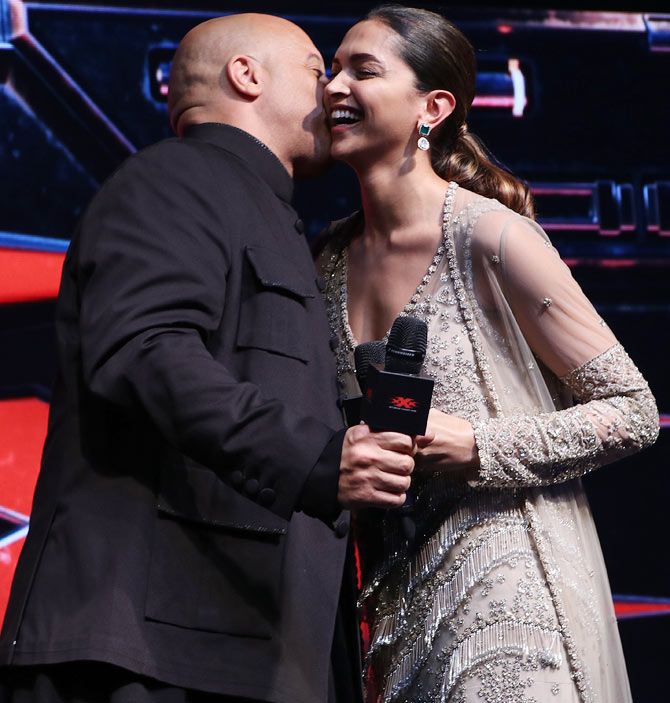 IMAGE: Vin Diesel thanks Deepika Padukone for being in his life. Photograph: Hitesh Harisinghani

How does it feel coming to India?

To be able to direct these two fantastic movie stars and collaborators and partners were dreams come true too.

The cinema is changing and it is global now. It is not just an American action movie. This is a global movie, with actors and collaborators from all over the globe.

So much of what our movie is about is global harmony. The fact that you see love between the two characters -- Deepika and me -- is evidence of this multi-cultural global harmony that we are talking about in the movie.

The first movie that I ever watched was with my father was The Thief Of Baghdad starring Sabu (an Indian actor who is settled in the US). From that moment, as a five year old, I always imagined that movie stars could look different than those that are in Hollywood, like myself. So there is a long-standing connection with Hollywood and India and my stardom now.

(Vin goes over and kisses Deepika) 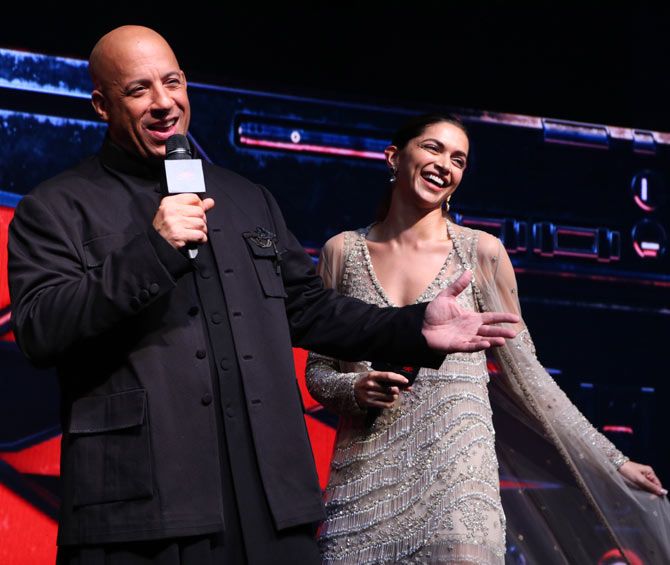 How was it working with Vin Diesel?

Deepika: I can’t tell you how happy I am to be back home. It has been such an incredible journey.

Like Vin said, we have known each other for many years. Working together was in our destiny. We were to work in another project but for various reasons, that did not work out. But I think we both knew that it was going to happen very soon.

How did you convince Vin and DJ to come to India?

Deepika: It was pretty easy and simple. They feel the love.

DJ and Vin kept saying right from the beginning, the minute I left India and was in Toronto for four months, my fans and friends were so supportive of that journey that they (Vin and DJ Caruso) felt they were already in India.

Everyday, DJ and Vin would give me updates of what my fans were saying, what India was saying and how excited they were... not just about me being in the movie but about the franchise and the movie itself, that it really didn’t take much.

Also, they understand how special India is. 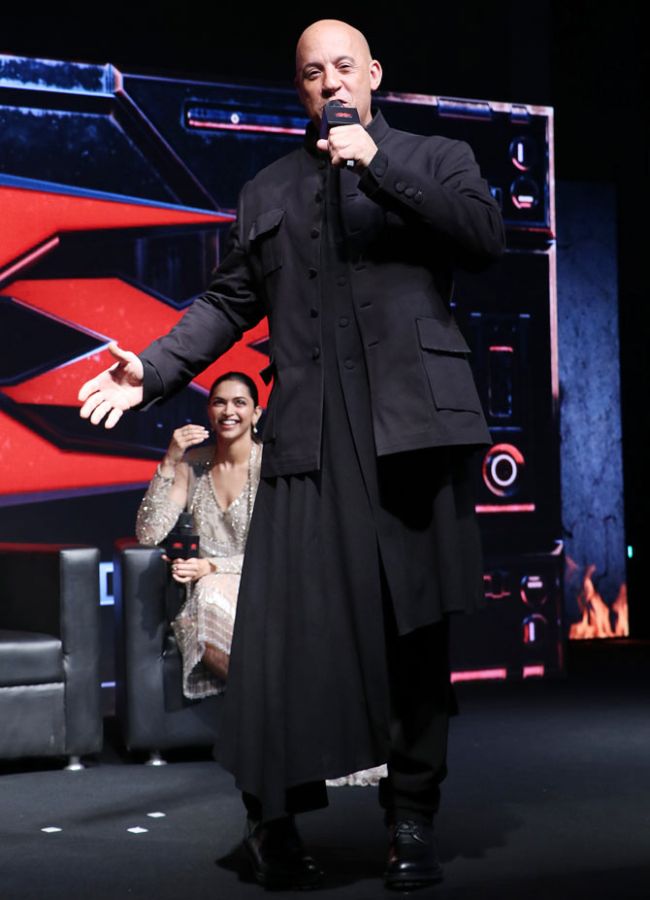 How is India treating you?

Vin: I have never seen a reception entering a country like I did this morning. The music, the culture, the fact that people are so happy to celebrate their culture is so beautiful. When I got back to my hotel room and looked at the pictures, I said to myself, ‘Vin, you are smiling too much.’

I thought people were going to think that I walk around with that smile all the time!

It was a wonderful reception.

I always wanted to come to India but in my line of work, if it is not work-related, somehow you never get to that place because we always busy working shooting and travelling. But the fact that I got a chance to come to India is something I will always cherish. There are so many personal reasons why India is important to me. 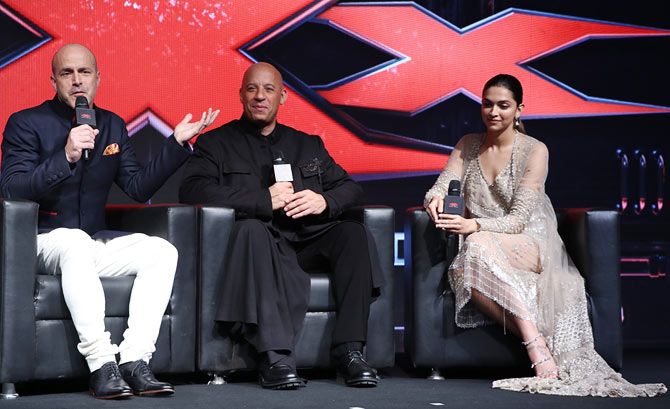 What was that it made Deepika perfect for the role?

DJ: I was fortunate enough to see a reading that they had done years before for a project and I was immediately attracted to their chemistry.

I felt Deepika would be able to capture that not only with her intelligence and strength but also because she is very athletic. She is the most beautiful girl I have ever been able to direct.

Also, she is a wonderful actress and she is from India.

Vin: We were honest about the fact that it was going to be a demanding role because it was so high action. Her commitment was apparent from the beginning.

She made us feel that she would go all the way to personify a daredevil of a character. As DJ said, we needed a counterpart to Xander and that was very demanding. It wasn’t just the beauty and the grace that we relied on. It was also her willingness to commit to the action because if you are not committed, and don’t practice, bad things happen. But her commitment gave us confidence. 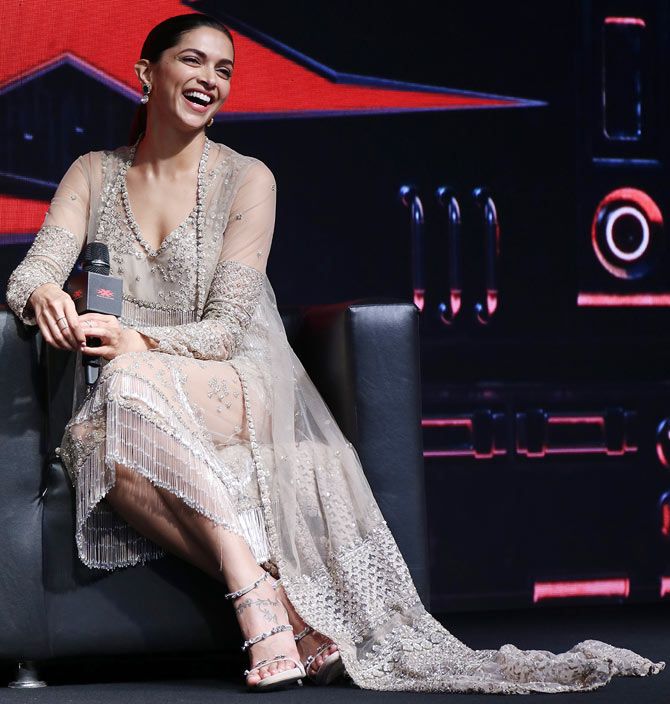 How was your first meeting with Vin?

Deepika: We first met for an audition four or five years ago. Everything at that time is a blur because I was just focused on one thing: 'I want that job. It is huge.'

People liked our chemistry but nothing worked out.

But Vin found out that I was in Toronto and he wanted us to fly down to Los Angeles. I reached at night and went to his office. That’s when that epic picture was tweeted by Vin, which went viral.

(Journalist) Rajeev Masand called me and asked if I was doing the film. I wasn't aware because I had not got the confirmation. But they had tweeted my picture.

When I started filming, I don’t whether he will appreciate it but he was like a teddy bear, he is so warm! He is the kind of person, who will always watch my back, not just in professional way but also personally. He is a kind of person I can call up and he will always be there for me.

When you work on a film like this, you make amazing friends. I am extremely comfortable around him. 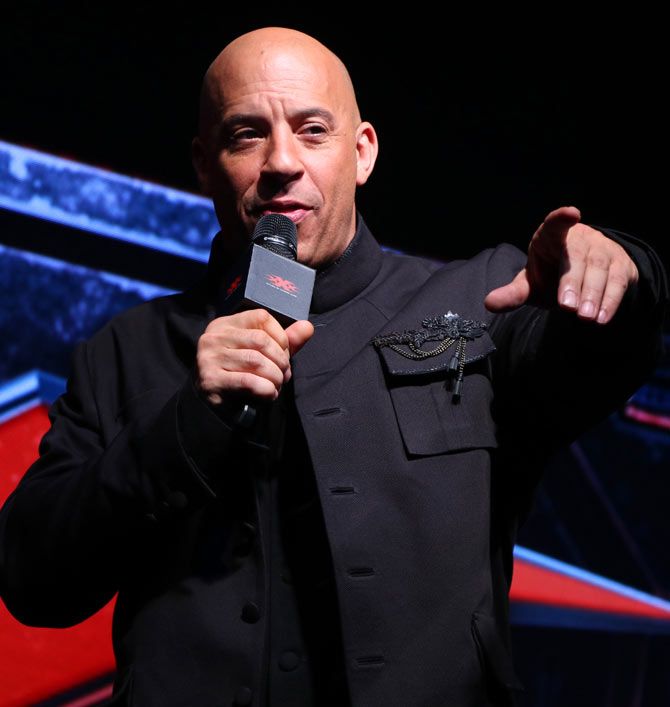 What is special about Deepika?

She is very special to me. You have to look at my Facebook and see how special she is to me. There is no one like her.

She is from India and you get to claim her because this is her origin but she is the queen of the world. 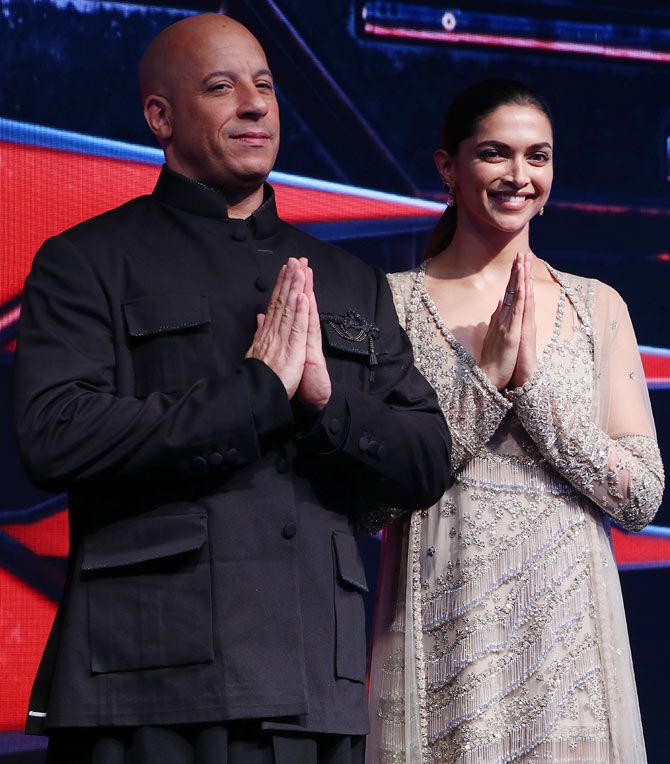 Was it intentional to retain your Indian accent in the film?

Deepika: That was one of the first things DJ and I started the workshop with. It was a conscious decision. The film is not about that, there is so much more to it. It is something that I am proud of. I am happy that my director allowed me to use that in a creative way.

Vin: We were trying to create a global franchise deliberately. We didn’t want to stay in the confines of Hollywood. The whole point of the movie was to go into a different film market around the world and invite them to work together. Everybody’s accent was celebrated. We wanted that diversity and that is what makes this movie so special.

You made Deepika do all the action in this movie, will you dance in the sequel?

Vin: Yes, it is a promise. It is a very fare request.

Who all do you know in Bollywood?

Vin: I know the most important person in Bollywood and I am looking at her (points out to Deepika). 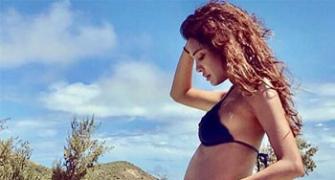 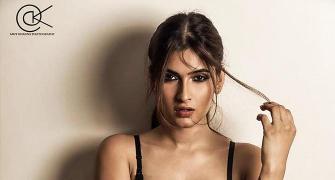 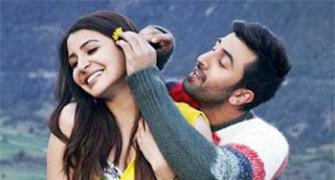 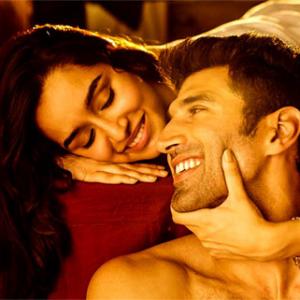 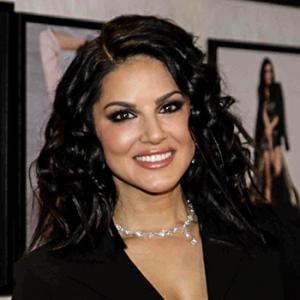