Hollywood's golden couple -- Brad Pitt, 50, and Angelina Jolie, 39 -- got married in a secret ceremony on August 23 in Chateau Miraval, France, and here are the first pictures!

Jolie's wedding gown was designed by Donatella Versace, but the detailing was done by Luigi Massi, master tailor at the Italian house's couture branch.

The 39-year-old actress told People magazine that she wanted Massi, whom she considered family, to create the dress, as he knew and cared for the children of the newlywed couple.

Jolie's ivory Atelier Versace gown had an extended train, both of which were embroidered with dozens of colourful doodles by the couple's six children: Maddox, 13, Pax, 11, Zahara, nine, Shiloh, eight, and twins Vivienne and Knox, six. 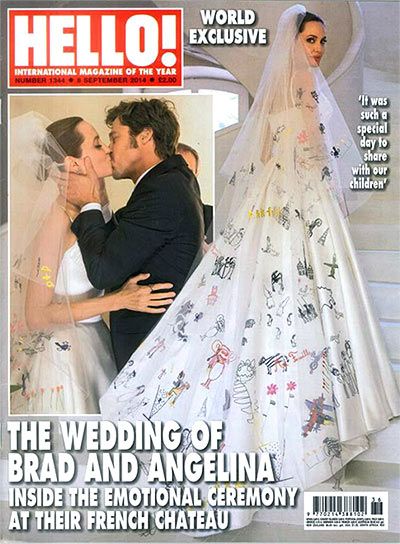 Angelina Jolie and Brad Pitt's wedding, on the cover of Hello magazine

The duo's wedding bands were made by Beverly Hills jeweler Robert Procop, who conceived the 16-carat diamond engagement ring Pitt used to propose to Jolie in 2012.

Meanwhile, Pitt hummed the Wedding March himself when Jolie was walking down the aisle, it has been revealed.

The 50-year-old actor also had to take a tie from one of his sons for the ceremony as he forgot his own, New York Post reported. Wax models of Brad Pitt and Angelina Jolie have confetti thrown on them after being presented with a wedding cake and bridal veil in celebration of their wedding, at the Madame Tussauds attraction in Sydney. Photograph: Jason Reed/ Reuters

The wedding party served a cake baked by one of the couple’s children and shared a 'home-cooked provincial-style meal.' 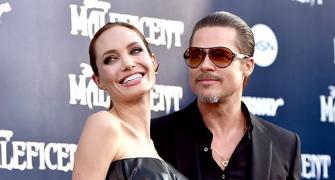 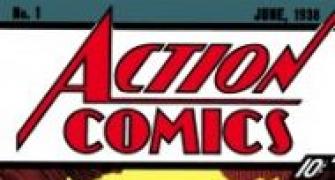 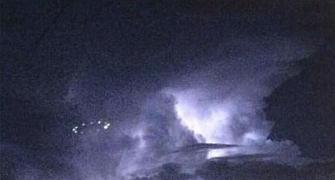 Was that a UFO flying over Texas? 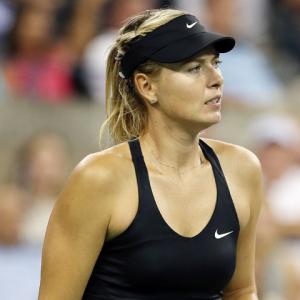