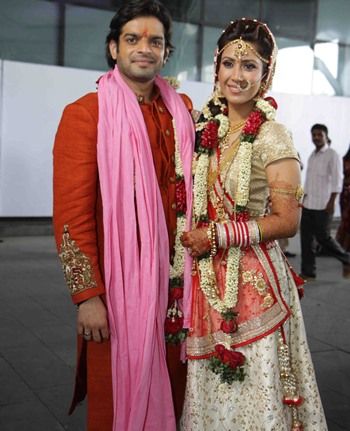 Yeh Hai Mohabbatein actor Karan Patel tied the knot with Ankita Bhargava on May 3 at the Sahara Star hotel in Andheri, a western Mumbai suburb.

The low-key wedding ceremony, attended by the couple's close family and friends, was preceded by a star-studded sangeet ceremony on May 1.

After being introduced by Aly Goni, Patel's Yeh Hai Mohabbatein costar, the couple announced their engagement in March this year.