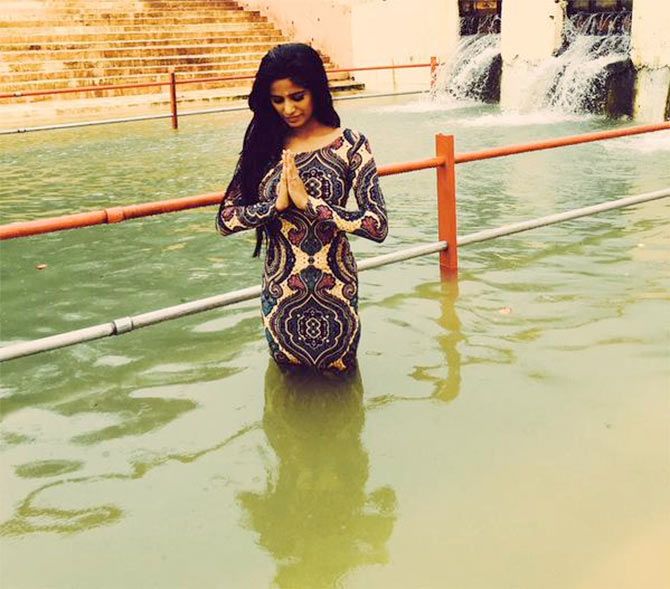 Starlet Poonam Pandey recently paid a visit to the ongoing Kumbh Mela, took a dip in the holy Sangam water and sought blessings.

She posted a picture, above, and tweeted: ‘Just visited KumbMela...Proud to be an Indian, Proud to be a Hindu.’

She shared some more pictures and added: ‘Born Free..Live Free..Sin free ;) Me after visiting KumbMela !!!’

'All the best to team Hero!'

Alia Bhatt: All the best and lots of love @soorajpancholi9 and @theathiyashetty !!!!!! #Hero today.

Amy Jackson: I can't get enough of you both on screen @theathiyashetty @soorajpancholi9 Absolutely loved Hero.

Elli Avram: Hero it was beautiful to watch @soorajpancholi9 & @theathiyashetty :)))) lots of love to both of you rock stars!!

Arjun Rampal: All the best to team #Hero ur hero director @nickadvani this beautiful new pair of @theathiyashetty @soorajpancholi9 wish u all the success 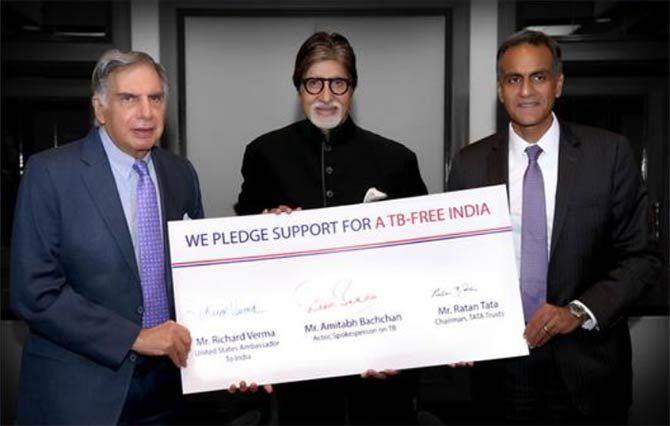 Amitabh Bachchan, who has been associated with many social causes, recently launched a campaign against tuberculosis.

He shared a picture from the event, above, and tweeted: ‘I pledge my support for a #TBFreeIndia @forTBfreeIndia @TheUnion_TBLH .. with Mr Ratan Tata & US Ambassador.’

‘I am a TB survivor #TB, know that it is curable and one can overcome it,’ he added.

The Call to Action for a TB-Free India campaign is an initiative led by Government of India to engage corporate, civil society and community leaders to end TB in the country.

Bollywood actresses really do have each other's back in times of crisis.

After Sonakshi Sinha was trolled for expressing her views on Mumbai’s controversial meat ban, her colleagues Sonam Kapoor and Priyanka Chopra turned to Twitter to support her.

Priyanka Chopra wrote: ‘People hide behind wt they want the world 2 see them as cause it's easier! Standing up for urself takes OVARIES! Go @sonakshisinha #TweetTweak.’

Meanwhile, Sonakshi is getting away from all the social media madness.

Her dad Shatrughan Sinha tweeted: ‘Off for a short vacation - of the family, by the family and for the family. Looking forward to some good news on my return...God willing.’

Shah Rukh: Whenever I see FAN the film, I become arrogant

Shah Rukh Khan seems happy with the way his upcoming film Fan is turning out.

The 49-year-old actor took to Twitter to thank director Maneesh Sharma and tweeted: ‘Whatever anyone might say... the honest truth is that whenever I see FAN the film, I become arrogant. Thx Maneesh & team for finding me again.’

Asha Bhosle: Sania Mirza is such a nice person Veteran singer Asha Bhosle, who is in the US on a musical tour, recently caught up with tennis star Sania Mirza.

She posted a picture, above, and tweeted: ‘NYC: Sania Mirza & I wishing each other best of luck for our respective events on 13 sep 2015.’ 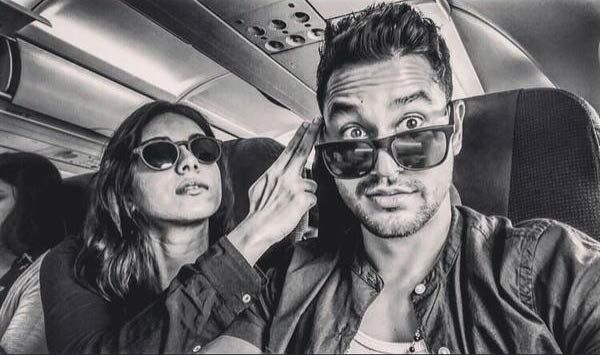 Kunal posted a picture, above, and tweeted: ‘Some movie promotions happen at gun point. Lol;) #bhaagjohnny promotions in Raipur today.’

Directed by Shivam Nair, the thriller will release on September 25. 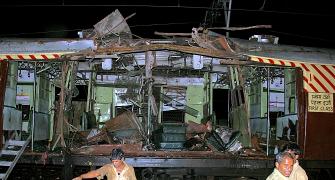 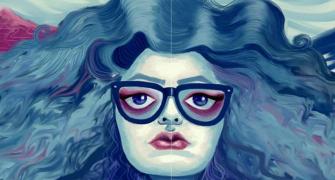 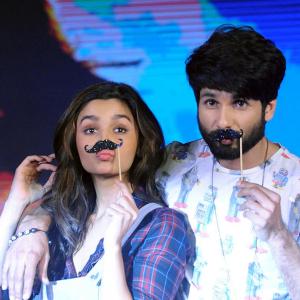