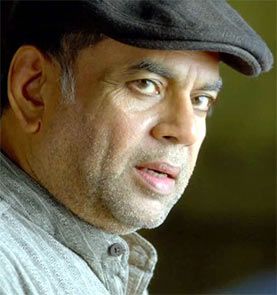 After starring in some fine films, Paresh Rawal has added another feather to his cap -- that of a Member of Parliament.

The actor, who will be seen in this week's release Raja Natwarlal, seems quite excited about his turn as Narendra Modi, in an upcoming biopic on the Indian Prime Minister.

"Only I can do complete justice to the role," he says confidently.

In conversation with Sonil Dedhia, Rawal tells us why he doesn’t do many films, and why he thinks only Narendra Modi can bring about a change in India.

Congratulations on becoming a Member of Parliament. What have you learnt about this new ‘job’?

There is lot to learn considering the kind of country we are living in. We are a very powerful nation, with a varied culture and heritage.

The problem is that our strength is our biggest weakness. The issue of caste and creed and various other things is very painful.

The Modi government is doing everything to work towards it and solve these problems.

The problem is that our country doesn’t have a political will. We are all corrupt from inside. Agar mauka mile toh main aapki jeb main haath daal ke paise nikal loon (If I get a chance, I will remove money from your pocket) and there are no two ways about it.

Being a Member of Parliament brings a lot of responsibilities…

I feel good about the responsibilities that are put on me. I want to work towards the development of the nation.

I don’t want to praise Narendra Modi, but if he cannot bring about a change in India then, believe me, no one else can.

I am fortunate because the chief minister of Gujarat, Anandiben Patel, is like an iron lady and is equally committed like Modiji. If I cannot work under them then I am totally useless.

Logon ke pass aur kuch baat karne ke liye hai nahi (People don’t have anything else to talk about). People should understand that because Narendra Modi has became the PM that doesn’t mean that the heat will decrease during summer.

Just look at the state of our nation. If people had questioned the government that ruled earlier, our country wouldn’t have been in such a state.

The country has gone through a huge loss and it will take time. Our country needs 542 Narendra Modis. Modiji ko teen mahine hue hai aur tum usko galla pakad rahe ho (Modi has been PM for just three months and you are already catching him by the throat).

Show me one Prime Minster who doesn't have a bank account, a house or even a family. Modiji is selflessly committed to the cause of the nation. He should be given time.

You are planning to make a biopic on Narendra Modi...

Yes. We are working on the script. Generally, biopics are made on people who have retired but in Modiji’s case, his career has just started.

It’s a little difficult to script the film as a lot of things have to be taken into consideration. I think we should start filming by February or March.

Will you be playing Narendra Modi in the film?

Yes. I can say with full confidence that only I can do complete justice to the role.

How will you divide your time between politics and acting?

There is no rocket science behind it. It’s all about time management.

Out of the 365 days I am planning to attend Parliament for 100 days, which is like 80 per cent attendance.

Of the rest 265 days, even if I give 200 days to my films I still have two months to myself. I don’t have a secretary. I look after my work and it becomes easy for me to do things.

Will Bollywood take a back seat?

I can categorically say that I will not leave acting because that's my soul.

I will concentrate on both and I know I can juggle between them.

I am not looking to make a political career. I want to dedicate my time whole-heartedly because this is a huge responsibility which I have taken and will not step back from for the next five years. 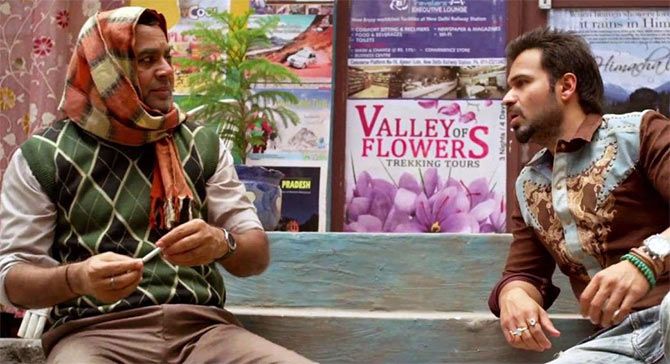 Tell us about your upcoming film Raja Natwarlal.

It’s a very interesting script because it’s an intelligent film.

I love the genre of con films. I have been a fan of Hollywood films like Sting, Matchstick Men and many more.

We haven’t taken the audience for granted and aren’t questioning their intelligence. It’s not an assault on your senses. It’s a believable film and has the right cast. So a lot of positive factors interested me in doing the film.

Have you cut down on work?

Very few scripts come to me that I would like to associate with. Today, a couple of films are different, but most films look the same.

We should not be under the notion that cinema has changed. There are a lot of stupid films that release and become hits also.

Are you against doing fun, ridiculous comedy films?

There are no good comedy films being made these days. Unfortunately, we don’t have good writers in India.

There are so many comedy films coming out which do well but they are pathetic. I feel like crying.

Do you agree that comedy films are all about slapstick and sex jokes?

Personally, I am not comfortable watching sex comedies. I will not be part of such films nor watch them.

It is my personal choice. I’m not passing judgment on such films. They are doing well so there may be something in them. But I do not want to be part of this kind of cinema.

Your kids are planning to join films. Will you help them?

My father did not give me a launching pad. I don’t have Rs 10 to 15 crore, and even if I had, I wouldn’t invest it in launching my sons.

They will have to figure things out on their own. My elder son Anirudh is assisting Naseeruddin Shah in his plays. The younger one (Aditya) is studying screenplay writing.

I am always there to guide them and help them whenever they need me.