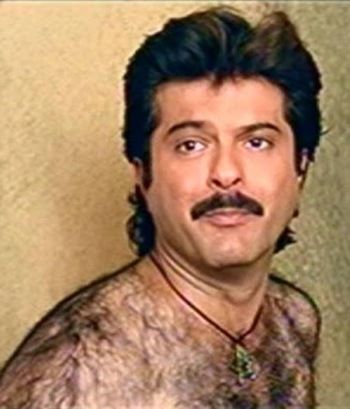 Celebrity author Twinkle Khanna was at the receiving end of a witty remark at the launch of her new book titled Mrs Funnybones.

Her Mela costar Aamir Khan had quipped that a movie based on the gorgeous lady's life should be titled Hunterwali.

And we totally get where it's coming from -- we're well aware of Twinkle's acerbic wit from her columns and Twitter interactions.

The quip also set our minds racing about possible movie titles for other Bollywood stars if there were films on them in the offing. Disclaimer: This is a satirical piece. Readers are requested to take the content with a pinch a salt.
Nishi Tiwari in Mumbai