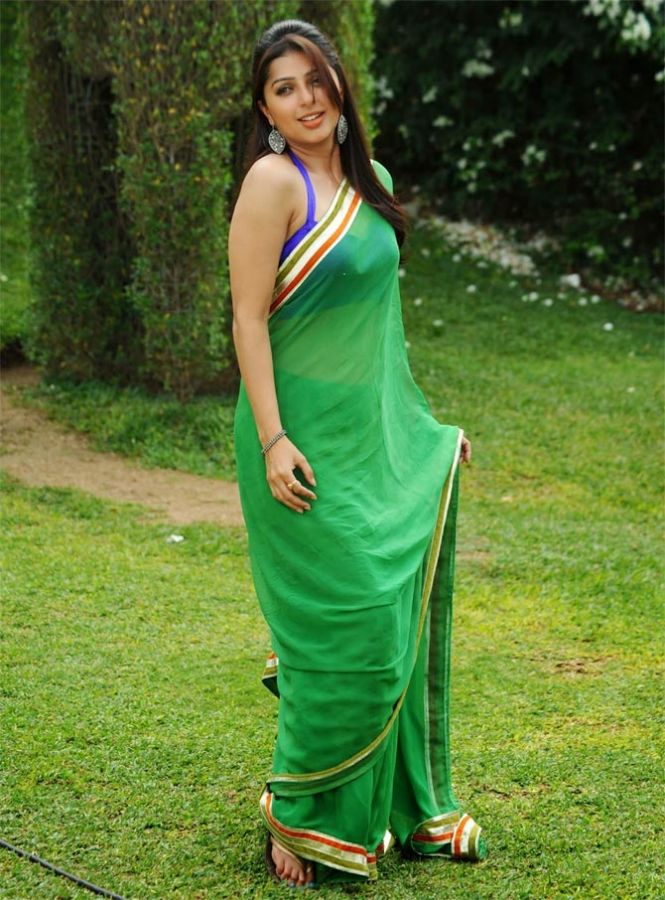 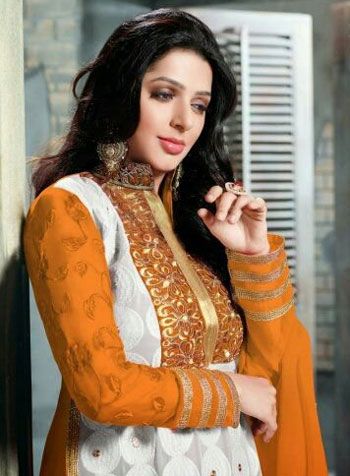 'I appreciate women who can really go out and look gorgeous and glamorous. It’s not easy for everyone.'

'Looking hot and sensual is not something that everyone can carry off.'

Whatever the reviews may be, the film seems to have opened well at the box office.

Dressed in a simple green top and blue jeans, Bhoomika wears minimal make-up and lets her hair down.

As she sips tea, she discusses her life and career with Jahnavi Patel/ Rediff.com.

You have made a comeback to Bollywood after nine years. Why such a long gap?

I have been working in the south.

The kind of films I was doing there after Gandhi, My Father (2007) were very good. I had strong author-backed roles.

But in Bollywood, post-2007, the roles weren’t exciting. The one or two films that I got did not work out. That’s why the long gap happened.

You had signed Jab We Met and My Brother… Nikhil but things had not worked out. Do you regret that?

At the end of the day, whatever happens is for the good.

Initially, I felt it (regret) but after they were made, I thought they were brilliant. I don’t think I could have done a better job. 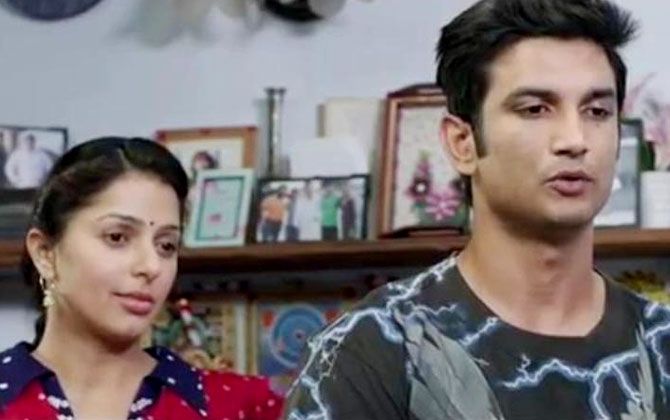 You play MS Dhoni’s sister Jayanti. Have you met her?

Neeraj (Pandey, director) sir did his research and he told me that Dhoni and his sister Jayanti were very close. He would share things with her.

Even in the film, in the scene where I try to tell him that everything will work out, he tries to talk to me because he can’t talk to the parents.

I haven’t met Jayanti. I followed Neeraj Pandey’s word to the T.

He had met Jayanti and Dhoni numerous times. He met Dhoni’s parents and the entire family, friends and everyone.

In Ranchi, I did get to meet Dhoni’s friends. I met the coach who actually picked him up for cricket.

Dhoni originally was never into cricket. He played football. These are the small things you learn when you watch the film.

Did you have apprehensions playing a sister onscreen?

I don’t think it matters these days.

Priyanka Chopra played one in Dil Dhadakne Do and then she was cast opposite the same person Ranveer (Singh, in Bajirao Mastani). 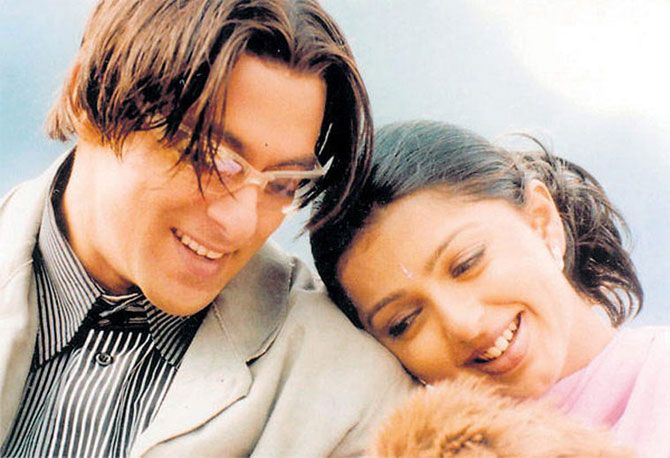 Your biggest Bollywood hit Tere Naam completed 13 years in August. Does it bring back memories?

Yes. When you look back at a film that has become huge... it’s a beautiful journey from then till now.

When I get mails, they still mention Nirjara (her character’s name).

How did Tere Naam change your life?

When you are a part of a film that becomes huge, especially when you go to north India, the ball game is different. The kind of fan following you have, the kind of stardom, is different.

Things did change for me after Tere Naam. 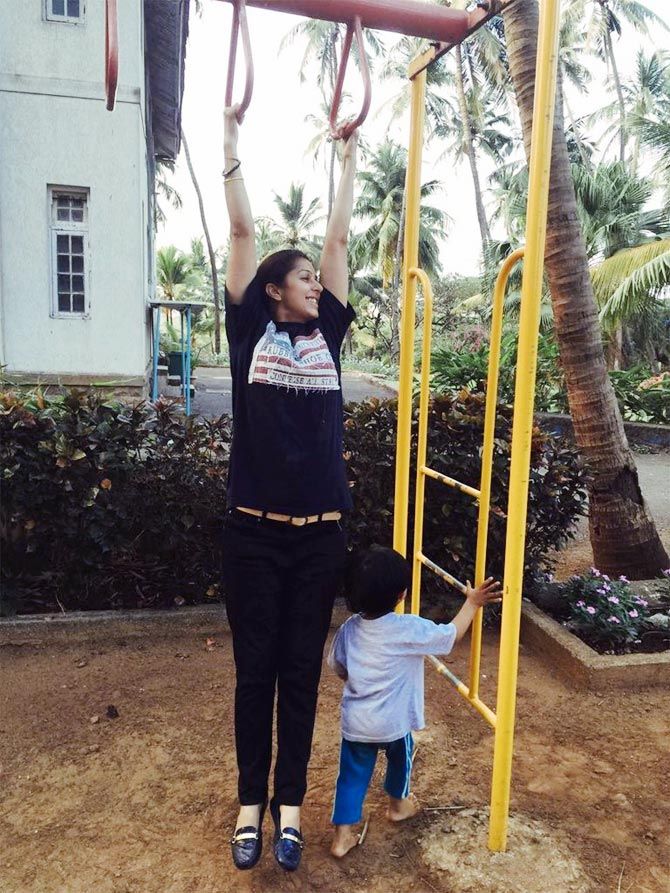 How much has life changed after the birth of your son two years ago?

A child gives birth to a mother, that’s how you start. You are so inexperienced for your first child that you don’t know what’s happening. You learn everyday. The first year is especially difficult for the mother -- whether it’s about food, vaccinations, the AC, bath temperature... you’re constantly learning.

The second year is a different journey. Now, you have to teach the child to eat vegetables, talk correctly.

It’s a constant journey for a mother and it’s beautiful.

I am a total hands-on mom. I love to do everything for Yash, feeding him, giving him a bath, putting him to sleep, reading to him... I love spending time with him.

Does he know that his mother is a star?

No. Now, in fact, in the last three-four days, when I step out of my home, he asks me, ‘Mumma, aap shooting jaa rahe ho?’ (mumma, are you going for shooting?)”

He doesn’t know the meaning of shooting, just that my work is called shooting.

Did you miss working in Bollywood?

Within these nine years, some very good films have released. Good films that were not in the standard format of Bollywood. I used to watch these films and say ‘wow’. The cinema is changing and people are more accepting towards different characters and films.

That’s when I started feeling that it would be nice to be a part of the industry, where such beautiful change is happening. I hope that different films will come and I will get to work.

Which film would you have liked to be a part of?

You have always kept your look simple.

Yes, I think it comes from within, even if I get makeup and hair done.

I appreciate women who can really go out and look gorgeous and glamorous. It’s not easy for everyone.

Looking hot and sensual is not something that everyone can carry off.

Has your husband Bharat Thakur seen your films? Which is his favourite?