'When I look at my journey in Bollywood, I realise that all of those things were small pieces towards a larger sort of plan, which just had to fall in place the way it did.' 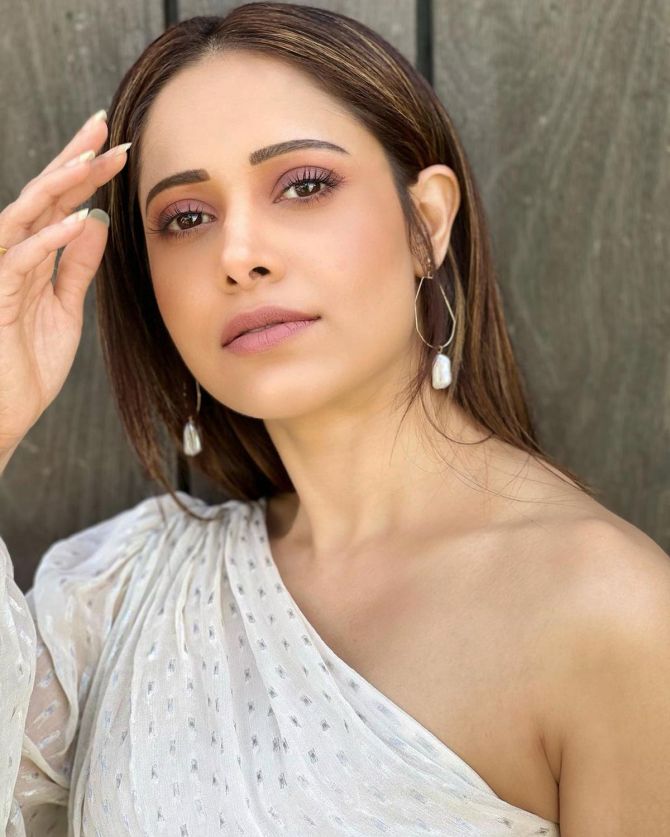 Nushrratt Bharuccha stars in her first horror film Chhorii, a genre she is 'extremely scared to watch'.

But it's an important film in her filmography, especially for the stand it takes.

As our review says, 'Chhorii's combination of feminist themes and frightening imagery aspires for the same space as Pari, Bulbul and Stree whose social commentary is as potent as its scares.'

Nushrratt tells Subhash K Jha, "It was a daunting experience and one of the most difficult films I've done so far."

It has been almost 16 years since you started your career. Has it been a long, hard journey?

When I look at my journey in Bollywood, I realise that all of those things were small pieces towards a larger sort of plan, which just had to fall in place the way it did.

I don't want to change anything about it.

I am thankful for everything -- be it the accolades, the rejections and the constant ups and downs.

All of this has made me what I am today and I am very happy to be who I am today. 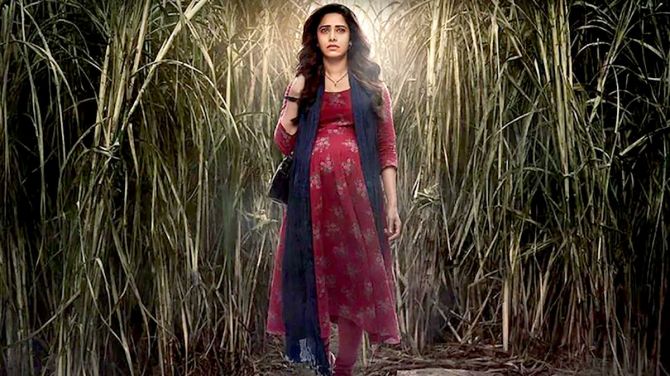 Chhorii seems to be the most important film of your career.

Yes. Chhorii is not just another horror film.

It is a horror film with a perspective, one that brings to light a social evil, provoking thoughts that inspire us all to take responsibility.

Chhorii will also raise the bar for horror films, in terms of the fear quotient, the narrative and the thrills.

It was a daunting experience and one of the most difficult films I've done so far.

You play a traumatised, pregnant, woman. How tough was it to get the body language and the emotional landscape right?

Cinema has evolved to a whole new level altogether.

An artiste needs to put in all their effort, so that they can breathe life into the character being portrayed.

It's our responsibility to ensure that we do not ruin the performance by over-delivering.

The performance needs to be really subtle.

The audience, at a subconscious level, has to be convinced that I am pregnant without me actually telling them I'm pregnant.

It was very tough to put myself in the shoes of a pregnant woman.

I had the team make the bodysuit for me a month in advance.

I used to wear it and roam around the house all day, so that I could get the mannerisms and the posture correct. 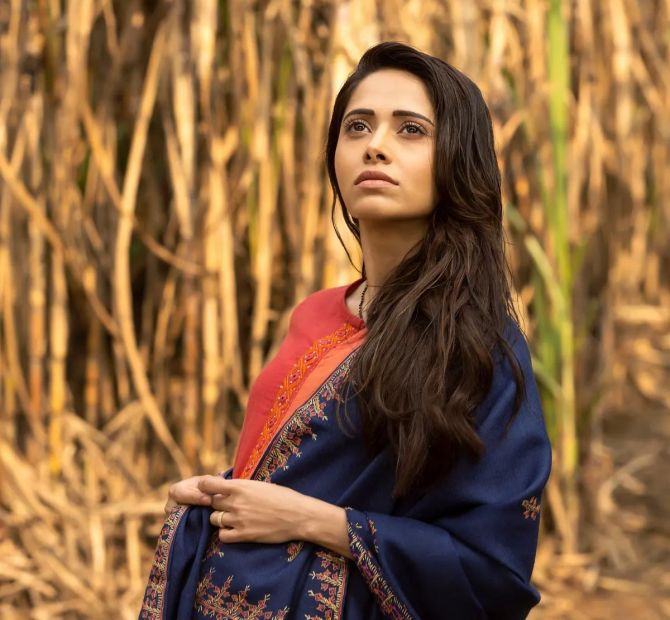 How did you master the emotional landscape of your character?

I spoke to women who've been pregnant and understood what was it like for them.

I spoke to my mum, my sister and a few friends.

For each of them, the experience was different, so you couldn't really draw common things.

I took a little bit of experience from each of them and put that into this role.

And by default, I feel women have that caring, nurturing, protecting instinct in them.

I think that's something that is auto-tuned into our systems, so that came naturally to me.

You haven't really done horror before. Do you enjoy watching and working in the genre?

I have done a horror film before this.

But this would be my first lead role in such a film, and it is a horror film in the true sense.

I am extremely scared to watch horror movies; I watch them with my eyes shut!

But I love watching them with friends.

Usually, when a new horror film comes out, I am one of those who says no at first, and then eagerly sits and watches the film with a tub of popcorn.

Even for the prep of this film, Vishal Sir (Director Vishal Furia) asked me to watch a couple of them.

Being in one was quite an experience. 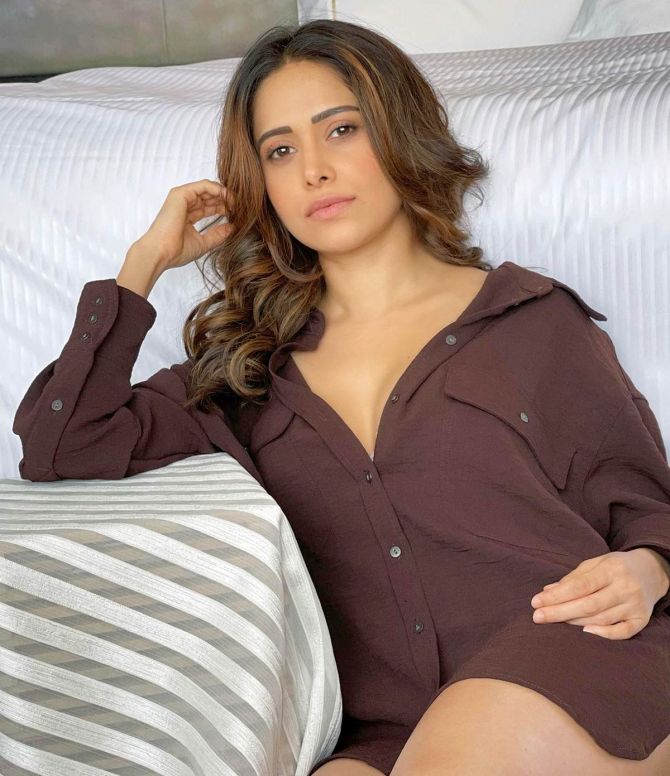 Do you feel the OTT platform has opened up new avenues for good but unconnected actors like you?

OTT reaches audiences in the nooks and corners of the world, unlike theatres, which are region specific.

So the kind of audience you get on a OTT is larger and across geographies with varied tastes.

You will find all sorts of audiences consuming different content, which makes it a very interesting space for any creator to experiment and explore genres without the pressure of box office numbers.

In the last one-and-a-half year, it has boomed so much. It's a great boost to us as an industry.

It has definitely opened up new avenues for the film industry as now we have new writers, new directors, new actors and fresh content coming up.

I hope it keeps growing.

All of us have gone through tough times in the last two years. How do you look back at the pandemic?

The second wave of COVID hit us a lot harder, with the entire industry coming to a standstill.

One good thing is that due to platforms like Amazon Prime Video, a lot of us got an opportunity to work -- actors, people who help on the sets, staff teams etc, could earn a living.

It's been a learning curve for us all, something to look back on. 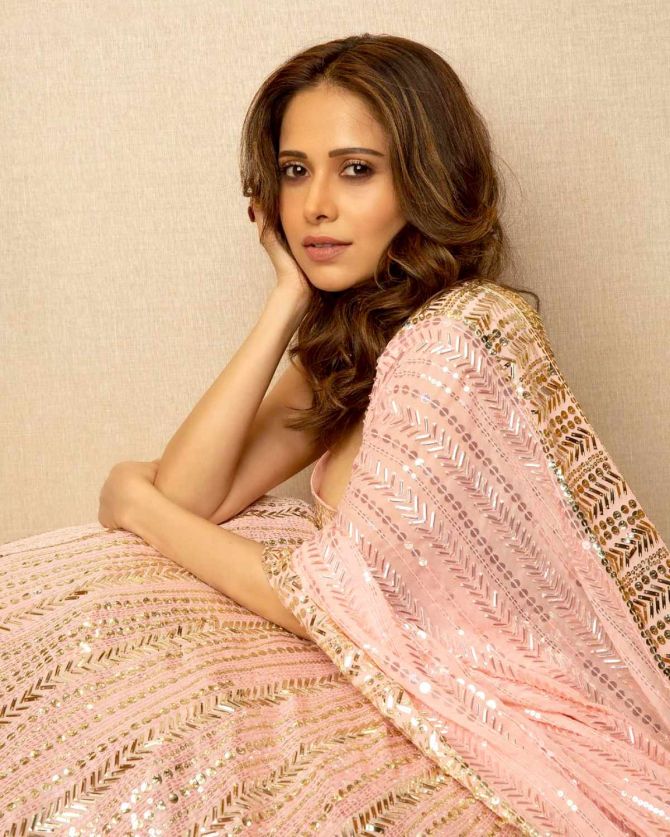 Chhorii was premiered at IFFI. Does it make you proud?

I am honoured to be a part of this prestigious festival and equally honoured that my film, which is a very special project for me, was screened here for audiences to watch.

Shooting for this film has been an emotional journey for me.

I have literally given it my all.

I don't think I could have asked for anything better than this.

Are you satisfied with the way your career is shaping up?

I have a couple of projects in the pipeline like Ram Setu.

I am in a very happy space right now with the kind of films I am doing. 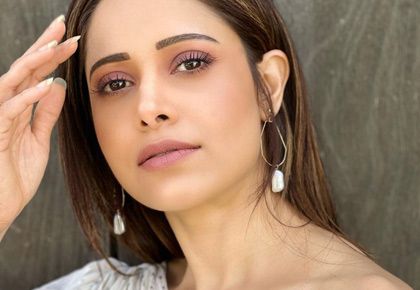