'I would like to work with certain people, which is not happening. I am still struggling.'
'There are people in this industry who want to work only with their favourite people.' 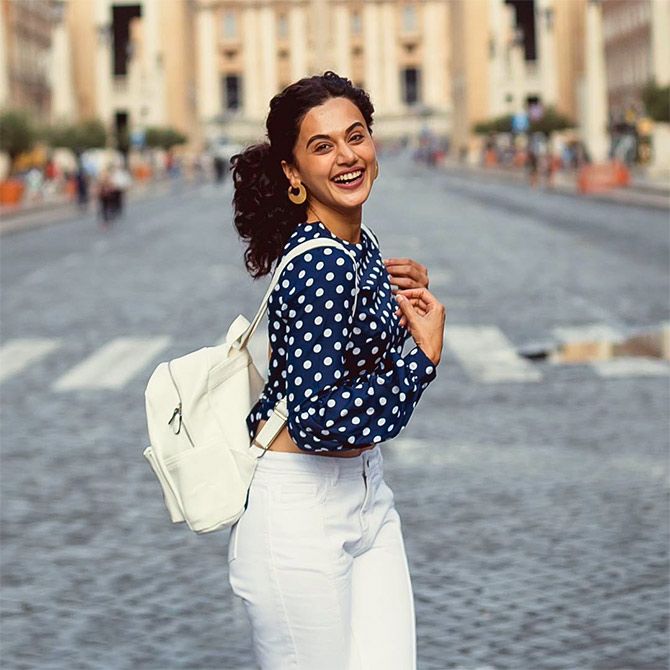 Taapsee Pannu grabs a hockey stick for her next film, Soorma, and lends Diljit Dosanjh able support in the biopic on hockey player Sandeep Singh.

How much did you have to train to play a hockey player in Soorma?

I was asked to learn hockey for the film, so I had to learn.

I had a few sessions with Sandeep Singh.

Luckily, my physique is like a sportsman and I am a Sardarni too! That played a role in my selection as well.

I am aware of the Punjabi dialect and the flavour of the language.

My father used to play hockey for Delhi University, so I am wondering how he will react! He is quite happy with the trailer. 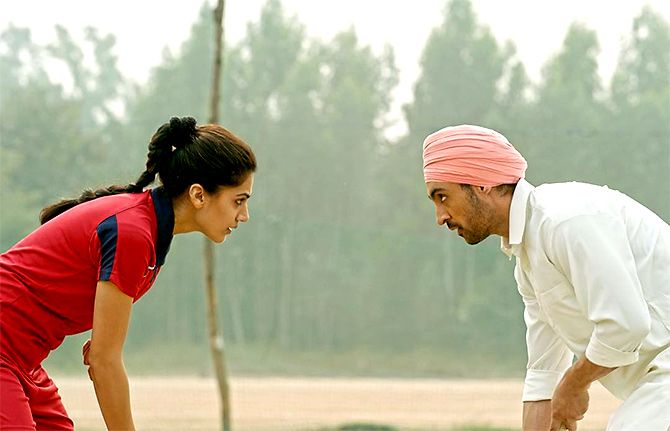 Were you good in sports?

I used to play all kind of sports, from basketball to volleyball to running. I used to participate in all kinds of sports activities in school.

Now, whenever I get some time, I play squash. So sports has been my passion for a long time.

Actress Chitrangada Singh is a co-producer on Soorma. Did you discuss the role with her?

Not much. We have met a couple of times. She is an extremely sweet and loving person.

Whenever we have met, she has been wonderfully warm and always praised me. 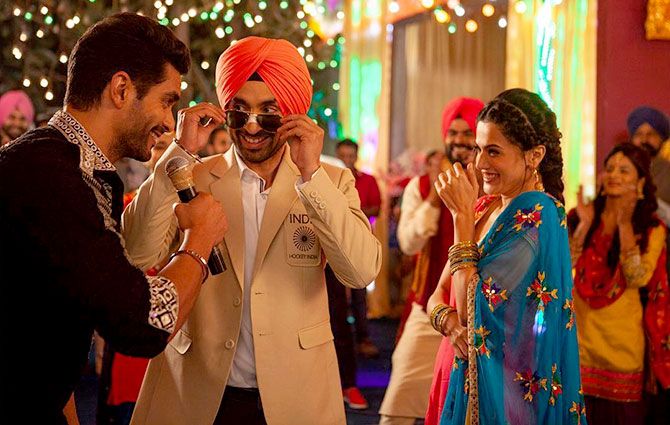 IMAGE: Taapsee with Angad Bedi and Diljit in Soorma.

In real life, he is a different person -- the opposite of his rockstar image.

He is someone who is involved with his work a lot.

In real life, he is very quiet.

Whenever I work with co-stars, I always want to have a good rapport.

So what I do is, I shamelessly try to speak to them. For me, building a rapport is very important.

Otherwise, it impacts my performance.

I was talking so much that Diljit started calling me Galla Di Rani (talkative person). He and Angad Bedi would always tease me.

How will you sum up your experience with co-stars like Rishi Kapoor and Amitabh Bachchan?

During the shooting of PINK, I did this intentionally.

I wanted to switch off from the Amitabh Bachchan phenomenon because otherwise, my performance would be hampered.

I did not want to be intimidated by his presence.

Now, I am shooting with him for Sujoy Ghosh's Badla.

With Rishi Sir, he used to bully me a lot on the sets of Mulk.

He was always after my diet, as he felt I had a better figure during my first Hindi film, Chashme Badoor. He feels I have become skinny now. 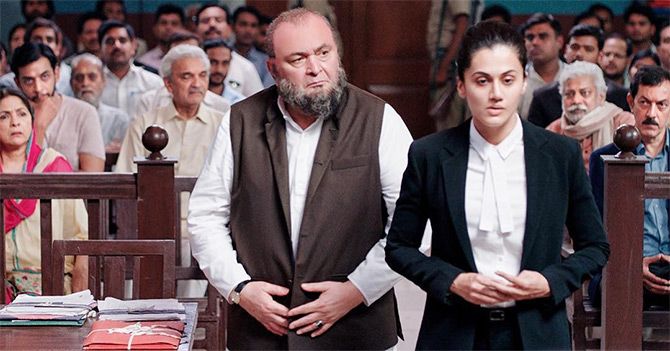 How is it working with Sujoy Ghosh?

Great fun! He is a mad man!

Off camera, I am amazed to see his madness.

He makes thrilling, intense, dramas. In real life, he is a funny guy.

I often tease him that he has only worked with big actresses like Vidya Balan, but now, he's working with me.

He would tease me, saying Vidya is his favourite. 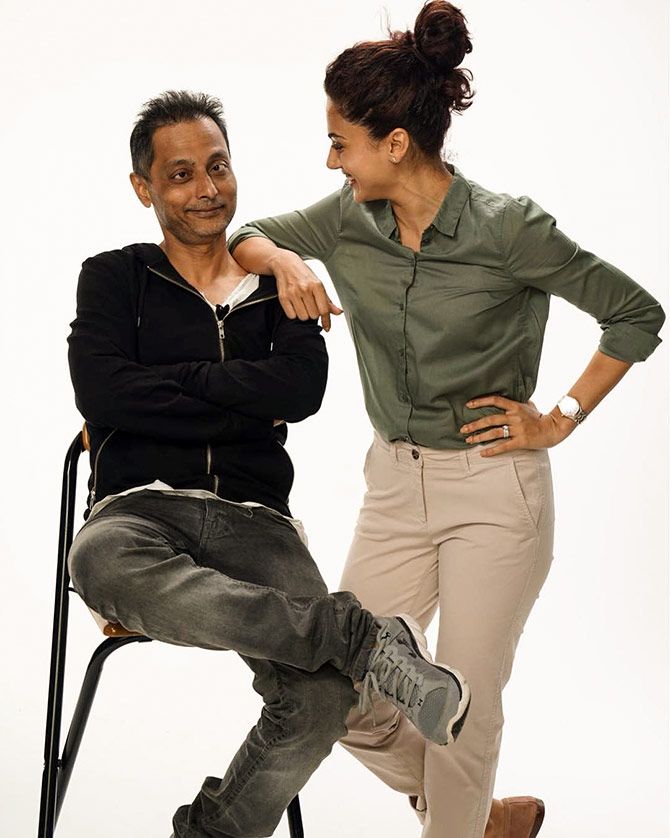 You are doing films down South as well. What is your strategy for selecting films?

I have a thumb rule that I will not stop acting in South movies. There was some speculation that I might stop, but I won't.

I have created my own identity there and the audience has accepted me. I do not want to lose that.

I have realised that I will not be cast against a big hero and I have made peace with that.

Now, I am looking at content-driven subjects.

I know that people will only come to me if they want to cast Taapsee Pannu in the film.

I have not made friends in the industry.

I am friends with all my co-stars and we do meet sometimes for movies.

When I am not working in films, I am a normal girl. I never take my work home.

I use public conveyance whenever possible. I want to stay real in life.

How will you evaluate your journey so far?

It has been a great journey, but I still have to face rejection.

I would like to work with certain people, which is not happening.

I am still struggling.

People talk about nepotism everywhere, our industry is no different.

There are people in this industry who want to work only with their favourite people.

The good thing about me is whenever I work with any director, I establish a good rapport.

So if I suit the role, they will call me.