'I found myself a bigger playground to play around in as an actress.'
'The characters I choose to play are far removed from the person that I am.'
'That, I suppose, is the fun of being an actor.'
'You can live many lives in one lifetime, right?' 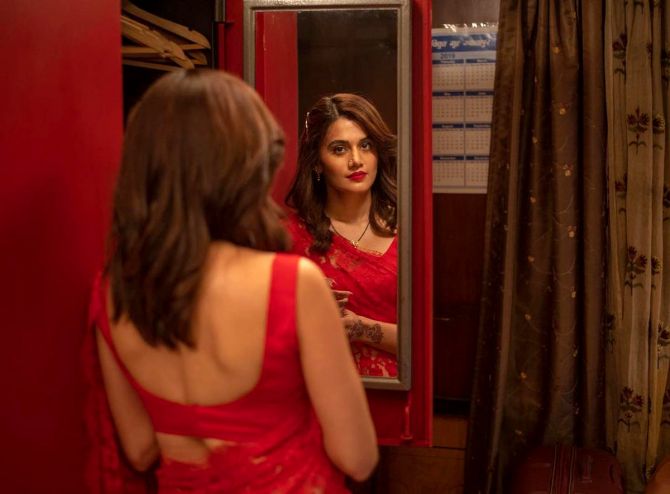 Taapsee Pannu is quite excited about her new film Haseen Dillruba and her very interesting character in it, Rani Kashyap.

"Infidelity is definitely not in my range of acceptable behaviour," Taapsee tells Subhash K Jha. "I would never accept or condone it in my own life."

How did Haseen Dillruba fall into your lap?

It was a not-so-simple story and I loved it.

Haseen Dillruba was like Manmarziyan with infidelity and murder.

I told Kanika I wanted to hear the story.

Then I had to go for an outdoor shooting, so she told me she would narrate the subject after I returned. 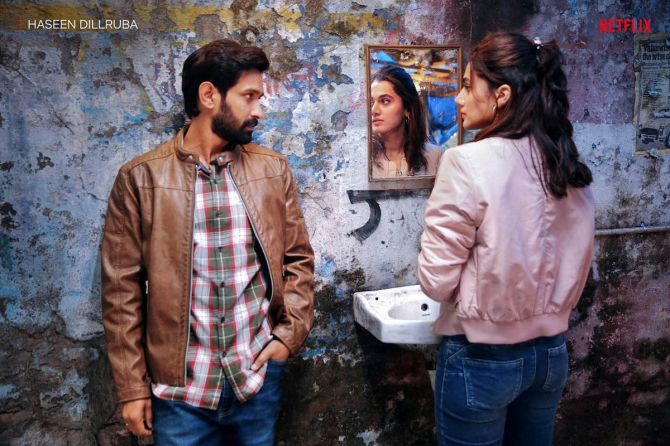 By the time I came back, I got to know that the offer had already gone to someone else.

I moved on to other projects.

A few months later, Kanika called me to her office urgently.

The last time she asked me to come to her office, it was to narrate Manmarziyan.

I had this big smile on my face when she narrated Haseen Dillruba.

When you want something really badly, the universe conspires to get it for you.

Haseen Dillruba went around and then came to me.

I am thankful to the actresses who said no to playing Rani Kashyap. 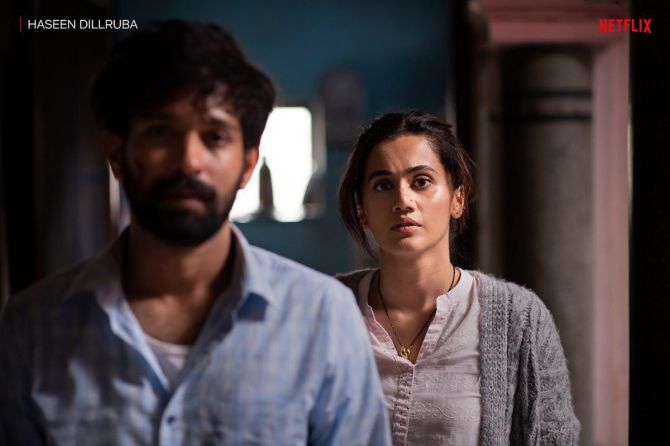 Weren't you shocked by how far your character Rani Kashyap goes in pursuit of personal gratification?

I think it is a very interesting dichotomy because Rani looks like a typical, conventional heroine.

She loves to dress up in traditional chiffon saris and salwar kameez in her sasural.

I don't think I've spent so much time getting ready for any film.

Rani has worked in a salon, so she is very conscious about her grooming.

In her looks, she is a typical heroine.

But she is anything but typical.

Yes, her behaviour is definitely not that of a typical heroine.

I actually began to gravitate away from the stereotypical representation of the heroine a long time back.

I found myself a bigger playground to play around in as an actress.

The characters I choose to play are far removed from the person that I am.

That, I suppose, is the fun of being an actor. You can live many lives in one lifetime, right? 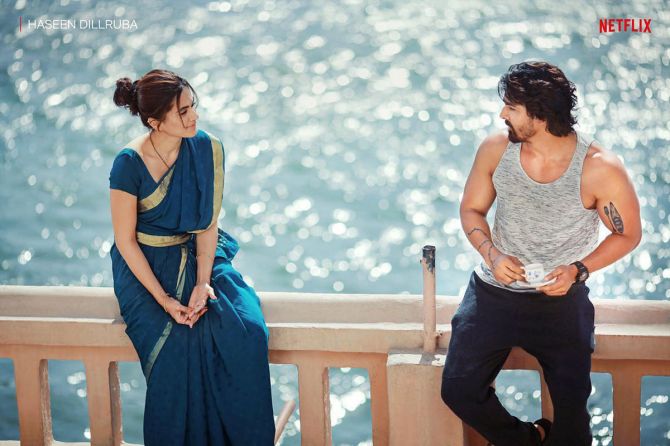 But your character in Haseen Dillruba is next-level unconventional.

The whole excitement of putting myself out of my comfort zone is what gravitated me towards Haseen Dillruba.

I never thought I'd play a seductress like Rani, a woman who uses her sexuality to her own advantage.

This character has brought out a side of my personality I never knew existed.

You asking me, Taapsee? Yes. I am not that person I play in Haseen Dillruba.

You will rarely find me in the grey zone.

Rani's behaviour is a big no for me.

Infidelity is definitely not in my range of acceptable behaviour.

I would never accept or condone it in my own life.

Having said that, I must also say that it's not as though I am not aware that these things happen in real life.

If we are honest to ourselves, we are aware of quite a few of such relationships where crime surfaces later.

So yes, as Taapsee, I was shocked. But as an actor, I didn't find it difficult to accept Rani's behaviour.

I was also shocked by Rani's reaction to her own infidelity. It's such a shameful thing, one would normally sweep it under the carpet.

But Rani is such an honest person.

When she develops an extra-marital relationship, she is determined to tell her husband about it. And she does. 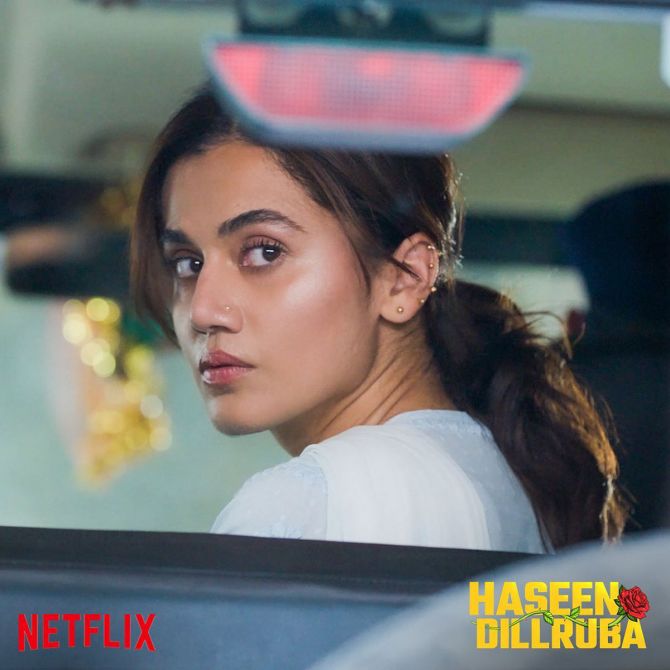 How many women would do that?

Exactly. Rani feels she must be true to her feelings.

It's not her intention to have a closeted extra-marital relationship.

She's very honest about her needs and desires with her husband.

When she's disappointed in her marriage, she has an extra-marital affair.

This is not something she had planned. But when it happens, she doesn't shy away from the truth.

She is ready to leave her husband for her lover. All this made the character quite shocking for me.

Is Rani in Haseen Dillruba the nastiest heroine you have played?

I am not sure because I had played a really nasty woman in Badla.

Just because she was suave, she didn't come across as in-your-face wicked.

I think Naina in Badla is nastier.

Rani is more honest and she is probably the most flamboyant character I've portrayed. Do you miss the big screen for Haseen Dillruba?

You have seen the film. You know the visuals are designed for the movie theatre.

It has all the ingredients to travel to beyond the so-called A centres.

We waited as long as we could.

If we waited any longer, the product may lose its validity.

I've so many other films nearing completed. How long could we wait? 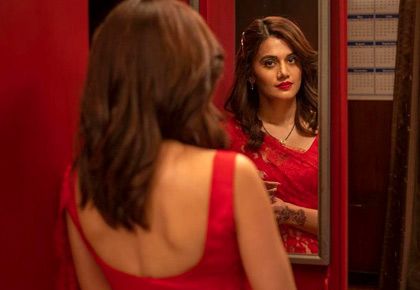