'Aishwarya and I decided to be actors and we decided to come into this profession.'
'It is not Aaradhya's choice. She is our child. Let her grow up and decide.' 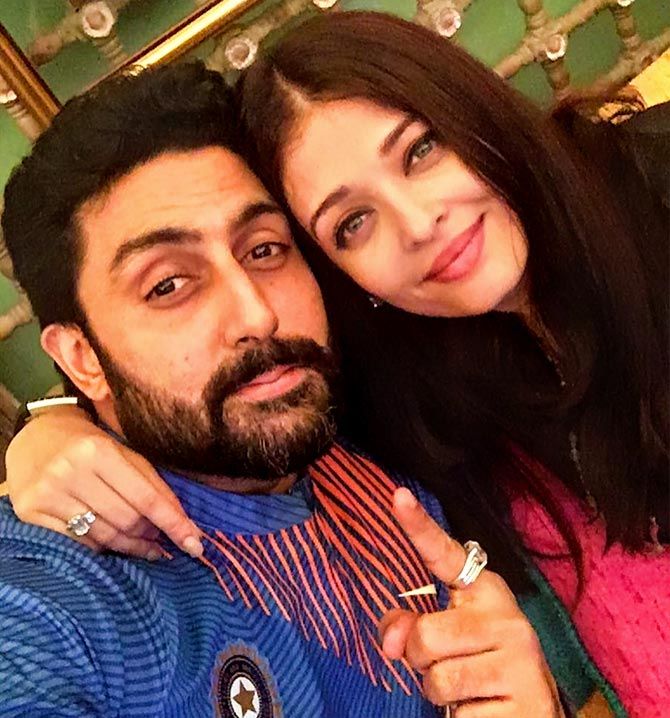 Abhishek Bachchan returns to the movies after two years, and the wait seems to be worth it.

Abhishek told Rediff.com contributor Urvi Parikh in the first part of an eloquent interview that he was happy to be making movies again.

You have done all types of roles and explored all genres. Which genre are you comfortable with the most?

If I am ever comfortable doing a film, I won't do it.

I am done with being comfortable.

That was one of the main problems that I was having.

I was too comfortable doing everything. When that happens, you start switching off.

I want to do work that really scares me, that is challenging.

It should make me uncomfortable. 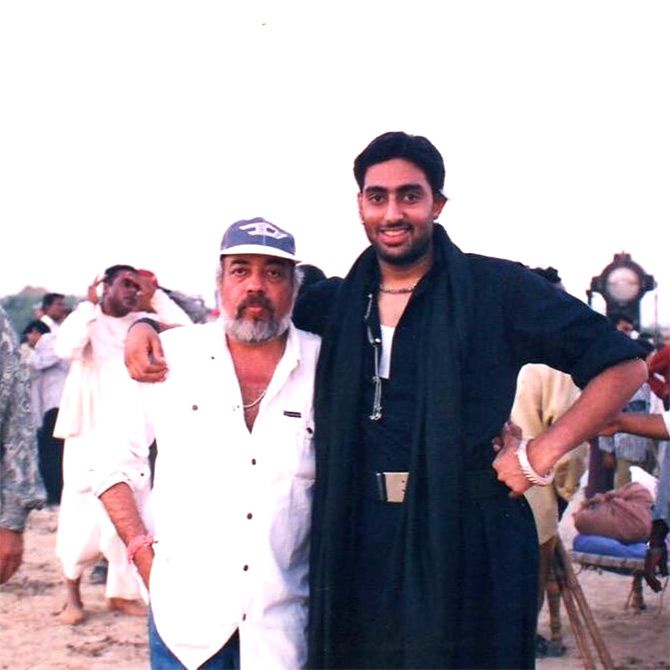 Why did you opt out of J P Dutta's Paltan?

There was a certain situation why I could not end up doing it.

It was heartbreaking for me.

J P Duttasaab launched me; he is family to me.

I would have done anything for him, but I could not.

It was unfortunate also because it marked the debut of Nidhi Dutta, his daughter, as producer. She has grown up in front of me.

I will be there for J P Dutta always, and it was very difficult not to be a part of this movie.

I will always be indebted to him for introducing me to the world of cinema. That relationship won't change ever.

Do you feel pressure that people always compare you to your father Amitabh Bachchan and his achievements?

Never. I haven't thought that way. And if they are going to compare, then it is with the best! (smiles) With dad, you get pure honesty.

He is one of the two people who did not like my work in Yuva. The second was Anurag Kashyap.

Dad felt my performance had too much effort.

At that point, I didn't understand.

But today, when I see it, I know why he said that. And I agree with him.

Then he praised me for Guru.

What is your take on nepotism in Bollywood?

The debate was started by the media.

Is it an advantage? Yes.

Is that something I am aware of? Yes.

Is that something I respect? Absolutely.

I don't undervalue it ever.

But I won't forget something that Yash (Chopra) uncle told me at the premiere of Refugee at Liberty Cinema.

He was the first person I met there.

I have grown up in front of him, so he was very happy and excited.

I took his blessings and he told me, 'Your father has brought you to the premiere. Tomorrow is the first show. After that, it is your journey. If they don't like your work, they won't go for the second show.'

Is it easy for children from the industry to get their first job? Yes.

You must also understand why, but that is a separate debate.

Anyway, but after that, it is your talent which will take you forward.

This industry has more examples of industry kids who haven't made it, than outsiders who have.

At the end of the day, it comes down to talent, hard work and attitude.

It is also because of you that the audience is excited to see someone... because they are somebody's kids.

When I was launched, it was Mr and Mrs Amitabh Bachchan's son. So there is an interest to know what will he do.

Today, why do you guys take so many pictures of star kids? It's because their somebody's children.

I wish it didn't happen, but that's how it is.

Till the time actors have children who want to be actors or are actors, there's going to be an interest about them.

But that interest will last only till the premiere. After that, it is the talent. 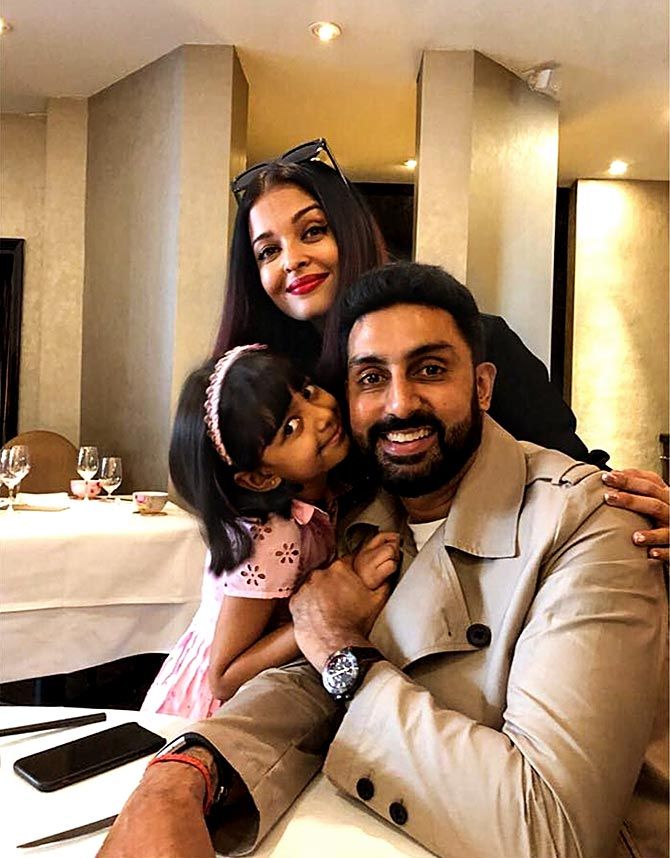 You will work with your wife in Gulab Jamun. How did the film happen?

Gulab Jamun is a beautiful film, written and directed by Sarvesh Mewara. He got us the script a year back and both Aishwarya and I liked it very much.

When we are doing it is not decided yet. The logistics are being worked out.

But we are excited to do this movie together.

You last worked with Aishwarya in 2010's Raavan.

I love working with her.

She is an unbelievable professional and a wonderful actor.

I have always enjoyed every film that I have done with her.

Did you watch Fanney Khan?

I really enjoyed it.

I think Aishwarya was absolutely sensational in it.

I told her this is one of her performances where she just let herself loose. She was so uninhibited.

You got to see a completely different side to Aishwarya.

Any plans to produce a film again under ABCL?

I would want our home production to make movies again, but that will take some time -- at least one or one-and-a-half years -- because I want to do it right.

Right now, I am focusing on my films.

By the end of next year, I shall pay attention to the production side and we shall soon come up with a slate.

What is your take on the paparazzi culture given that it wasn't like this in your childhood? Does it bother you?

Yeah, we didn't have that much media around, but it is what it is and we have to accept it.

It is here to stay and there is nothing that you can about it.

But I would request them to leave the children alone.

Let them grow normally and have a normal childhood.

They don't understand what is going on.

Aishwarya and I decided to be actors and we decided to come into this profession. It is not Aaradhya's choice. She is our child. Let her grow up and decide.

Let the children be, they are too young.

That is my request, but I know it won't happen. 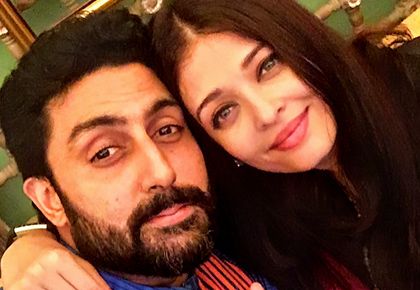