Editor's note: After this interview was published, Tiger Shroff has denied the part of the interview where he describes the girl he would like to get married to.
Rediff.com's Jahnavi Patel recorded the interview, and we would be happy to share the recording with Tiger to refresh his memory.

'I will get married to a girl from the village.'

'When I reach home, I want a massage, so that I can get relaxed.'

'She should stay at home, keep the house clean and give me home-cooked food.'

In other words, Tiger Shroff's dream woman is probably nothing like the bold, action-loving heroine of his new film, Baaghi: A Rebel For Love.

"I'm shy," Tiger Shroff says, during the course of this interview.

But he needn't have to say that. It's really very obvious.

Tiger is perhaps one of the shyest actors of Bollywood, who speaks softly, blushes often and is a man of very few words.

Obviously very different from his character in the loud, action-packed new film Baaghi: A Rebel For Love.

Jahnavi Patel/Rediff.com reveals another side to the actor. 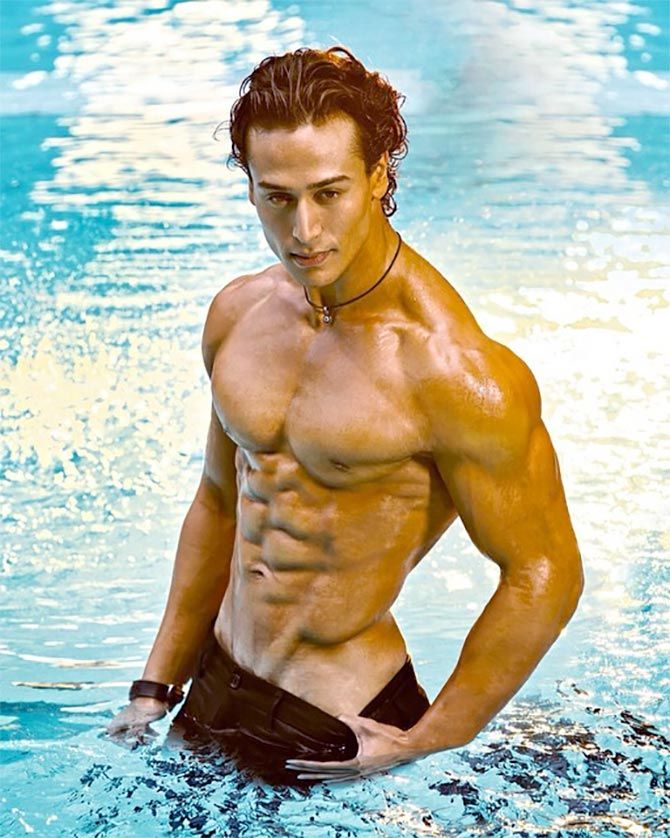 Tell us about Baaghi.

My character is a baaghi (rebel) like the title implies. In the beginning, he doesn't have an aim.

He's got an ego which gets him into certain kinds of situations and trouble, but he likes to fight. That is, till he meets a Guruji. The guru makes him a baaghi with a cause.

He channelises his inborn talent, and disciplines him, makes him more composed.

What was the toughest part of the film?

The training. We have tried to show a different kind of action, so I had to train very hard and take part in action workshops.

I had to learn a different kind of martial arts, which were alien to my body. So adapting to that was difficult.

Fighting people in Bangkok was very difficult because when they say 'action', they really hit you. You have to be really fast, and move out of the way. It was physically challenging.

Which form of martial arts have been used in the film?

The main martial arts form is Kalaripayattu, which has originated in Kerala. People say that it is the mother of all martial arts.

It's a difficult martial arts to master because they say that once you've crossed seven years of age, you cannot learn it. I understand why, because it's very difficult.

My teacher Grandmaster Shifuji, who is also seen in this film, has taught me martial arts.

Which style is your personal favourite?

I love Bruce Lee's style; it's called Jeet Kune Do (Intercepting Fist). I especially like the way he does it.

More than the style, it's the way he fights. He has that charisma about him. Even when he stands, he looks like a hero. 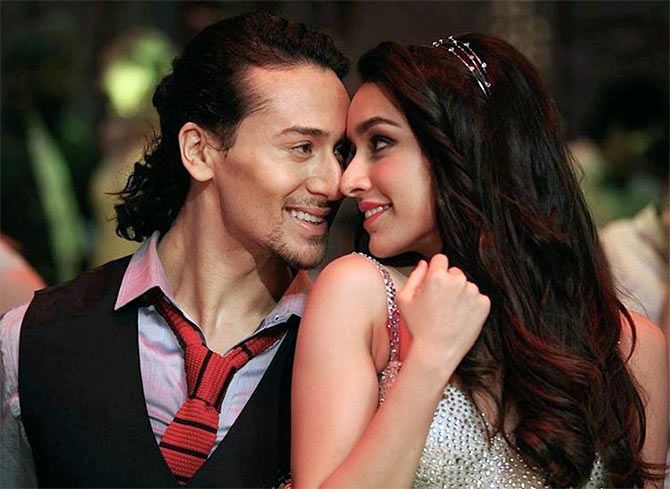 Superb! We know each other since childhood; we were in the same school too.

I had a huge crush on her in school.

I got a chance to work with her so early in my career.

She's such a positive and happy girl. Even after so many blockbusters, she's simple, and that's superb. It made me very comfortable doing the romantic and action scenes with her.

It wasn't easy to talk to her in school, but here, it was.

Heropanti wasn't an action film, it was more of a love story and drama.Baaghi is a pure action story. 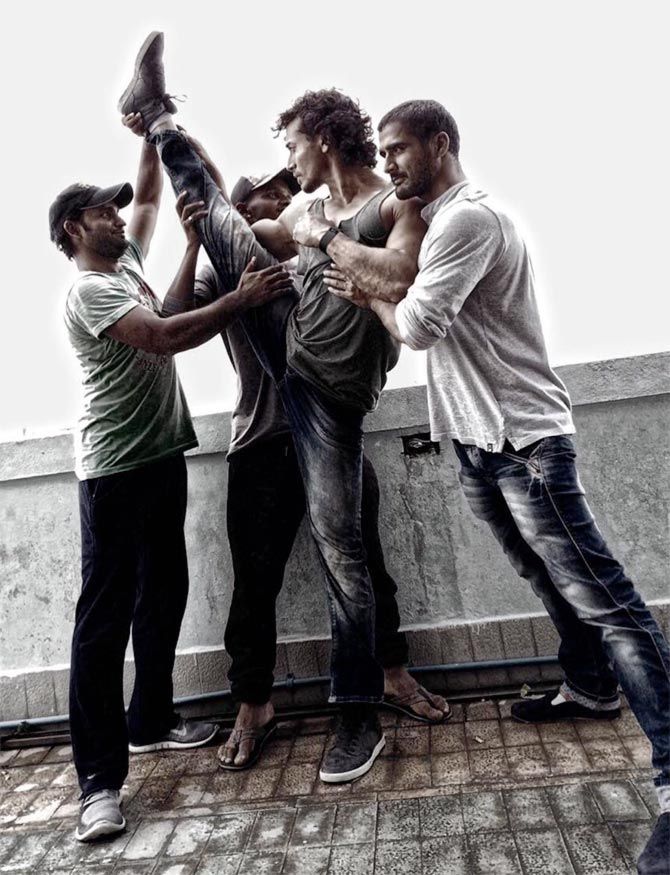 You don't like using a body double. Is it because you are keen on learning new things?

Yes. Also, I don't like taking credit for someone else.

If I have to use a body double, it means I'm not well prepared to do what I have to do.

So why shouldn't the body double be the hero of the film?

Stuntmen don't have a lavish life. They are such hard working people, but not respected enough. And I don't like that.

If I become something in my life, I want to give them a better life, take them to a higher level.

What do you look for when you sign a film?

Honestly, this is only my second film. I want to make an identity for myself, expose my talent to its full potential.

I look for roles where I can do justice, show people a side of Bollywood they haven't seen before.

I see myself as a commercial hero, who can dance and do action -- the stereotypical hero.

People want to be entertained and music is a great source of entertainment. That's when my dancing comes in.

Action is a universal language, so everyone understands a punch and a kick.

An actor's life is very unpredictable. Do you have a Plan B?

No. I feel that if there's a Plan B, there would be no need for a Plan A.

This a field where it should be everything or nothing.

Nowadays, actors are so prepared and competitive that so you can't leave out anything. 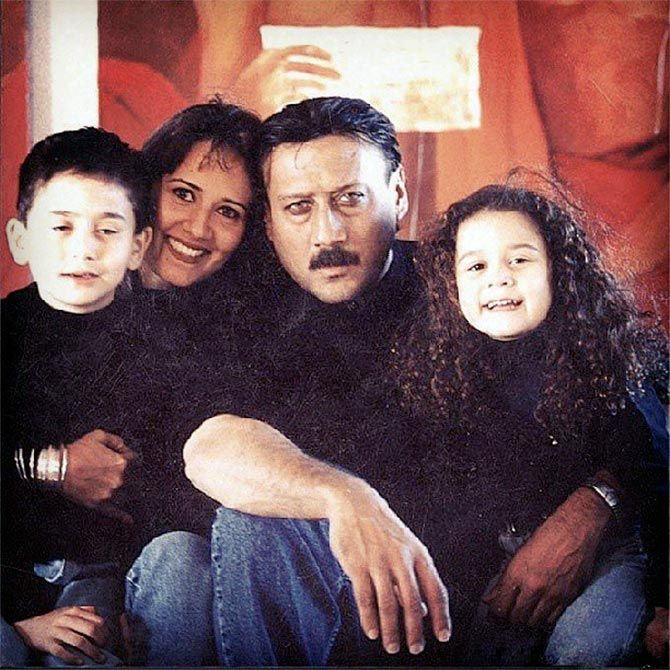 The best parental advice you've got?

That has worked for me.

If you were to star in a remake of one of your father's films, which one would you choose?

I would like to star in Parinda and play his character. 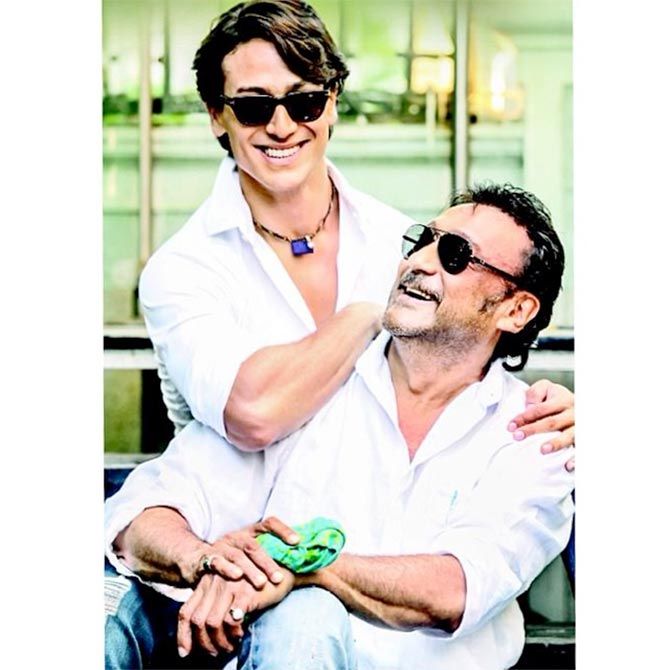 What do you love most about your father?

He is bindaas about his work, his roles... and I can't do that.

He is cool without even trying.

Whenever he comes on screen, your eyes will automatically go to him, he has that presence.

My father has worked so hard for his family that now, I want him to be happy and be taken care of.

Is there anything you'd want to learn from him? 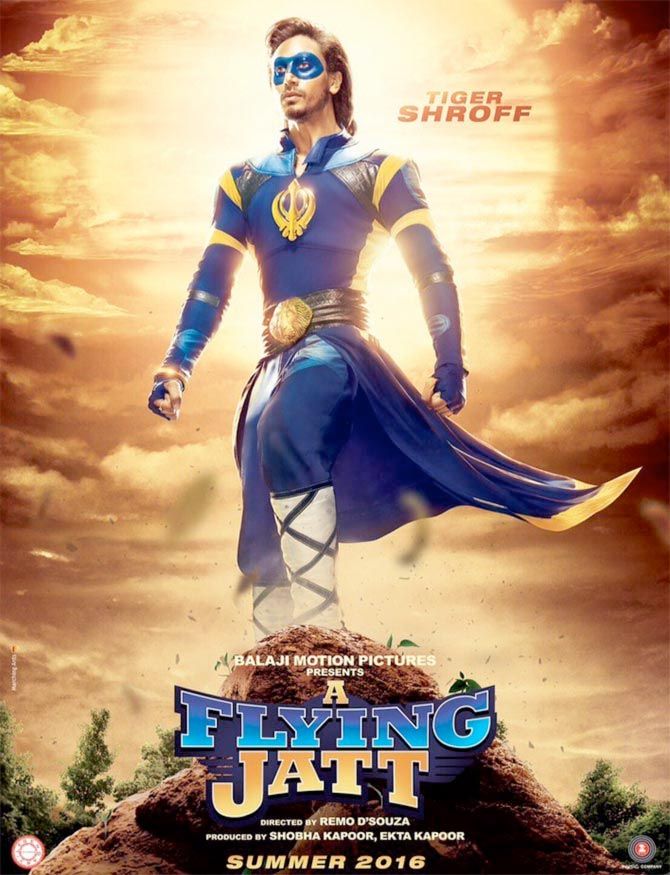 The poster of your next film A Flying Jatt is being compared to Krrish, What do you think?

What qualities do you want in your partner?

I will get married to a girl from the village.

When I reach home, I want a massage so that I can get relaxed.

She should stay at home, keep the house clean and give me home-cooked food.