'I hope I make people laugh'

'I have faced a lot of rejections in my life.'
'I would get at least four rejections every day.'
'I am here to stay.' 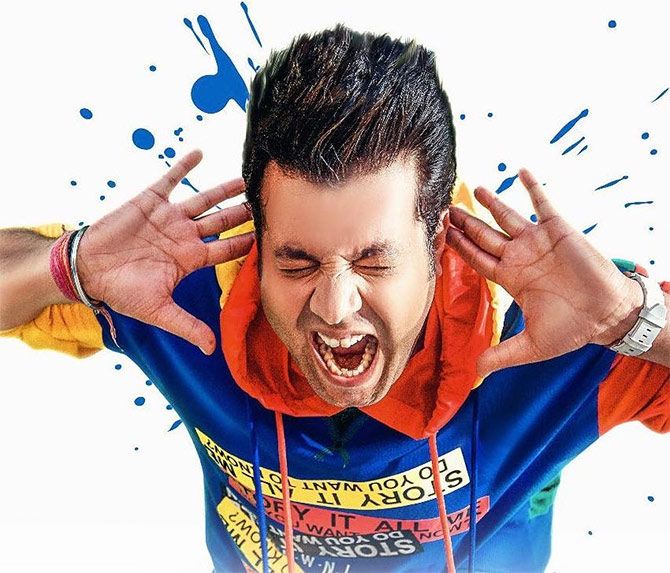 He may be making you laugh, but it's been a challenging ride for the young actor.

Even with no godfather to help him, Varun made his way to Mumbai from Jalandhar, and has a platter full of movies coming up this year.

"I am one of those people who likes to remain as I was before I became an actor. There is no need to fake it or wear expensive clothes, which a lot of people suggest that one does after becoming an actor," he tells Rediff.com Contributor Ramesh S.

Bollywood Buzzinga. Tell us about it.

We have all grown up watching Hindi movies and uttered filmi dialogues.

We have also been inspired by films, whether it is Shah Rukh Khan's 'cool locket' from Kuch Kuch Hota Hai or Sanjay Dutt's 'revolving knife' from Musafir.

So when this concept came to me, it intrigued me and I quickly came on board. 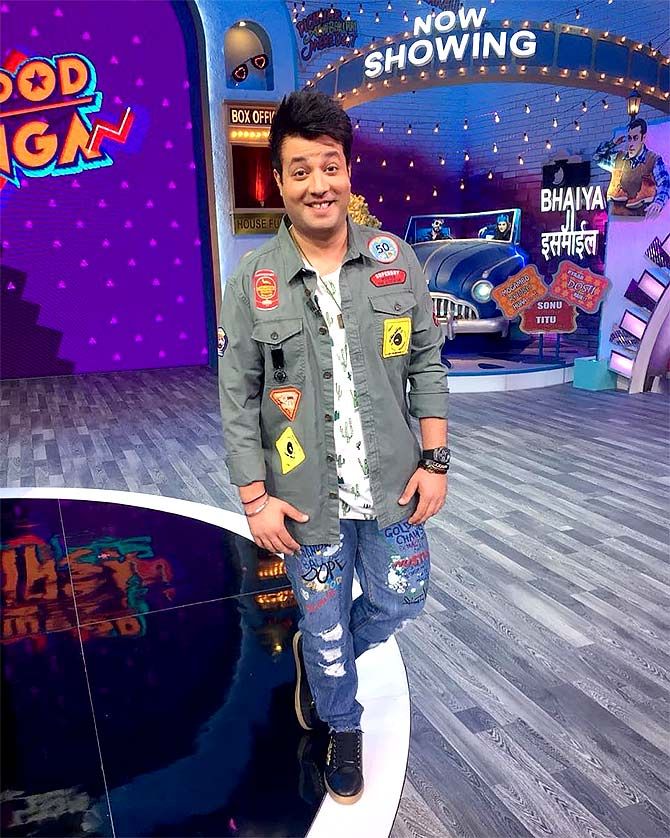 Is it meant for hardcore movie buffs?

Bollywood movie buffs will surely love the show, but it's also for those who are inclined towards films and cinema.

For people who don't have much interest in cinema, this show can get them interested because they will know the answers and the trivia behind a particular film.

They will also get to know anecdotes, which happened during the film shoots.

The most beautiful thing about this show is that it's for all audiences, from an eight year old to an 80 year old.

Are you a Bollywood buff?

Yes, I am a hardcore Bollywood buff.

I have loved films since childhood.

Now, I have learnt the technical things behind films. For instance, I didn't know Aditya Chopra's first movie was as an assistant director. 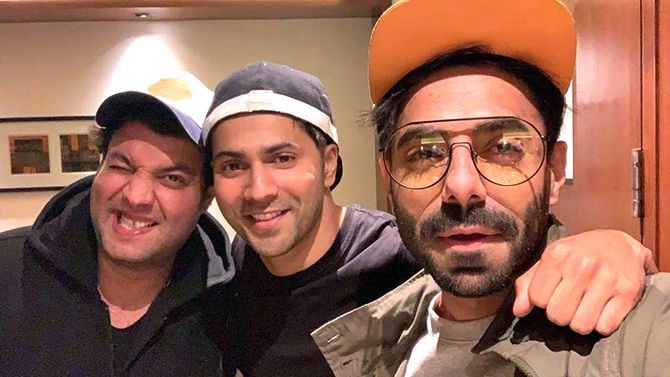 Which of your friends would you like on the show?

I would like to have Varun Dhawan, Kriti Sanon, Huma Qureshi, Saqeeb Salem, Diljit Dosanjh, Baadshah...

Everybody loves films and is very knowledgeable, especially Varun.

How tough has it been for you to survive in this industry without a godfather?

It has been challenging.

I come from a non-filmi family. My mother is a retired fine arts teacher and painter. My father had a business of hand tools.

I have grown up in Jalandhar, did my schooling there and completed my college studies in Chandigarh.

I watched Baazigar when I was six or seven, and I stuttered to my mother that I wanted to be an actor.

She said, go and eat food, we will chat later.

But that stayed with me.

I graduated in film-making in Chandigarh and moved to Mumbai to understand how it functions.

I met good people and I feel it is a very welcoming industry.

If you are talented, focused, and always at it, things can change.

I have faced a lot of rejections in my life; I would get at least four rejections every day.

But my passion towards cinema was my driving force. 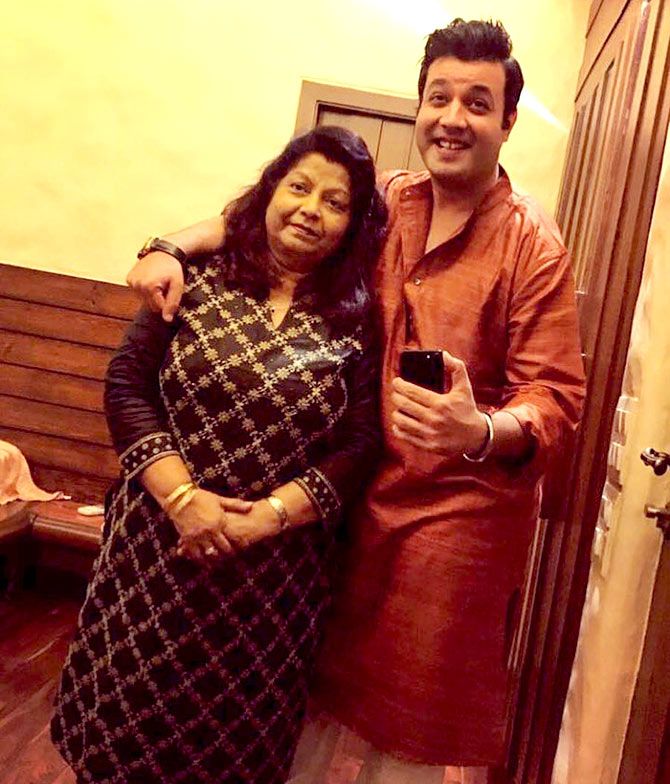 Was your family supportive?

When I was doing the rounds of auditions in Mumbai, they never asked to return to Jalandhar.

They would tell me to stick to my goal and work with all my heart.

I cracked my first advert for a telecom brand in six months after moving to Mumbai.

Then, I cracked my first feature film Fukrey, which was loved and accepted by everyone.

The audience and the film fraternity appreciated my performance.

Life changed after that.

It immediately went from auditions to narrations.

I still remember crying during my first film narration at a Juhu hotel (north west Mumbai).

The producer of that film asked me if everything is okay, and I said you can't understand the feeling of a first narration, where you are asking me whether to do a film or not. 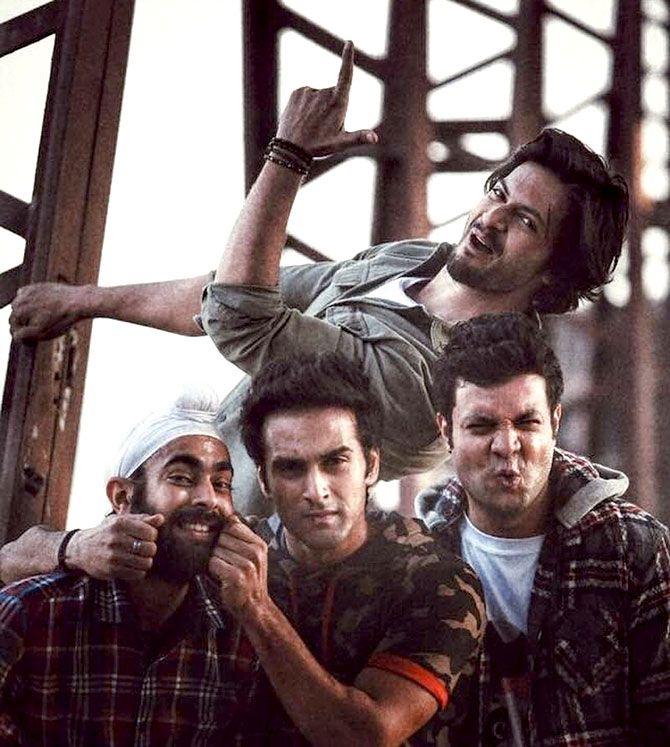 How tough is to remain grounded?

It is definitely tough, but I am one of those people who likes to remain as I was before I became an actor.

There is no need to fake it or wear expensive clothes, which a lot of people suggest that one does after becoming an actor.

Just be yourself in whatever clothes you are comfortable with.

At the end of the day, your talent will get you work.

Looks are important, but only when it has to fit your respective character in a film.

The financial constraints were challenging, but slowly, I kept moving.

Eventually, I am here to stay. 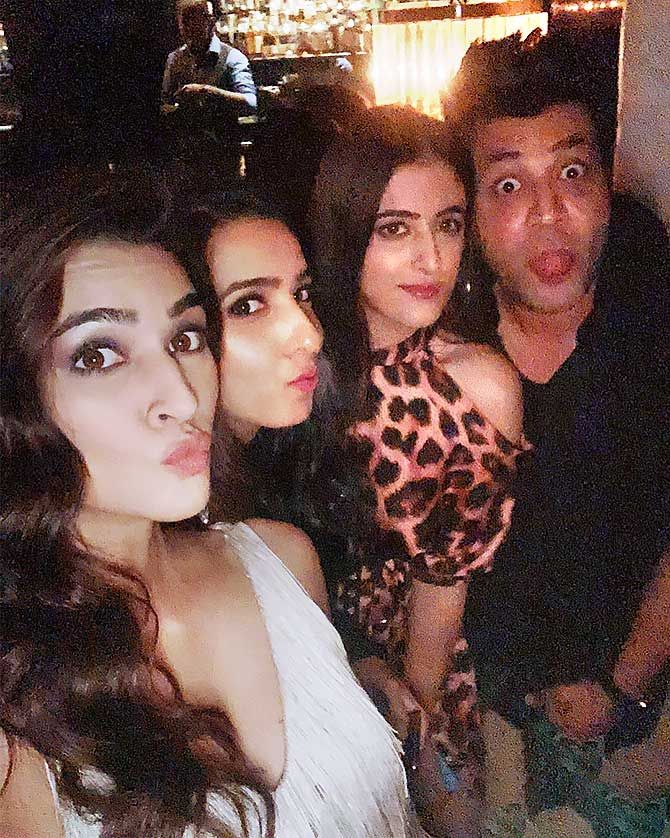 My next film is Arjun Patiala, which also stars Diljit Dosanjh and Kriti Sanon.

I am back with Kriti after Dilwale.

After that, I will be seen in Nitesh Tiwari's Chhichhore.

I have finished an untitled film starring Sonakshi Sinha, Baadshah, Annu Kapoor and others.

I will also be seen in a horror-comedy film called RoohAfza.

It's an interesting year for me.

I hope I entertain people and make them laugh.