'I have never been comfortable in my skin'

'Pole dancing has made me less anxious and more confident. It is one of the most liberating feelings ever.' 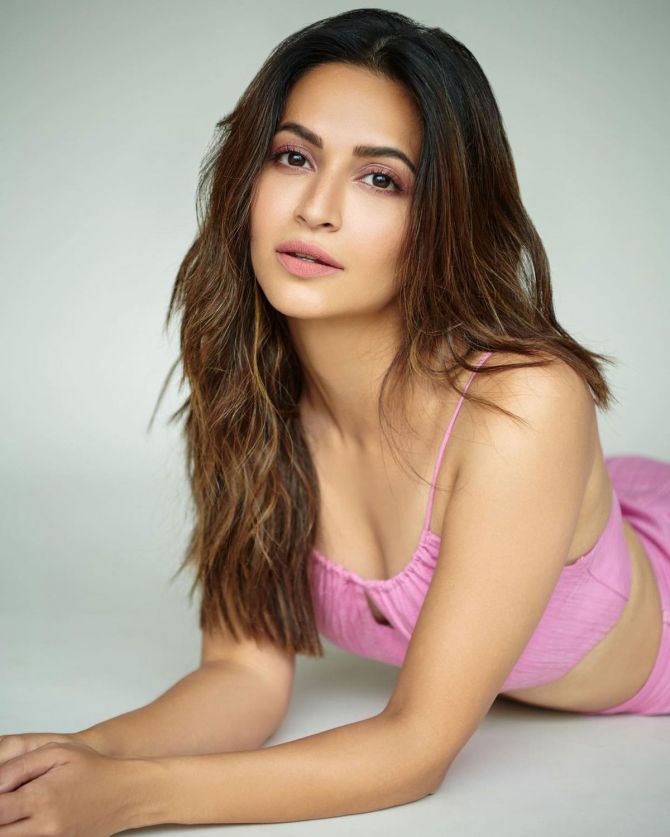 Kriti Kharbanda has completed 12 years in the film industry and has seen her fair share of success.

Her last release, 14 Phere opposite Vikrant Massey, has been a big hit on OTT.

While she's happy about the response, she admits that shooting in the pandemic is filled with anxiety and panic attacks.

"You can’t use sanitiser often as your nail paint will get damaged. You can't wear a mask because your makeup will melt. You cannot wear a PPE kit because your hairstyle will get spoiled," she tells Rediff.com Contributor Prateek Sur.

You have completed 12 years in the film industry. Have you achieved the kind of stardom you had hoped for?

I had zero expectations when I started.

You don't really have expectations when you don't have a role model.

For me, it was just a hobby that allowed me to make enough money to run the house.

I took acting seriously just four-five years ago. Before that, I never thought I would continue acting.

At that time, I was just a kid who never worried about her diet or looks. It's only now that I have started taking all these things seriously and have started pushing myself to get better every day.

I want to secure my future and my family's future and keep them happy. It's filled with anxiety and panic attacks.

I remember being so anxious and nervous on the first day; I was shooting after eight months and had forgotten how to speak in front of the camera.

After my first shot, I messaged my mom saying I had forgotten how to be an actor and she actually laughed. She said it's okay to be nervous.

It was a very scary experience to see people in masks and taking precautions.

But you can’t use sanitiser often as your nail paint will get damaged.

You can't wear a mask because your makeup will melt.

You cannot wear a PPE kit because your hairstyle will get spoiled.

I was just recovering from malaria when I started shooting for 14 Phere. My immunity was at an all-time low. I felt far more exposed.

It was scary because vaccination was not available at that point. Plus, you’re shooting at public locations.

By the end of it, I couldn't believe that I had shot a film!

In the first six months of the pandemic, I had nothing. I was in a very bad frame of mind because I had wondered how I would get back to work again. You have worked in the south too. How do you manage to work in so many varied languages?

It’s the favourite part of my job.

I am not just playing different characters; I have to challenge my brain to go from a Hindi to a Telugu or Kannada accent.

Right now, I am learning Tamil. I love the challenge of learning a new language.

You're very good at pole dancing.

I have never been comfortable in my skin.

I remember I was going to shoot for Housefull 4 and it was overwhelming as I had only been part of smaller projects before. Housefull 4 was my first big film and I was feeling anxious.

I realised that pole dancing was a bigger challenge than doing Housefull and it made me less anxious and more confident.

I still practice it. It is one of the most liberating feelings ever.

I don't do it only for fitness. It gives me the confidence that I thought I never had. 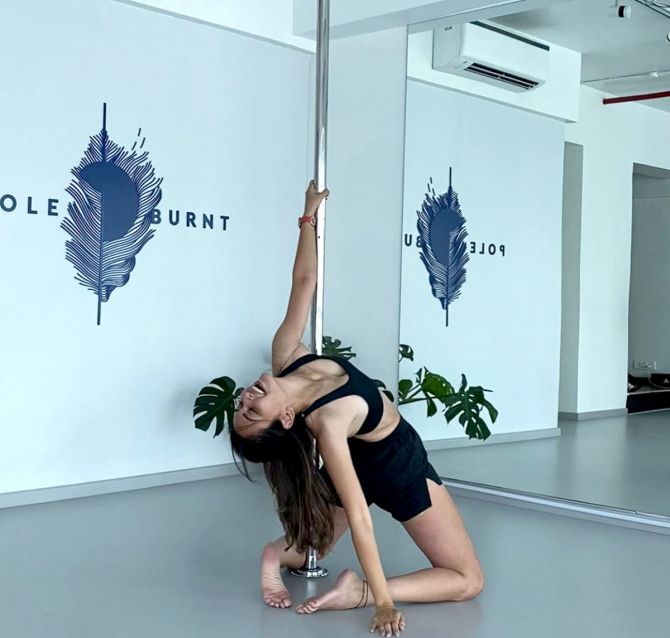 What is Kriti Kharbanda’s idea of a perfect man?

Empathy is very important for me because when you’re empathetic, you’re automatically very respectful of people.

When you’re empathetic, you’re automatically loving towards other people and that's important in any relationship.

Did you expect the kind of response 14 Phere got?

Yes. When I watched the film, I thought it had a lot of potential to entertain the audience.

Our basic motive to make a film about a relevant topic was to show people that if you treated a subject in a light-hearted way, the world will also treat it the same way.

We were very clear that we were making this film to entertain people.

When I first watched 14 Phere, I knew that that’s exactly what my director had done. What do we see you in next?

I have signed a couple of films.

Unfortunately, because of the pandemic, a lot of projects have been shelved or put on hold. So I don't have a concrete answer about what’s going to release next. 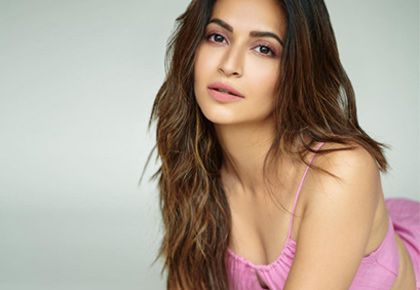