News
Business
Movies
Sports
Cricket
Get Ahead
Money Tips
Shopping
Sign in  |  Create a Rediffmail account
Rediff.com  » Movies » 'I didn't know how to deal with stardom'

'I didn't really want to be an actor. It happened by accident.'

'I didn't know how to deal with the stardom and what came along. I was 20, and had not planned it, so it was very stifling for me.'

Arvind Swamy returns to Bollywood after more than a decade, with his forthcoming film, Dear Dad. But there's hardly any change in his appearance.

The actor is very down-to-earth, and isn't accompanied by an entourage. He's very shy, and blushes when you mention his female fans.

He tells Jahnavi Patel/ Rediff.com where he's been all these years. Promotional activities in the 1990s, when you were working in Hindi films, weren't as aggressive as they are now. What do you think?

Visibility is important when they're making a film and I understand that.

Basically, I am a bit of a recluse so it's not in my comfort zone but I am obligated to do it.

What was it like facing the camera after so many years?

I was nervous the day before I shot, and then for an hour during the shooting. I would go to the monitor and see if the shot looked okay. Earlier, we did not have monitors, so actors wouldn't do that.

After that, I came into my zone.

Why did you stay away from films for so many years?

I didn't really want to be an actor. It happened by accident. But I enjoyed learning filmmaking and the process of acting.

I didn't know how to deal with the stardom and what came along. I was 20, and had not planned it, so it was very stifling for me.

I also had other ideas like technology and business, so I quit acting and started engaging in them.

I didn't know how long the break would last, but a lot of things kept happening and the break kept getting longer.

First, it was my ideas related to business, then I was in different parts of the world, so there was a lot of travelling. Then it was my kids -- I was single parenting two kids, so I decided to get back and raise my children.

Then I met with an accident and injured my spine. My leg was paralysed, so I was under a lot of treatment and medication. It took me a while to get into rehab and come out of that problem.

I am a bit of a recluse, I am a private person.

I like the process of acting but I didn't know the implications of being successful at that time and age. It was difficult for me to deal with it. 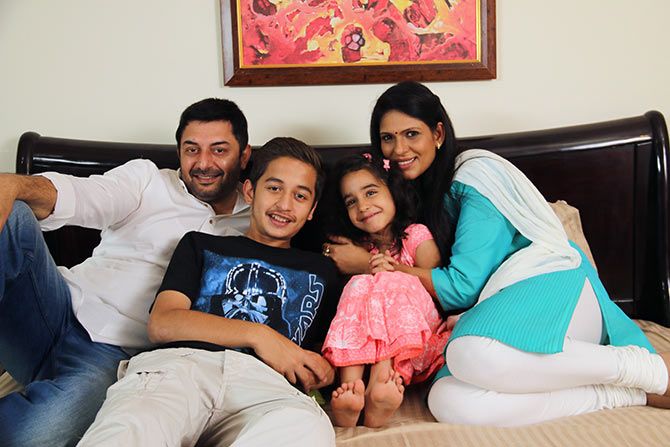 Dear Dad looks like an emotional film, quite different from your last film Thani Oruvan, where you played a negative role. How difficult is it to transform from one character to the other?

It's not difficult for me to transform because I did not shoot these films simultaneously.

I finished Thani Oruvan, then Dear Dad and now I will go back to Thani Oruvan (in Telugu).

Now, I am starting a Tamil film with a totally different character.

It's actually an actor's dream to be able to play different and contrasting characters especially because both the characters (Thani Oruvan and Dear Dad) are very unlike me as a person.

Most of your films have been dubbed. How comfortable are you with Hindi?

In this film, we did sync sound, so I had to speak in Hindi.

I am comfortable to act in Hindi, I may not be able to converse as much freely. I studied Hindi till Class 10, where it was a second language.

Is it difficult to play the same character in different languages?

Yes. You've done it before, so you don't want to make too many changes because it has worked. You don't know if the changes will make an impact. It's very boring to play the same thing again. 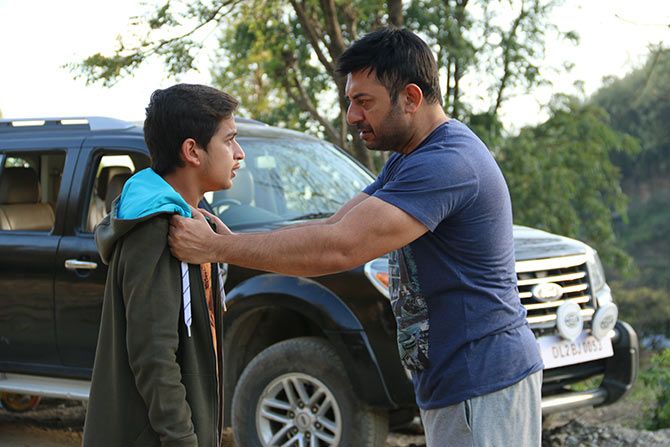 How did your kids react when they got to know about you doing Dear Dad?

This film has a very complex story.

In fact, I shared the story with my son to find what his reaction would be, whether he would be comfortable with me playing this role.

I am very touched by it.

Sometimes, people talk about which of mine films they've seen. They want to know why I am not doing more films and can't understand why I quit. 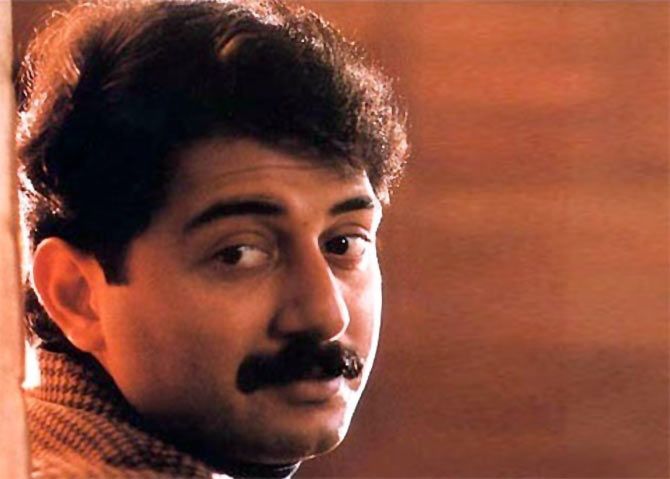 How did you get your first acting project?

I was doing some modelling for pocket money because my dad wouldn't give me enough.

He was very well off but because he had come up the hard way, he wanted me to live within a budget.

In college, you have certain expenses, certain bad habits that you cannot disclose to your dad, so I started doing ads on the side and funded myself.

Mani Ratnam saw one of the ads and called me for an audition. Even though I went, I didn't know much about all this. I went and he liked it.

I was told that we would start shooting the film in two weeks, but I hadn't even told my parents. So I asked them to ask my father.

They came home and Mani Ratnam asked my dad and convinced him but my dad said that I had to go to abroad to study next year -- by then I had got a scholarship to study.

I finished Roja and left to study. I wasn't here for the release of the film. I was studying in the US at that time.

You were doing a bilingual with Madhuri Dixit called Engineer, which never got completed. What happened to that?

I think there was some problem with the production, they could not complete the film but I think it was a very nice one. It is relevant even today.

We had finished about 70 percent of the film.

It was very nice shooting with Madhuri; she was a thorough professional.

I have worked with outstanding actors and professionals and also learnt from them.

At that point of time, actors like Manisha Koirala, Juhi Chawla, Kajol and Madhuri Dixit had done more films than me.

Your fans were not very happy when Prabhudheva gets Kajol at the end of Sapnay.

Yes, but it wasn't something that anybody expected which is why I still think that Sapnay was a little ahead on its time. It was a fun film, and you should see it like that.

I have read that you had actually burnt your hand while shooting for the song Bharat Humko Jaan Se Pyaara Hai in Roja.

I didn't burn my hand. Actually, what happened was that there was no fire proofing then. So I had to shoot the scene without any fire proofing or extinguisher and it was (shot) in the mountains in sub-zero temperature, so the only way to get flames was to make it wet inside.

It was cold and I got hypothermia by the end of that. The hypothermia lasted for three hours. I couldn't stand so they had to carry me back

The fire did not cause the problems, the cold did. You were away for almost 15 years. How do you see the industry grow?

We see a lot of changes in the technology. And that's why filmmaking has become accessible even to my son. Earlier, it was very complex but today you can take your phone and make a film and edit it yourself.

The accessibility into the profession has become much easier, and that is a big thing.

The internet has exposed the audience to world cinema, different genres, films and people... also tools, which will enhance your knowledge about filmmaking. The audience's taste has also changed because they see a particular standard.

All this summarises into what the audiences wants now and what their expectation is and what you're catering to them. Which of your films is your favourite?

In terms of my work, I had the satisfaction of trying something interesting in Thani Oruvani because I play the anti-hero, without any mannerisms or habits or drama. So, I'd say Thani Oruvan is my favourite.

Are you open to doing negative roles in Bollywood also?

I don't care if the role is negative, positive, old or young, I never catered to any image or expectation.

My role in Thani Oruvan was not a conventional negative role where someone is acting big and getting beaten up at the end.

It's an anti-hero character. The movie is focused on him but he's a bad person.

I don't want too many films but I did watch a few recently.

I liked The Lunchbox a lot. Piku was interesting. Sometime back, I had seen Gangs of Wasseypur; I saw Talaash.

Do you plan to get into direction?

Yes, I have two scripts ready and I'll probably will starting within a year a so, as soon as my acting commitments get over.

Will it be a Hindi film?

It can be shot in any language. I haven't decided. It depends on people's availability. Review: One Night Stand is a cautionary tale 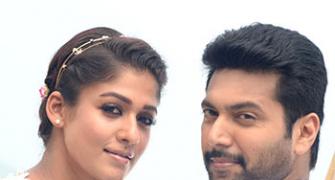 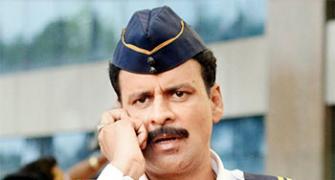 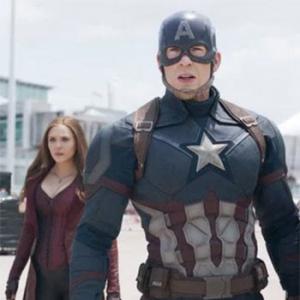