'A lot of married people are not happy with their partners, so how does a marriage decide happiness?
'Our family wants us to be happy and successful and marriage doesn’t fit anywhere.' Parineeti Chopra is quite excited about her next release, Kesari, even though her role in it is small.

Cast opposite Akshay Kumar, the actress feels that actors sign on some films to add to their filmography.

"I didn’t care about my role length and screen time. I heard the story and wanted to be a part of it," she tells Rediff.com Contributor Ramesh S.

Why don’t we see your character much in the Kesari trailer?

It has not been shown much because, ultimately, everyone knows that the film is about 21 boys and the Battle of Saragarhi.

The love song that features Akshay Sir and me will give the audience an idea about my character.

The story is about the battle but Anurag (Singh) Sir has smartly added this love story into the war.

Kesari is just about two days -- a day of planning and the second day of execution.

During those two days, whenever he (Akshay Kumar) is at his emotional or decision-making point, she comes into his life.

I play his dead wife’s role in the film, so he always remembers the conversations they used to have.

Ultimately, the story is about those 21 Sikhs.

I didn’t care about my role length and screen time. I heard the story and wanted to be a part of it. Were you aware of the Battle of Saragarhi before you signed this film?

But my education about the battle increased only after signing the film.

During the shoot, I also questioned Anurag Sir about the real incidents.

It’s an unbelievable story of bravery that there were 21 young boys who would laugh if somebody suggested that they run away from a battle.

How was your working experience with an ensemble cast?

Golmaal Again was my first true experience of being part of an ensemble cast.

There were 19 principal actors but six of us (Ajay Devgn, Parineeti, Arshad Warsi, Shreyas Talpade, Kunal Kemmu and Tusshar Kapoor) were together for most of the time.

In Golmaal Again, the story was focused on me. I was lucky that such a role was written for me because I was not 100 percent sure how it would shape up.

But in Kesari, I am playing a very small chapter in Akshay sir’s life. So I only have scenes with him, not with the other boys in the film, because I am in his imagination.

Sometimes you do a film because you want to be a part of it; you don’t think how you will personally benefit from it.

Some films you do to add to your filmography. 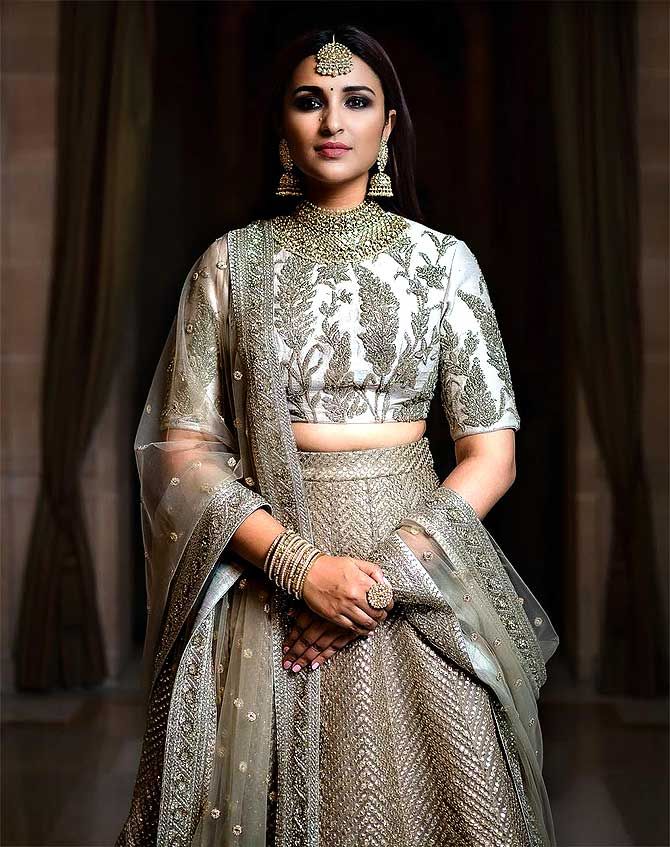 What do you expect from your films?

Everybody expects something or the other but the nature of the business is such that some decisions work and some do not.

For instance, when I was shooting for Golmaal Again, I didn’t understand what was going on.

Eventually, it resonated so well with the audience that it’s one of my biggest hits.

On the other hand, expectations were totally different for Namaste England but it did not resonate with the audience and did not work.

As an actor, you always have hope.

Some things work in your favour and some don’t. That’s the nature of the game. 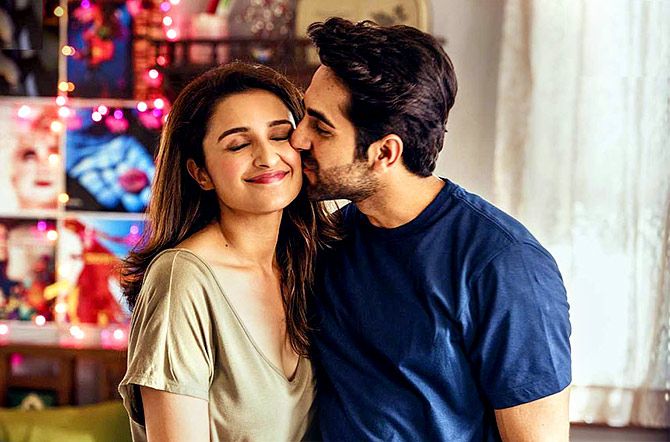 How do you cope with the failure? For instance, Meri Pyaari Bindu was a sweet film but did not work at the box office.

Yes, we keep joking that Meri Pyaari Bindu is like Andaz Apna Apna, which also did not work at the box office; now, everybody loves it. But I am not comparing the two films.

Meri Pyaari Bindu is one my strongest satellite successes.

Arjun (Kapoor) told me that some films don’t do well at the box office but they can do much more than you ever think.

Akshay Sir told me that, today, his film Jaani Dushman is running successfully on television. So a film can give you so much more because the love that the audience has for the actor is not only at the box office.

Today, there are many actors who are seen only on digital and still have a fan base.

An actor’s job is to give you content that we think will work, whether you consume it on television, the digital medium or the big screen.

I still remember once I was in the lift and the building’s watchman was listening to a song from Meri Pyaari Bindu. At first, I thought he was trying to impress me. But then I realised he had no idea that I was in the lift.

Another film of mine, Daawat-e-Ishq, did average business at the box office but is it running successfully on satellite.

If you are lucky, your film will work at the box office. If not, it will work on satellite.

But if it’s a terrible film, it will not work anywhere and you will learn from the experience. 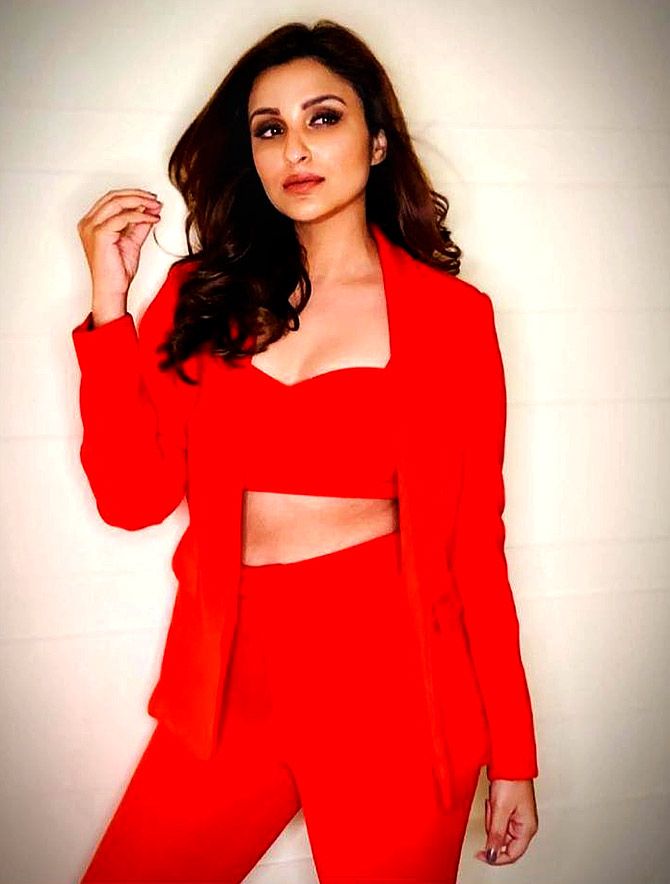 When will we hear you sing again?

I had recorded a single but some issues came up and we could not release it when I wanted to.

Now, we are back on track and I have done something even better that just recording a single.

Do historical dramas attract you? Which real-life historical character would you like to play on screen?

More than historical, I really like the real life element.

Whenever there’s a real life story running somewhere, I watch it because I am keen to know how the makers have dramatised that person’s life.

I would love to play Kalpana Chawla or Mother Teresa or even someone like a Miss India.

I would love to do real life characters if I’m given a chance.

Will we see you in the digital space?

I was offered three-four good shows but, whenever I’m about to confirm them, a good film comes along.

It keeps getting derailed.

I have many things in front of me now, which I have not confirmed yet.

But my first priority is films because a lot of exciting films are being made now.

And thankfully, good films are coming to me even though my last film didn’t do well.

What kind of shows do you watch in the digital medium?

It depends on my mood.

I watch Friends or Mind Hunter or a Spanish show or Narcos... I also watch silly shows like 13 Reasons.

I am binge-watcher actually.

Recently, I watched a Spanish film called Invisible Guest, which I loved!

I also love crime thrillers, and loved How To Get Away With Murder and Ozark. 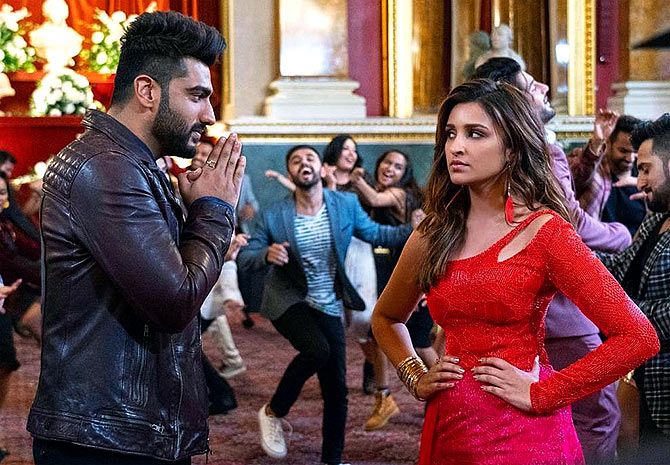 Your next film is Sandeep Aur Pinky Faraar, where you work with Arjun Kapoor again, under the direction of Dibakar Banerjee.

Sandeep Aur Pinky Faraar was very intense for Arjun and me.

Though Namaste England was fun to shoot, this one was like Ishaqzaade.

I would get bruised and hurt every day.

Dibakar sir is a method director, so he wanted us to feel that real pain on screen for our characters.

Eventually, I feel satisfied after doing such films. 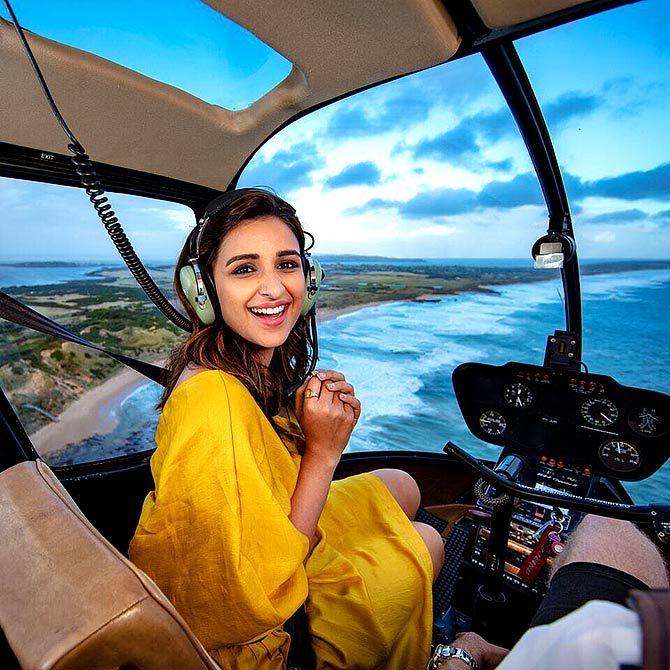 I travel a lot.

I have a bucket list of the places I want to visit and I explore at least five countries every year.

I love islands; I scuba dive a lot.

How do you balance your professional and personal life?

That’s one of the things I have learnt from my film’s failures.

Everybody chooses either a personal or a professional life but I have decided to choose both. I give importance to both.

My manager gets frustrated sometime and tells me that I cannot take a holiday now because I just took one three months ago.

Still, I decide to go for a two-day holiday and it’s non-negotiable.

I make time for my family, my love life and myself.

I don’t want to blame my career for a sub-standard life.

There can’t be any regrets in life; that’s the key to happiness.

I have to do everything as and when I feel like doing it. 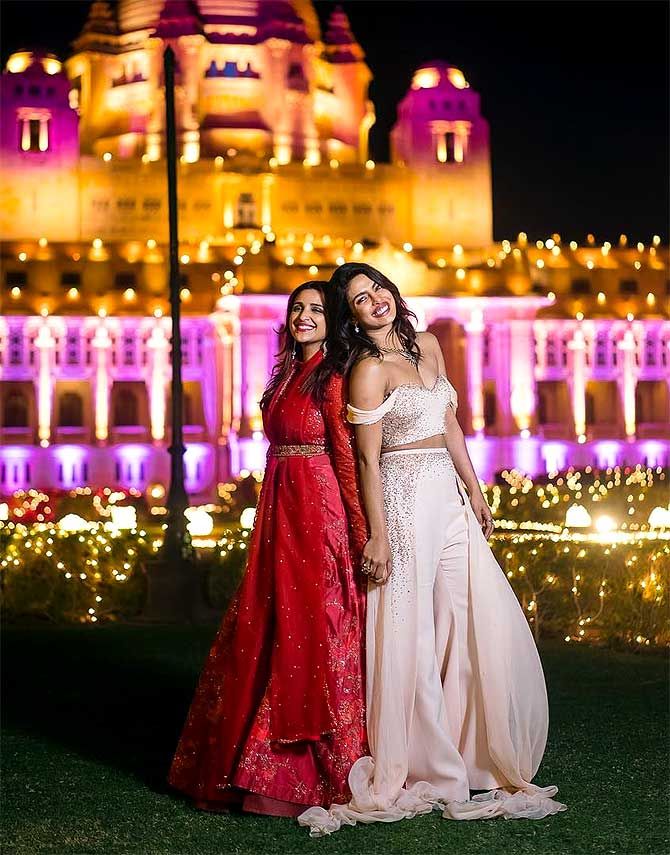 Your cousin Priyanka Chopra got married recently. Are you planning to walk down the aisle too?

Not anytime soon. It will happen only when I am ready.

Mimi didi (Priyanka Chopra) got married when she was 36, and I am quite young.

The Chopras are all about being achievers and everybody in our family loves their work.

My eldest cousin is still not married.

Our parents tell us that marriage is not the most important thing but finding the correct person is.

So do whatever you like -- travel with them or live with them -- but find the correct person first.

Later on, if you want to get married, do it.

They don’t pressure us to get married.

A lot of married people are not happy with their partners, so how does a marriage decide happiness?

Our family wants us to be happy and successful, and marriage doesn’t fit anywhere.

One day, if I find the right person, I will be first to take that decision to getting married because I love the idea of rituals. 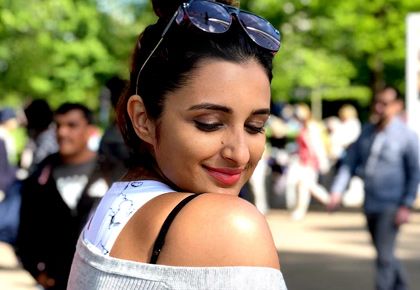