'I come from a film family so I guess people will feel it will be easier for me.'
'But people don't know how hard I worked to get a film.' IMAGE: 'I am what I am, and that's all that I am'. Photograph: Kind courtesy, Qaidi Band/Instagram

Yet another member of the Kapoor khandaan has entered show business.

During the interview, he showed Rediff.com's Jahnavi Patel the bruises he received playing football with his cousin Ranbir Kapoor.

"When we play football, it's like war! We play every Sunday," he says.

He speaks fondly of his Qaidi Band co-star Anya Singh. "Ask her how much I have choke-slamed her and put her down on set! She's my bro."

You belong to a film family. Did it play a role in you choosing this career path?

I didn't know what I wanted to be in life. I was a lost boy in school.

In college, people were doing business, engineering, law... But all that did not interest me.

What actually interested me was talent shows, being a part of my band, theatre, being in front of a large audience, entertaining people, basically performing on stage.

That's when I decided to be an actor.

Even though my family comes from films, I had never been on film sets because I didn't know I wanted to become an actor until high school.

I didn't know how films were made.

So I went to New York for two years to educate myself in acting and filmmaking.

I came back, and joined Farah Khan, I assisted her on Happy New Year and then joined Karan Johar on Ae Dil Hai Mushkil.

There was no help from my family.

I don't think today, a writer, director or a producer will invest in you just because you come from a film family. They won't readily put in money.

I auditioned with (casting director) Shanoo Sharma for three months and then I got it. 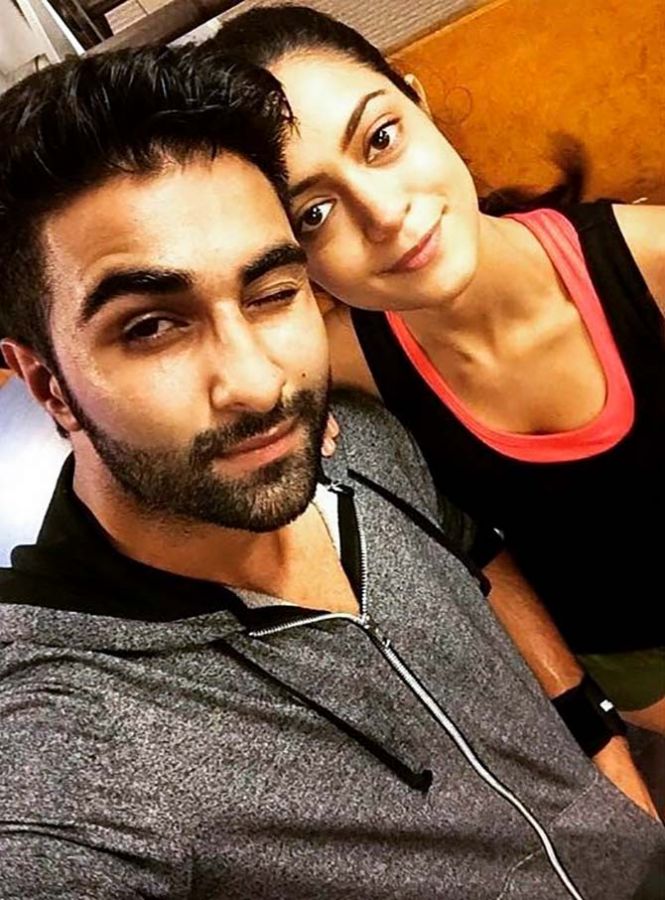 When we were introduced to you, the nepotism debate had rekindled.

I am like any other boy, who dreams of doing something in life.

I come from a film family, so I guess people will say that and feel that it will be easier for me.

But people don't know how hard I worked to get a film.

Anya did not come from a film family and she had to audition, but so did I.

A respected producer like Aditya Chopra will not say, 'I will take you in the film as you come from a film family'.

If that was the case, Anya wouldn't have been cast. A girl from a film family would have been.

People believe in talent in this industry.

The day I got launched, I didn't know people will talk about nepotism. It was such a big day for me.

We weren't allowed to come in front of the media until that day because we were filming.

Finally, when we were introduced to the media, I was nervous and excited.

But the next day when I woke up, I saw these things about nepotism.

He has cast me based on my talent. I am not a product of nepotism. 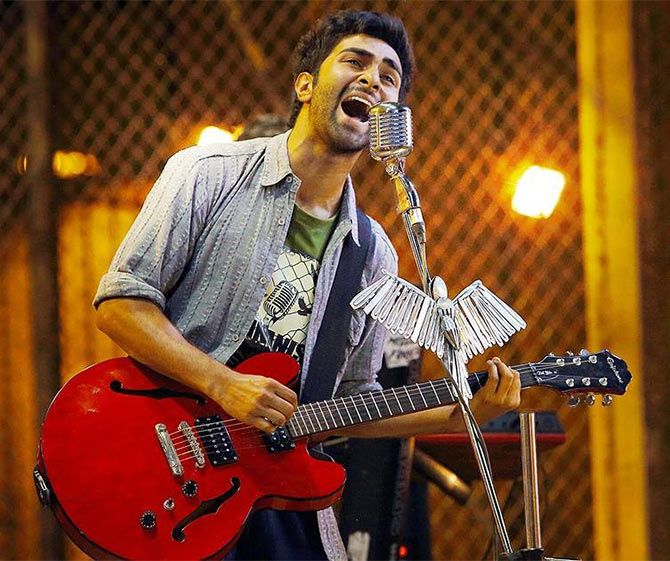 Lucknow Central has a similar story, but your film releases first. Do you think there will be comparisons?

I have seen the trailer and I liked it. I am a big fan of Farhan Akhtar. He has made and acted in amazing movies.

Lucknow Central has its own interpretation and adaption of a jail musical. We have a different kind of movie and our message is different.

Beyond that, I hope both films do well. IMAGE: A scene from Qaidi Band.

My cousin Ranbir has done everything. He has done out-of-the-box movies and run-of-the-mill movies.

An actor doesn't want to be typecast.

We used to joke that let's do something light after this. (laughs)

It's so hard to do complicated emotions everyday.

But I don't want to be a part of horror films, yaar. (laughs)

I used to get very scared of horror films. I am still scared of the dark. I always need a light on when I am sleeping.

My brother (Armaan) and I would sleep on the same bed, so we used to cover ourselves entirely with the blanket and watch the (horror) movie. 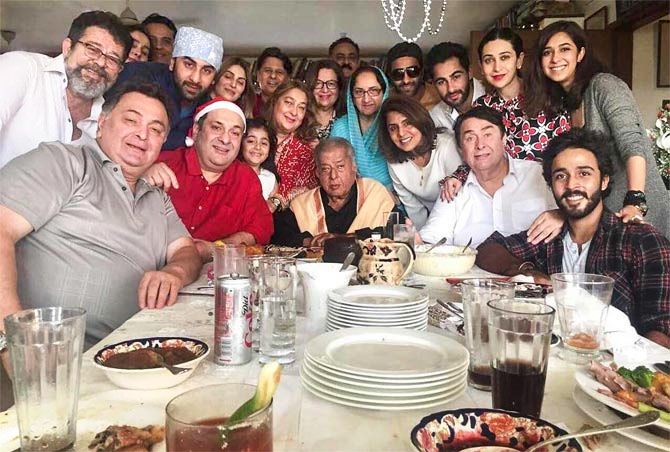 Not only as an actor, but as a filmmaker and a multi-faceted man.

He has made great films with great social messages.

I have worked closely with him, watching him. I was an assistant director on Happy New Year and that's when I saw his work ethic.

Vivaan Shah also acted in that movie. It was a superb opportunity to observe how a newcomer like him was taking instructions and doing things.

How Shah Rukh sir was explaining things to him and then how he was doing it. It was a great learning experience for me. IMAGE: 'Thank you Ranbir bhaiya for being there on my big day. A memory etched forever.' Photograph: Kind courtesy, Aadar Jain/Instagram

Did Ranbir bully you when you assisted onAe Dil Hai Mushkil?

He is my brother and can do what he wants.

This has been the case since I was a child; he has always been bullying me.

We are always fighting.

My name was given to me by Chintumama, Ranbir's father (Rishi Kapoor).

The meaning of the name is respect and he (felt that I) will respect people.

He also felt that one day, hopefully when I make it big in life, people will respect me. IMAGE: 'My grandfather is a legend. I am just an aspiring actor'. Photograph: Kind courtesy, Aadar Jain/Instagram

You were trolled for your picture with your grandfather Raj Kapoor.

The photograph has me standing with a projection of my grandfather on my T-shirt.

I never met my grandfather. He passed away before I was born.

I have heard great stories about him.

Because of my love and admiration for my grandfather through his movies and everything else, I always found that somewhere he is inside me.

It was meant to be a symbolic connection with my grandfather.

The caption says, 'Raj Kapoor is a legend but I'm just an aspiring actor. I'm like anyone else who will have to make a name for myself, make own identity.'

People will have to like me for who I am.

I can't rest on the laurels of my grandfather or my great grandfather, Prithviraj Kapoor.

I know how hard I have worked on the film, how much I fought to get the movie. Tour brother Armaan Jain didn't have a good debut with Lekar Hum Deewana Dil and we haven't seen much of him. How did he cope with the film's failure?

When you put in so much hard work and effort and do a film or anything, you feel bad.

But you work harder for the next exam.

It's that philosophy in life.

Yes, of course, he was frustrated. He was upset that his first movie didn't do well.

He also felt that he needed sometime to improve himself.

He is in talks with a lot of producers.

Even back then he was getting lot of offers, something in him told him that he shouldn't do it just for the sake of it.

It has to be the right part, character and story.

He is going to be signing something very soon.

It's not only Armaan, if you see Kareena and Ranbir in (their first films) Refugee and Saawariya, they were big disasters. But the way they have carried themselves is amazing.

They picked themselves up and worked hard, so all this is very inspirational.

In any field, you're either successful or you learn, there's no failure in life.