After wrapping up the shoot of his new film Vikram Vedha, where he sports a beard, Hrithik Roshan had an 'Oops moment' that he shared on Instagram.

Preity Zinta dropped hearts in the comments section while Hrithik's cousin, Pashmina Roshan, who will make her acting debut soon, asked, 'Who this???'

It is the official Bollywood remake of the Tamil neo-noir action thriller -- they haven't changed the name for the Hindi version -- starring R Madhavan and Vijay Sethupathi.

Hrithik will also be seen with Deepika Padukone for the first time in Siddharth Anand's Fighter. 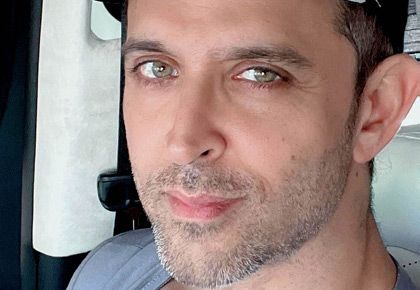