Now, Sonam Kapoor Ahuja seems to love them too.

Calling the colour of love her lucky charm, the actress has decided to sport red exclusively all through the promotions of her new film, The Zoya Factor.

It's only apt, considering the adaptation of Anuja Chauhan's popular novel of the same name revolves around a vibrant copy writer of an ad agency, who finds fame as a mascot of the Indian cricket team.

Sukanya Verma looks back at some of Sonam's red hot appearances over the years.

Meanwhile, learn how to rock red from Bollywood's fashionista.

Some curls, subtle make-up and silver rings is all the Aisha star needs to look wow. A python print clutch to go with her flowy, scarves sleeved scarlet gown is how Sonam kick-started The Zoya Factor promo rounds. The supergirl of the red carpet universe works every bit of that famous glam in her caped Naeem Khan number. 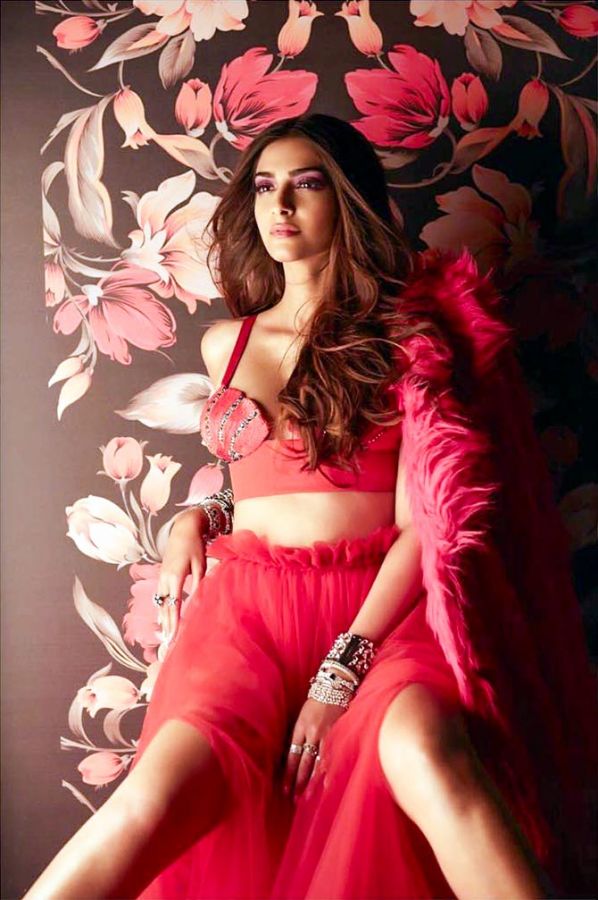 Lady in red? More like smouldering seductress, don't you think? 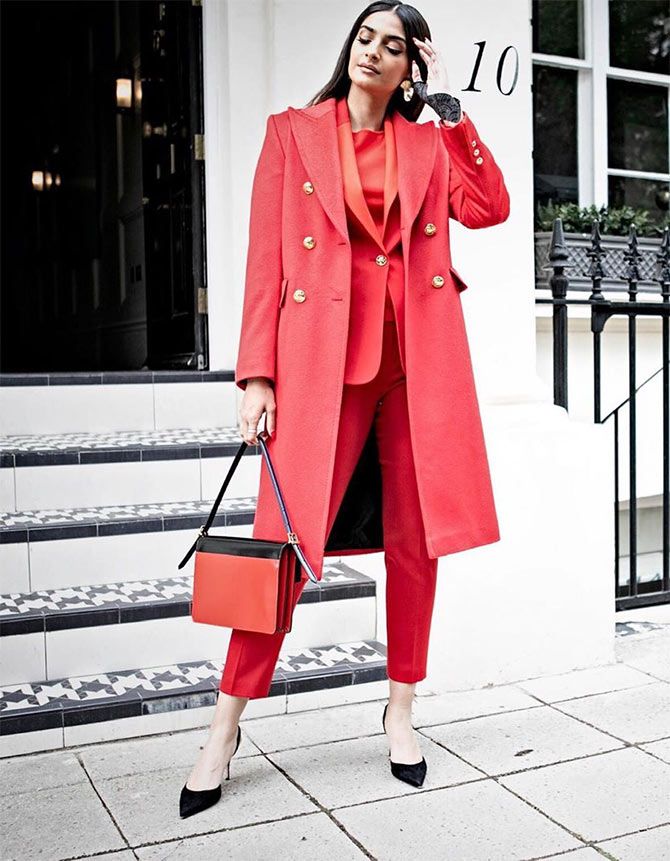 Why go the boring monochrome route when you can mean business as sharply as Sonam in her all red avatar? A pop of black is all she needs. 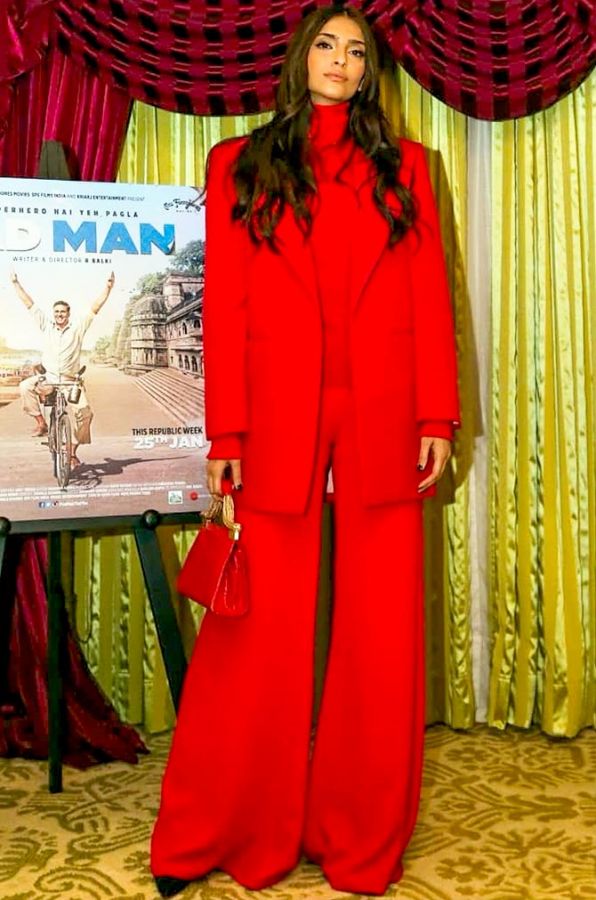 Love it, hate it, but you simply cannot ignore Sonam and her red carpet experiments. 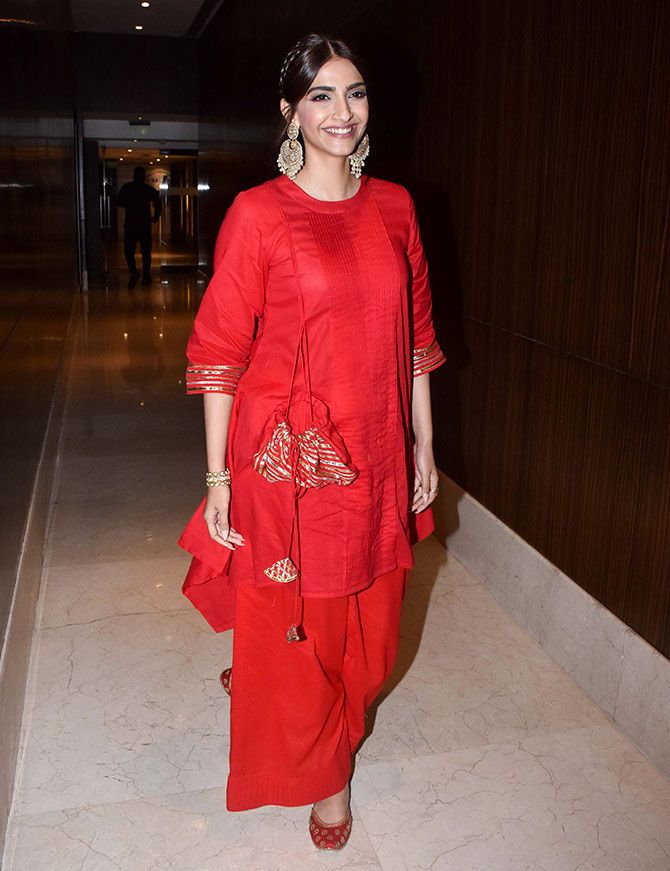 Sonam's potli-sewn palazzo kurta combo in the liveliest shade of red is tailor-made for attention.

Sonam's sexy take on the sari translates to seven yards of dreamy chiffon teamed up with a skimpy bikini blouse. Turn an elegant printed red sari into regal statement by upping the bling quotient like the Raanjhnaa beauty. Red is the go-to colour of traditional Indian brides. Sonam is no different.

Pairing her gorgeous red and gold lehenga in tons of heavy jewellery is easily the most timeless look from the star. 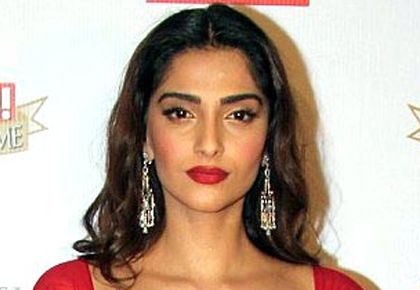