From Devon Ke Dev to Uri

'I pray to god that nothing like that happens again in our country so that we are forced to make something like Uri again.' 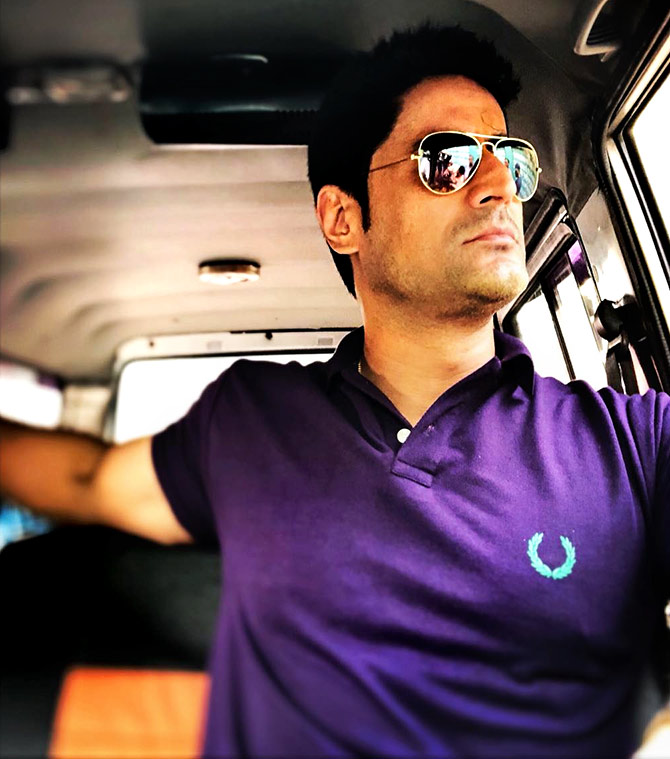 The television actor, who is known for popular shows like Devon Ke Dev: Mahadev, Mahabharat and Chakravartin Ashoka Samrat, plays a soldier in the war film, Uri: The Surgical Strike.

Aditya Dhar directs an ensemble cast, led by Vicky Kaushal, and the film is set to release on January 11.

Mohit has been getting movies offers for years now as he's been waiting for the right one to come along.

"You may lose your identity unless one gives you a proper commercial launch in the industry," he reasons with Rediff.com Contributor Ramesh S.

You have been known for putting on and losing weight on the basis of your TV roles. Now you are making a debut in films, what principle will you follow to maintain your physique?

The main reason behind this is to satisfy the creative taste inside me, which has always made me choose work differently.

Initially, when you come to the city, you are in search of name, fame and money.

But gradually, you become mature and realise that there are other aspects to it.

So I have understood those aspects.

It slowly became about my creative needs, and I would switch on or off with my weight. 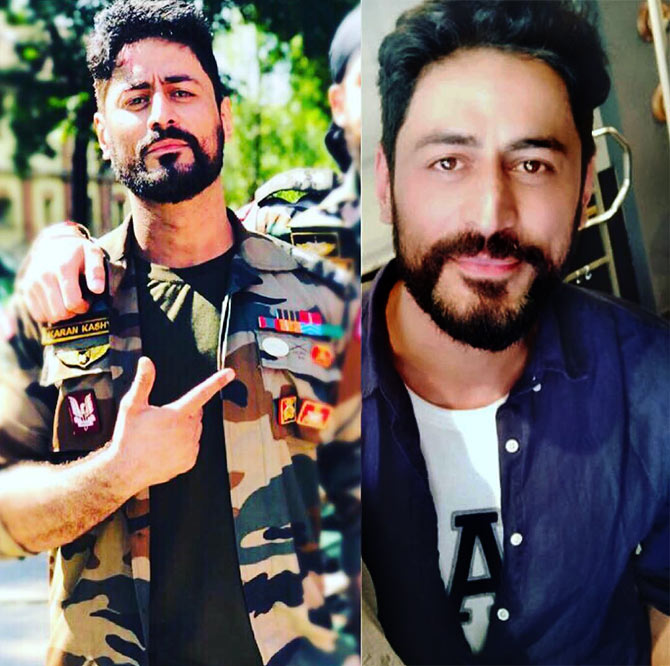 What took you so long to make your movie debut?

I started getting film offers about three years back, in mid-2015, but I could not connect to the characters offered to me.

As a complete outsider, there are always chances of getting lost in the world of cinema.

You may lose your identity unless one gives you a proper commercial launch in the industry.

There were certain projects that I wanted to do, but did not materialise.

Also, I was not sure of starting a career in films.

That's why I was simply dabbling in television and enjoying the digital phase until Uri came to me.

How have your fans reacted after seeing the Uri trailers?

They were more than happy; a lot of mails and messages are still coming in.

There was a mail from a fan who had a whole plan on how I should go about my career, like hiring the right agent and getting in touch with certain directors.

I am really happy about that although these things look good in mails, you cannot implement them practically in life.

One fan had bought a house and wanted me to join for the graham pravesh (house warming function).

I humbly said sorry, as it was not practically possible due to my commitments.

He got in touch with me after two years and said he was still waiting for me.

I was taken aback and asked him why he was still waiting, and not entering his new house.

I got in touch with his wife and with the help of a video call, I made him enter his house.

Physical presence was not possible for me, but I had to dedicate two hours via a video call.

The other incident was when a female fan sent me a picture and said she wanted to gift me something.

I did not take her seriously.

Suddenly, I got a picture of all these gifts outside my door. I was surprised because I was inside my house and somebody had left the gifts outside! 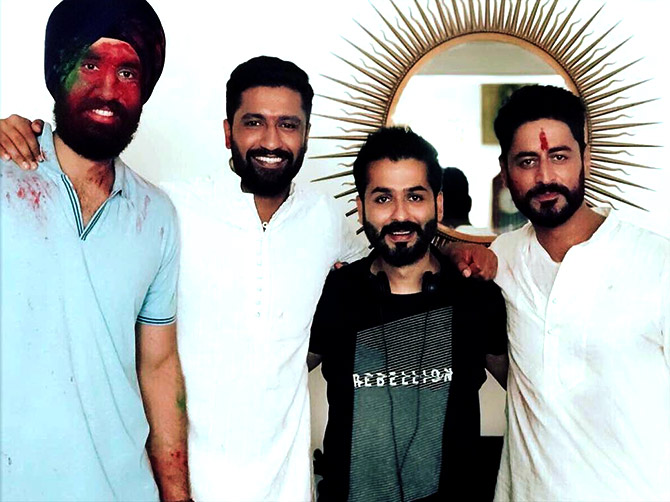 Uri: The Surgical Strike has an ensemble cast led by Vicky Kaushal. Do you feel you might edge the others out due to your pan-India popularity through television?

Though Vicky is playing the lead here, I am happy that my name is attached to this ensemble cast.

I never thought my name would be attached to stars like Paresh Rawal, Vicky Kaushal, Yami Gautam, Kirti Kulhari and others.

All these actors are known for their good work on screen.

I had seen Paresh Rawal's Sadak during my school or college days, and now, I am sharing screen space with him.

It's something great for me!

With time, you have to choose and be a part of the right projects.

When I say right projects, it means the ones which will connect with the audience.

What does connect with today's audience is realistic issues.

You cannot fool today's audience as they have a lot of options now -- be it in television, digital or films.

They will just flip channels or films and move on, so one has to be very careful.

The length of the character doesn't matter, its impact does.

The story can belong to any subject or genre, but the character should leave a good mark because that will lead to different things gradually. 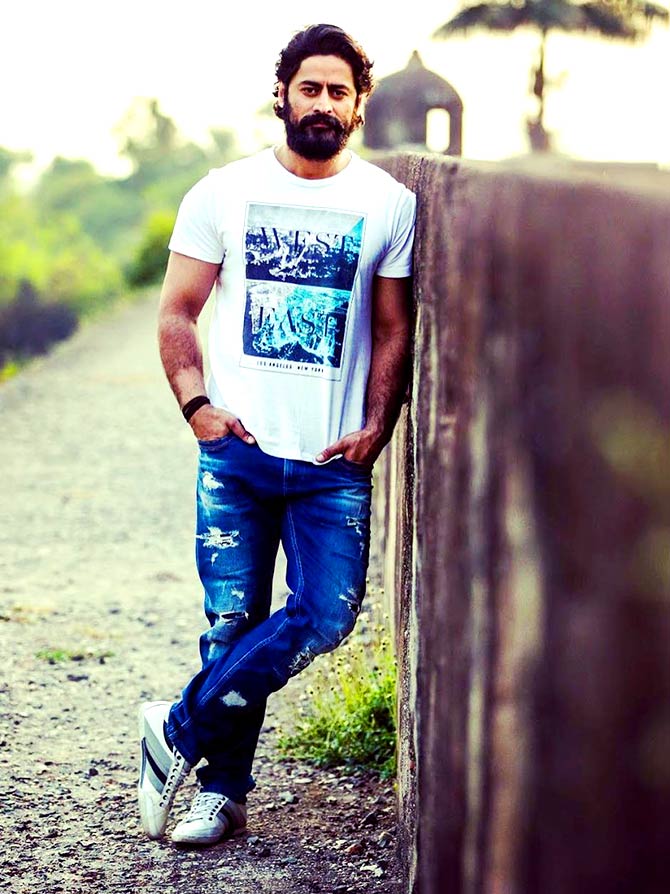 How did you bag Uri?

I still remember that day in mid-2017 when I was in Gujarat and read in a local newspaper that a movie had been announced by Ronnie Screwvala under his banner RSVP Movies, with Vicky Kaushal playing the lead and directed by Aditya Dhar.

I felt excited about it.

Three, four months later, Aditya called me and offered a role in this film.

I told him I had learnt of his film months ago and had thought that the casting was done.

He wanted to discuss my role at length when I returned to Mumbai.

I was more than happy doing television, but when I met him, I realised the scale of this movie.

I realised a film like this would never be made again because the surgical strikes had already happened. I pray to god that nothing like that happens again in our country so that we are forced to make something like this again.

How was it working with Vicky Kaushal and Paresh Rawal?

I still remember my first shot with Pareshji where Vicky, me and some other people were standing in a hall. He was supposed to say a dialogue.

At first, I thought since Pareshji was such a senior actor, he would straightaway say his dialogue.

But he started asking about our breakfast and lunch.

On one side, I was standing still like a soldier and on the other, Pareshji was asking about pav bhaji and samosa.

I controlled myself at first, and then burst out laughing.

So Pareshji is filled with humour.

Bonding with Vicky Kaushal was great as we spent three months together. We did a lot of workshops and physical training together.

In the early morning, we would go to Navy Nagar in (south) Mumbai for training with the army personnel.

In the evening, we went for lectures from the special forces commanders, followed by special physical training by other soldiers.

We bonded so much that we know everything about each other now!

What does patriotism mean to you?

One is my personal connection to the defence forces, and the other is patriotism towards society.

I was born and brought up in Kashmir. When I was four or five years old, I would sit and interact with them (soldiers). By the time I was eight, I knew what the thickness of the soles of their shoes was!

So I have lived closely with the defence forces.

I am living my dream to wear that army uniform for the last one-and-a-half years where I am doing back-to-back projects related to the defencve forces.

After the Kargil war, I was supposed to join the army, but because of my short-sightedness, I was not qualified for it. 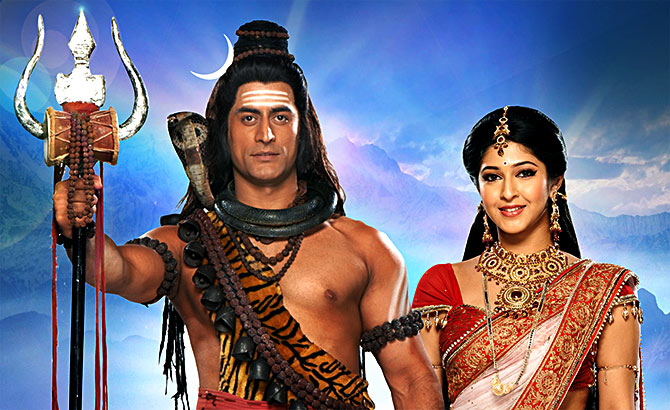 How was your experience of your shows like Devon Ke Dev: Mahadev, Mahabharat and Chakravartin Ashoka Samrat?

The Star One channel was revamped into Life Ok, which was looked after by 21st Century Fox. So there was a huge team in revamping the channel.

My first mythological show Devon Ke Dev: Mahadev was the flagship show of that channel.

The story got people connected to it without even realising it. 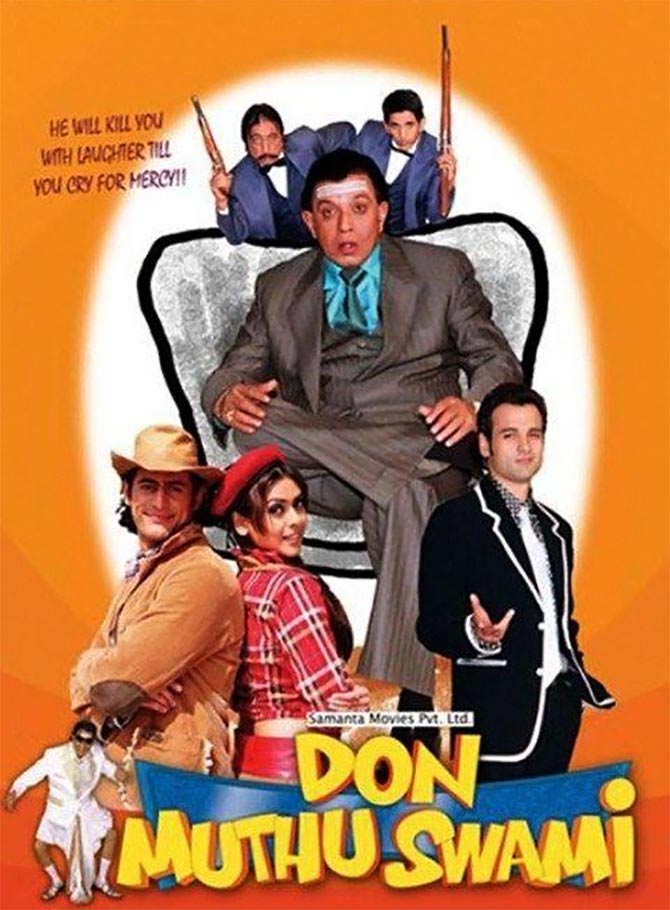 IMAGE: The Don Muthu Swami poster where Mohit poses in a hat.

A newcomer, who knows nothing about film-making, comes to Mumbai to fulfill his dreams.

He sits in a room and meets a film-maker who has given masterpiece films like Aradhana and Kati Patang.

He is the guy behind the success of superstars like Rajesh Khanna and Amitabh Bachchan.

Now, he is planning to launch you and offers you a film, which is a remake of a 1991 Hollywood movie called Oscar, starring Sylvester Stallone.

What would you do?

When Shaktida (Shakti Samanta) is making a movie, you say okay.

It was my second year in Mumbai, so I thought let's do it.

But gradually, you realise things are very different. (Don Muthu Swami was produced by Shakti Samanta and directed by his son Ashim Samanta.) 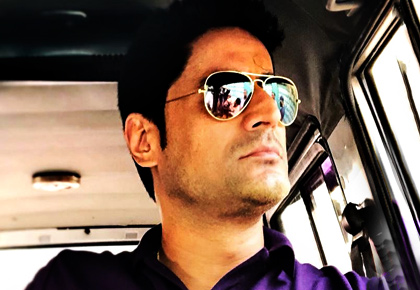