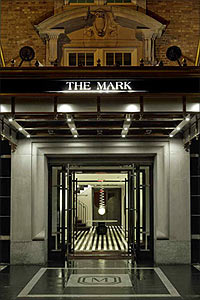 TriBeCa residents Naomi Watts and Liev Schreiber checked into The Mark Hotel on East 77th Street with their sons on Tuesday after the power went out downtown, the New York Post reported.

Model Helena Christensen also fled her SoHo loft for the comfortable surroundings of The Mark, along with Anna Wintour, who lost power at her West Village townhouse, as well as former French Vogue editor Carine Roitfeld.

'The scene at The Mark was buzzing with big names escaping the downtown blackout. Emma Stone and Jonah Hill were at the bar, while Vladimir Restoin Roitfeld and André Balazs were at different tables in the restaurant,' a source said.

Alec Baldwin and wife Hilaria escaped to the luxurious Lowell Hotel on East 63rd Street after their SoHo place lost power, along with indefatigable Harvey Weinstein and wife Georgina Chapman, whose West Village townhouse was also plunged into darkness.

Over at the Loews Regency on Park Avenue were Harold Ford Jr and wife Emily, as well as former Miss Universe Dayana Mendoza.

Sarah Jessica Parker was spotted at the Plaza Athenee.

At the Carlyle were couple Mary-Kate Olsen and Oliver Sarkozy, fleeing their East 10th Street townhouse.

One celebrity who stayed put was Katie Holmes, who is said to have remained in her apartment at the Chelsea Mercantile with daughter Suri.

'Katie and Suri stayed safe and calm by torchlight,' a source said.

It is believed she and Suri relocated to an uptown hotel after the storm passed. 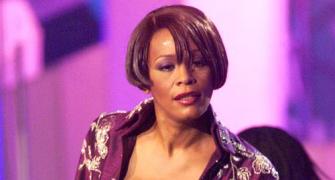 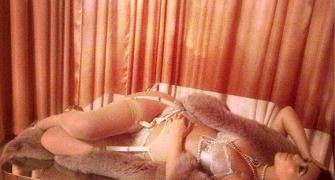 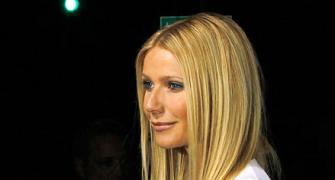 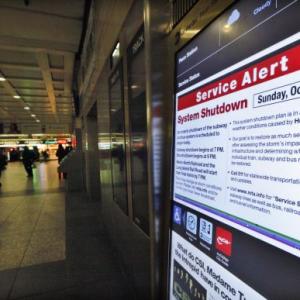 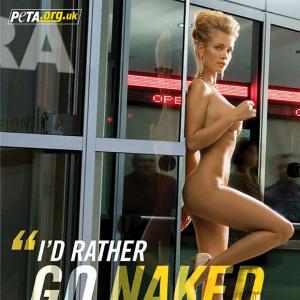