The vibrant Indian festival of Holi finds a place of pride in many of Bollywood’s iconic images and dialogues.

On this day, emotions run high and filmmakers love to capitalize on it as the perfect backdrop or catalyst in true dramatic fashion. 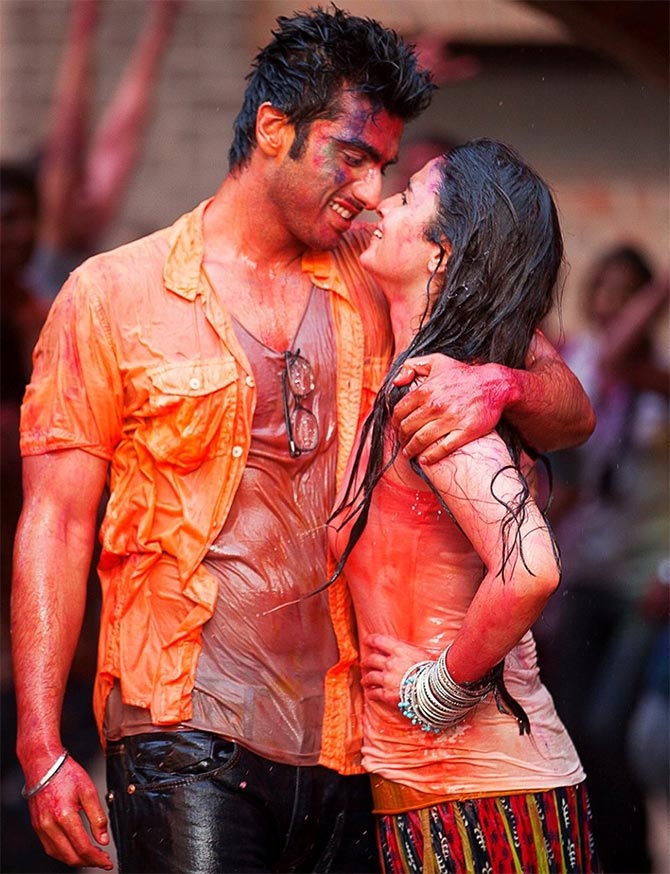 Arjun Kapoor and Alia Bhatt enjoy a fairy-tale courtship at a business school in the South-meets North rom-com, 2 States.

And so, every day, from Holi to Christmas, is filled with hues of red and romance. 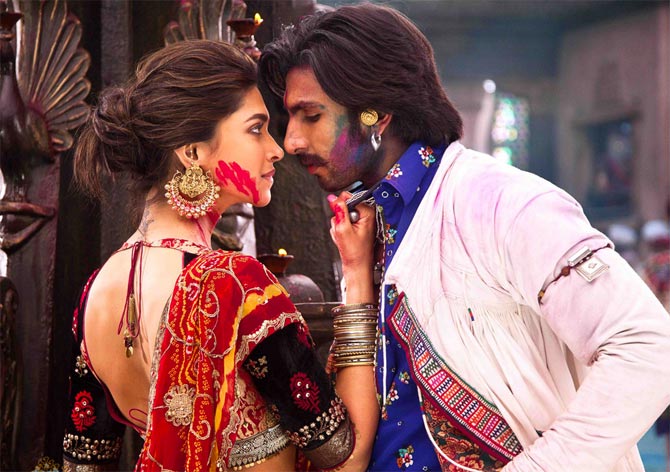 If there’s any doubt, she erases it by smearing gulaal on his dumbfounded lips during one of Goliyon Ki Raasleela: Ram Leela’s most sizzling displays of affection.

He reciprocates in kind.

Doused in rang, the besties reunite and all’s well with the universe again.

For Dhanush, nothing is greater than receiving attention from the girl-next-door to whom he’s hopelessly devoted.

That priceless expression on his face when Sonam Kapoor dabs bright purple on his cheek screams Happy Holi like nothing else.

Of rang and bhang 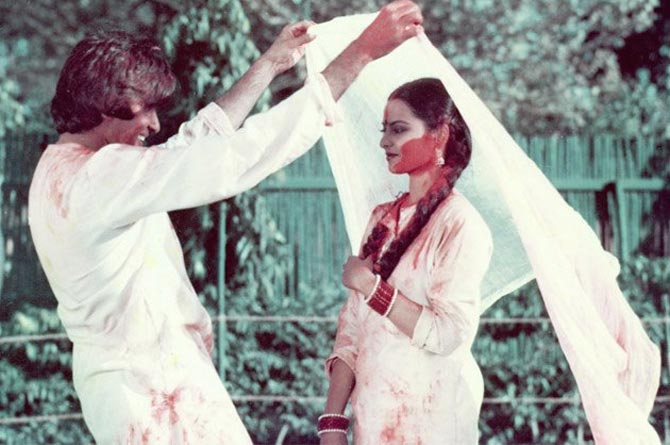 Yash Chopra’s Silsila is all about two lovers coping with their feelings after marrying another out of obligation. Except the mask of decency slips when a bhang-high Amitabh Bachchan gets candid around an equally acknowledging Rekha while their humiliated spouses grin and bear in the playful Rang Barse.

All those furious colours of Holi turns even the most familiar faces into virtually unrecognisable entities. 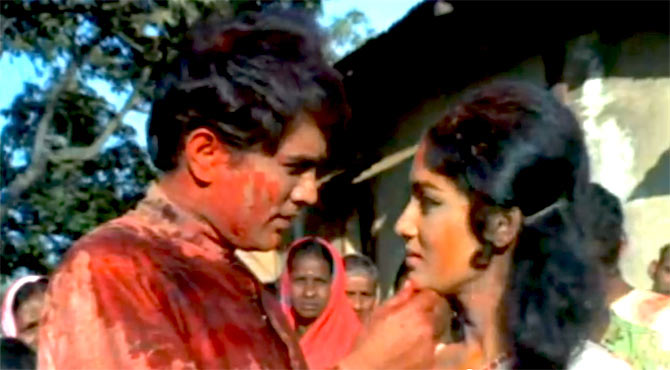 Bollywood is very specific in its stereotyping. Christians sport a big cross around their neck. And a widow must be draped in white and denial.

If Kajol broke out of her tomboyish avatar in Kuch Kuch Hota Hai to embrace chiffon saris, Deepika Padukone realises staying geeky is no fun in Yeh Jawaani Hai Deewani. Especially when the bait is as hot as Ranbir Kapoor.

What follows is a brand new sexy avatar where she lets her hair down with classmates relishing the joys of hill-station Holi. 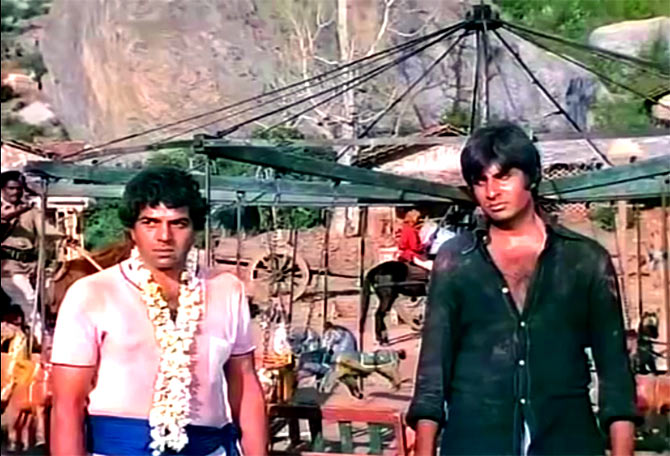 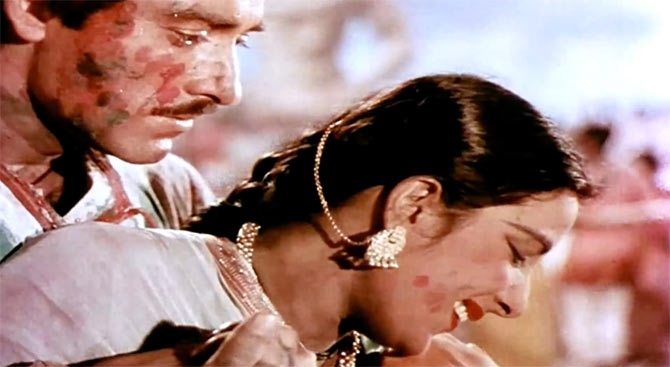 While her kids -- Sunil Dutt and Rajendra Kumar -- celebrate Holi in the company of the village, Nargis is overcome by nostalgia, reminiscing about her AWOL hubby Raaj Kumar and what the festival meant to her back then in a brief but poignant capsule of Mother India.