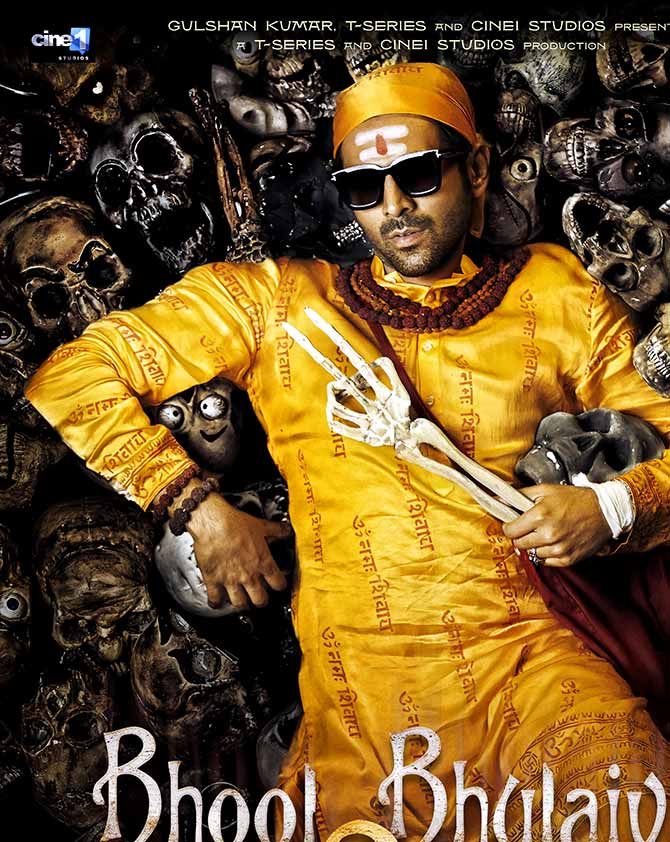 Kartik Aaryan is all set to step into Akshay Kumar's superstar shoes in the sequel to the comic supernatural thriller, Bhool Bhulaiyaa.

Kartik unveiled the poster on social media and shared his first look.

The poster sees Kartik holding a skeleton hand showing off a victory sign. Bhool Bhulaiyaa 2 will be directed by Anees Bazmee, unlike the first one which was helmed by Priyadarshan.

Do you think Kartik, a rising star with good comic timing in his movies, will make a solid replacement?

Or, would you have preferred Akki in the sequel as well?