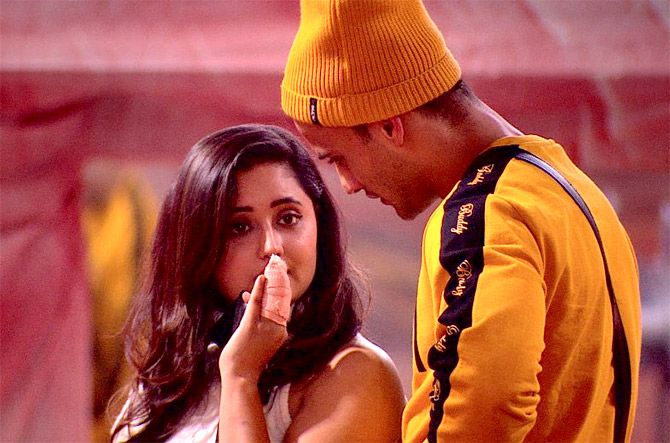 Day 87 starts off with contestants resuming the captaincy task, where everyone has been divided into jodis of scientists and robots.

Vishal Aditya Singh is the first robot who gets released by his scientist Madhurima Tuli.

The others keep fighting during the task as they cannot decide which robot to release next.

In the next round, things turn ugly as Rashami Desai and Mahira Sharma get into a ugly fight.

Since the scientists are not ready to release their robots, sanchalak Viskas Gupta asks Bigg Boss to take a decision.

The captaincy task gets cancelled and Bigg Boss announces that Shehnaaz and Vishal are the final captaincy contenders. Later, everyone is sad when Bigg Boss declares that it’s time for Vikas to leave the house.

Since Devoleena Bhattacharjee isn’t fit to make a comeback, there is no need for Gupta to stay on in the game and continue on Behalf Devo.

Rashami is heartbroken hearing the news that her bestie won’t be coming back on the show.

The next day, the housemates are happy to see the house decorated with Christmas festivities.

They get ready to celebrate Christmas with a twist.

Bigg Boss announces that a few guests will visit the house. 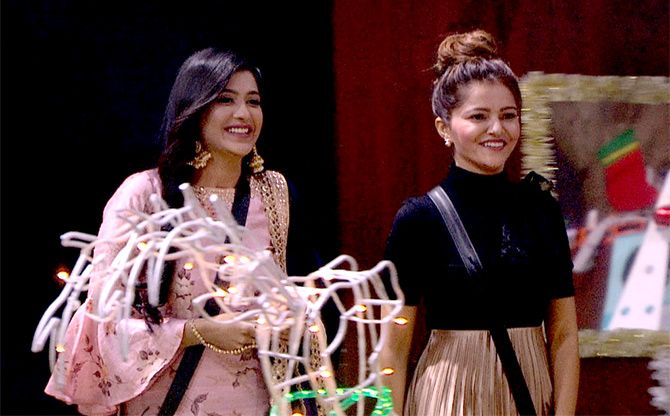 Rubina Dilaik and Nimrat Kaur are the first guests to arrive.

The teams have to prepare Chinese food for them.

Then Arjun Bijlani and Jay Bhanushali arrive and ask the housemates to perform fun acts.

Jay tells Shenaaz to describe their dish in English and it’s absolutely hilarious. 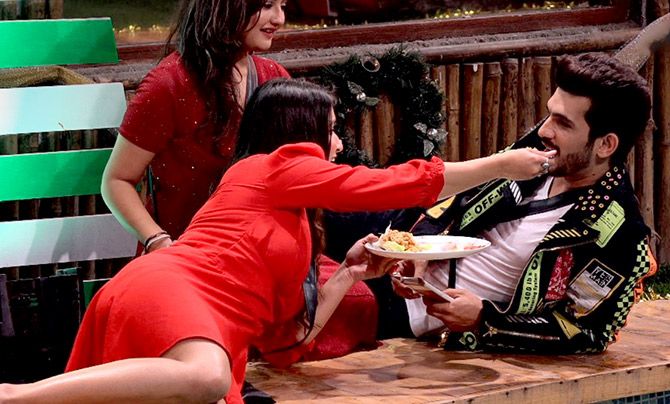 Jasmin Bhasin arrives in the house and Sid is glad to see her.

Shukla asks Jasmin to clarify what Rashami had said earlier. Rashami tells Sid to forget the past and focus on the game.

Later, she tells Shehnaaz that she is jealous of her as she use to share the same bond with Shukla at some point. 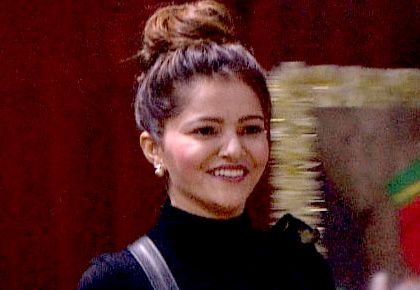 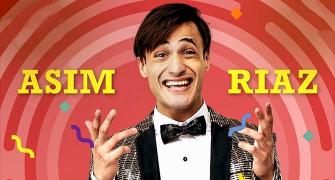 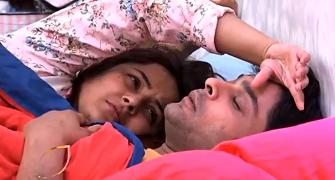 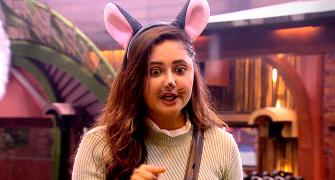 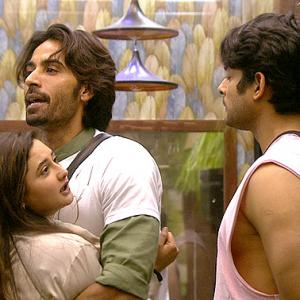