Guess what Tiger's new passion is! 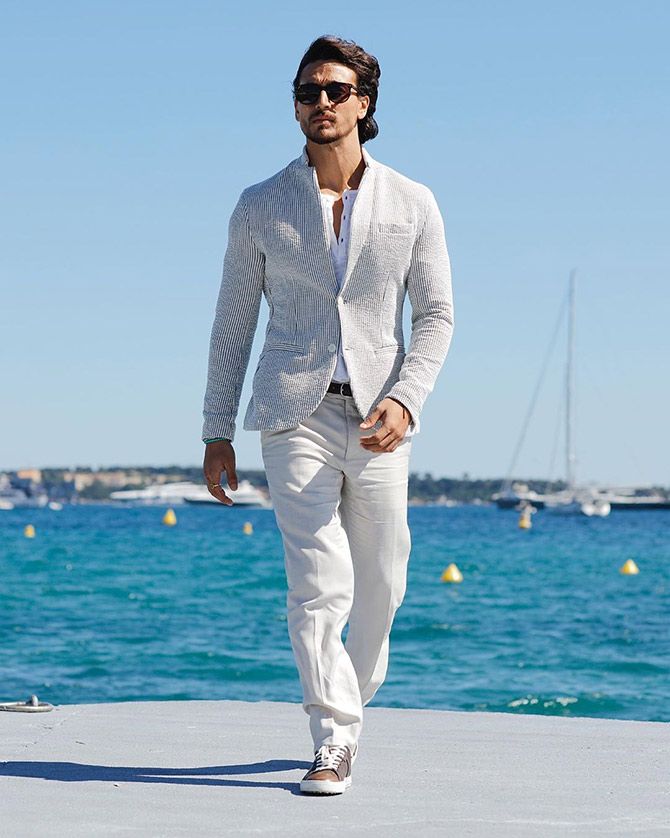 The actor has used the quarantine time to sharpen his singing skills.

"During this lockdown, I have been enjoying singing a lot. So I have been working on a project along those lines," Tiger tells Subhash K Jha.

He may sing for his next film Heropanti 2, which he will start shooting after the lockdown ends.

Meanwhile, how is Tiger coping with the lockdown?

"I have been channelising my energy into exercising and meditation," he replies. "I shifted some equipment from my gym to my house, so that's been a lifesaver. I continued to work out from home during the lockdown."

What has this phase taught Tiger?

"This phase has allowed me to spend more time with family. I never had so much time in recent years to be with my parents and sister. That's probably the only positive I can think of during this phase."

'No sane person can endorse this vile, filthy, rape culture' 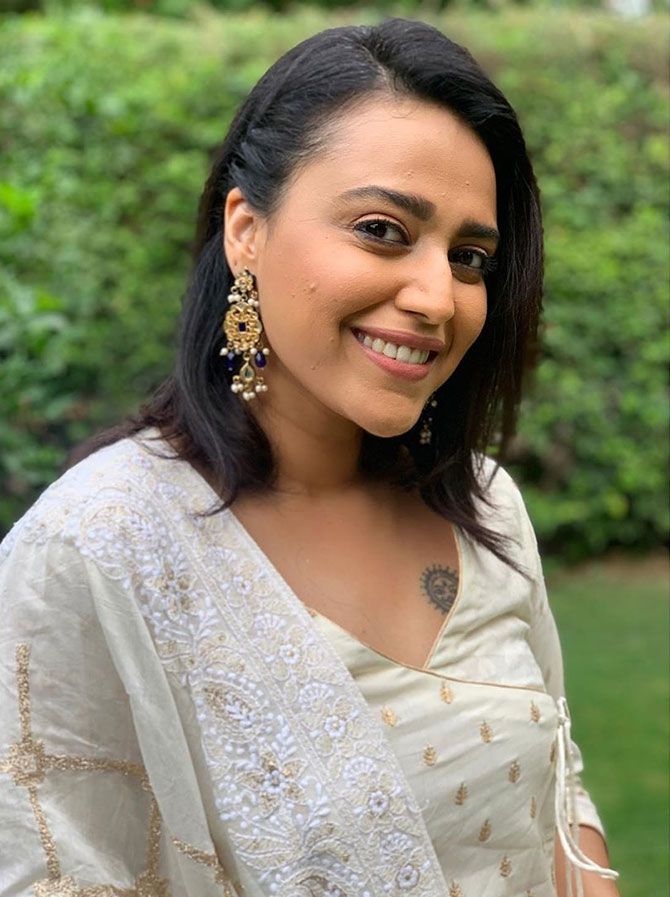 "It's not just me," she says. "There were others like Kunal Kamra. No sane person can endorse this kind of vile, filthy, rape culture," says Swara angrily.

"If you look at the offending video, she has not said anything about Chhatrapati Shivaji Maharajji," Swara says of Joshua's video. "The joke is on those arguing about a statue being put up in the Arabian Sea. Even if the joke is offensive to some, there's a civil way of dealing with it."

"Going on a filthy rampage against the comedian, threatening her with gangrape... this is a symptom of the culture of sickening intimidation that has taken over social media. It must stop!" declares Swara.

What worries Swara is the support such self-styled moralists get.

"If you go to the comments section of Shubham Mishra's Instagram account, there are so many people who approve of his behaviour, so many still spewing filthy hatred at Agrima," Swara points out.

Mishra has now retracted, taken down his offending video and issued an apology.

"What kind of an apology is that?" Swara asks. "He says he never threatened anyone with rape. It is important to acknowledge that abuse in the name of political and religious righteousness is being normalised in our country. This must stop."

Swara's new Web series Rashbhari faced the trolls's wrath, from individuals who oppose her political ideology. Does she think her activism will affect her film career?

"I hope not!" she shoots back. "I can't be silenced by aggressive trolls who feel it is their birthright to threaten women with rape if they don't comply with the so-called normal rules of public conduct." 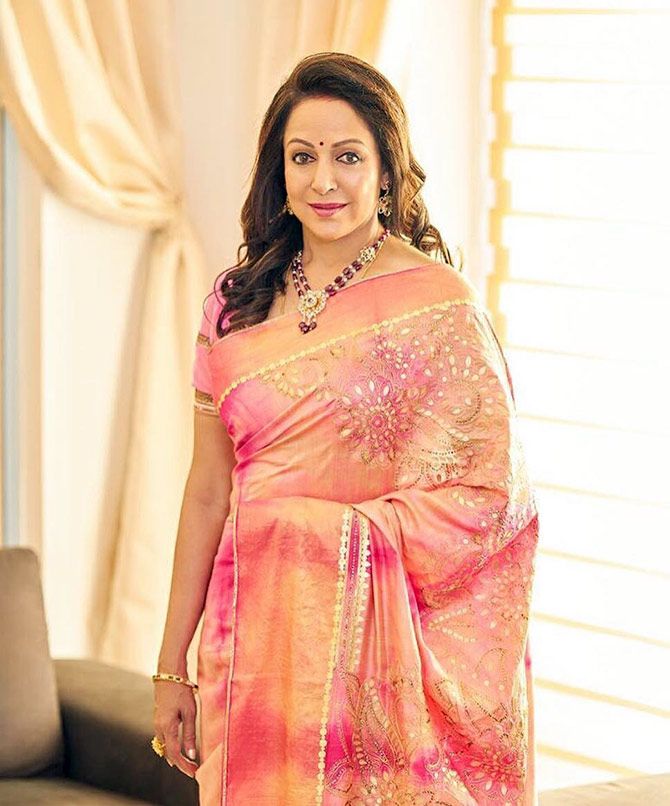 Hema Malini is deeply concerned about Bollywood artistes and musicians.

"Those who lead a hand-to-mouth existence are really suffering in this lockdown," she says.

"Musicians, who play accompanying instruments at live concerts, chorus dancers, the spot boys, photographers..., have no means of livelihood. Something must be done immediately to generate a basic income for them until the virus threat is over," says the BJP MP from Mathura.

"In my constituency, Mathura girls dance every day at temples to earn a living. With temples shut, they have no money to buy food. I have written to Finance Minister Nirmala Sitharaman about them," says Hemaji.

She is equally concerned about the Maharashtra government's post-lockdown policy of not allowing actors above 65 to return to shooting.

"This is absurd. I am above 65. Paresh Rawalji is also in the same age group. Mr Bachchan is in his 70s. Are we all supposed to sit at home doing nothing?" Hemaji, who will turn 72 on October 16, asks.

"The criteria for working or not should be physical fitness, not age. There are so many 60-plus professionals out there -- doctors, lawyers, engineers -- doing so for themselves. God bless them. Let's not discriminate on the basis of age." 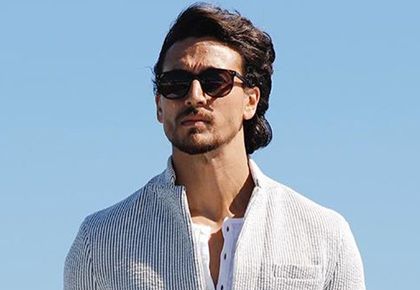 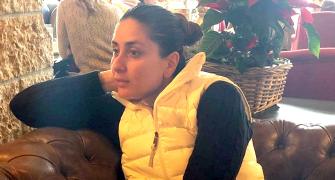 What is Kareena waiting for? 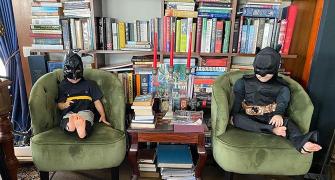 What are Bollywood parents doing with their kids? 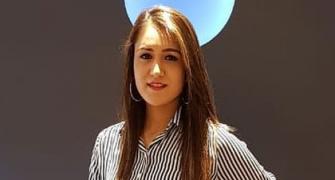 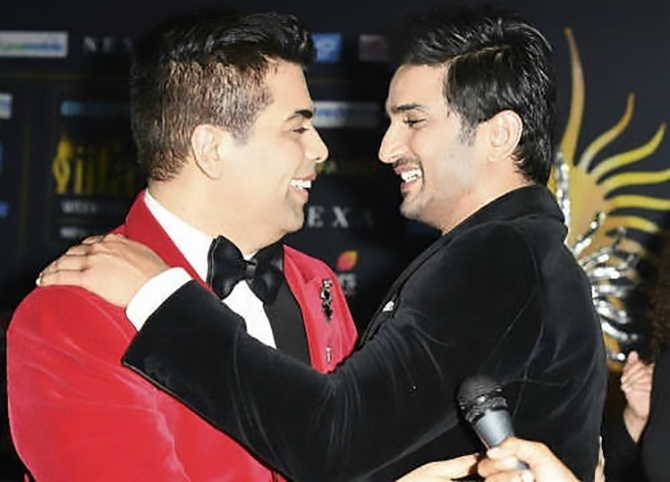 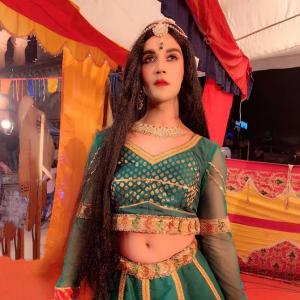