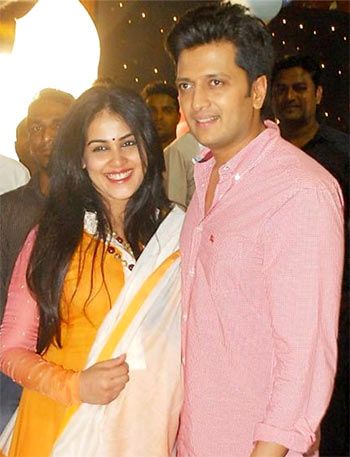 Pregnancy sure suits this gorgeous actress -- she looked just as stunning during her first pregnancy as well -- and she's made us fall in love with her radiant public appearances.

The mommy-to-be can easily be a style guru for expectant mothers. 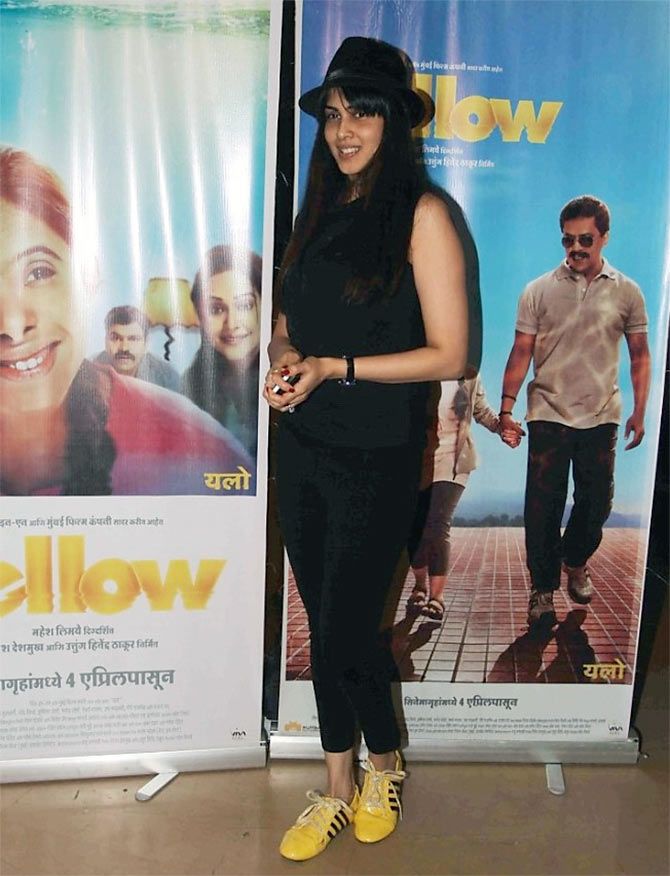 The actress was clicked during her first pregnancy in April 2014. Her son Riaan was born on November 25. 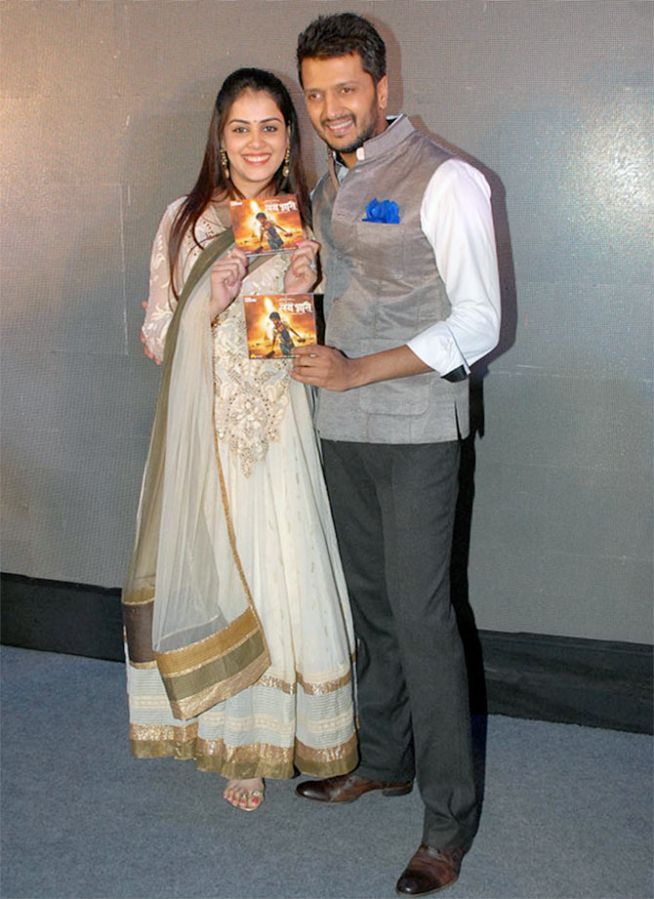 But we didn't know that she was pregnant at the time.

The actress officially announced her pregnancy at the music launch of Riteish's first Marathi film Lai Bhaari in June. 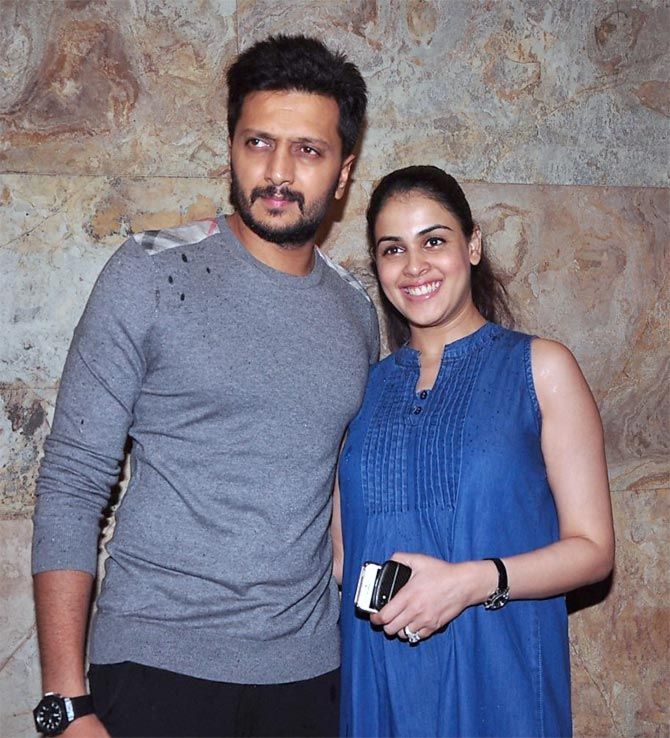 The couple were spotted once again at a special screening of Vidya Balan-starrer Bobby Jasoos in July. 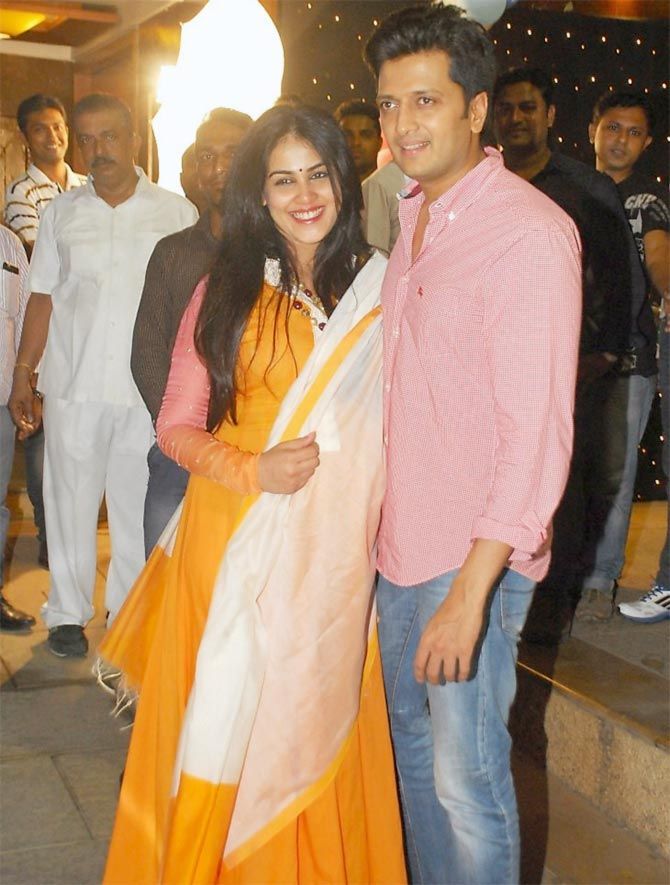 Genelia was absolutely glowing at Abhishek-Aishwarya Bachchan's little daughter Aaradhya's third birthday bash in November, a few days before Genelia had her baby. 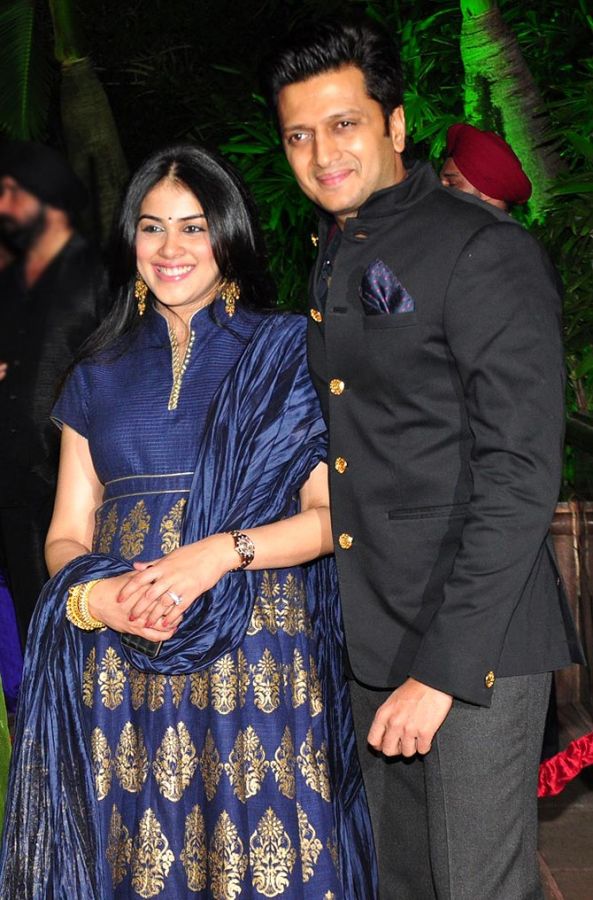 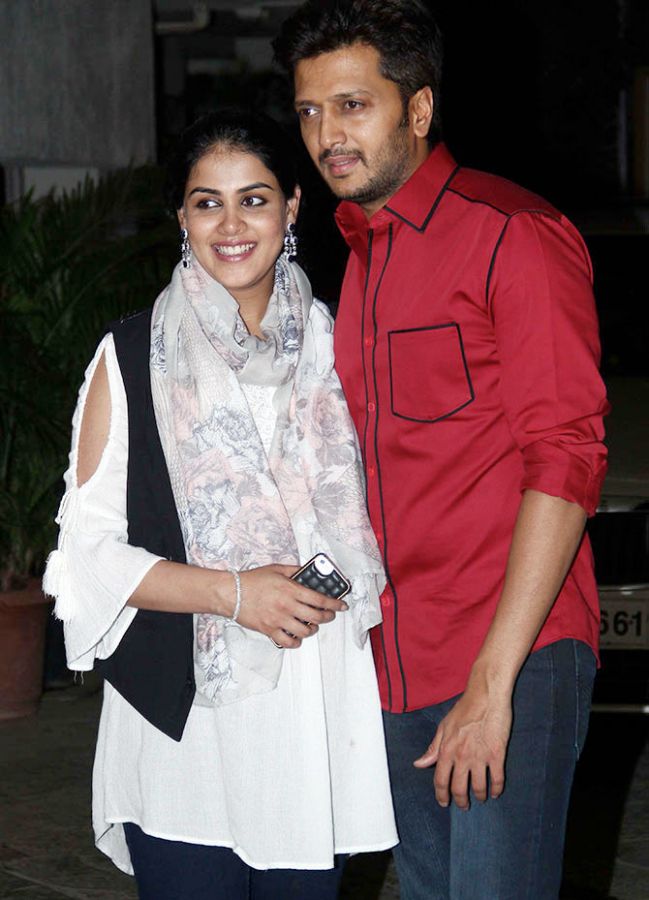 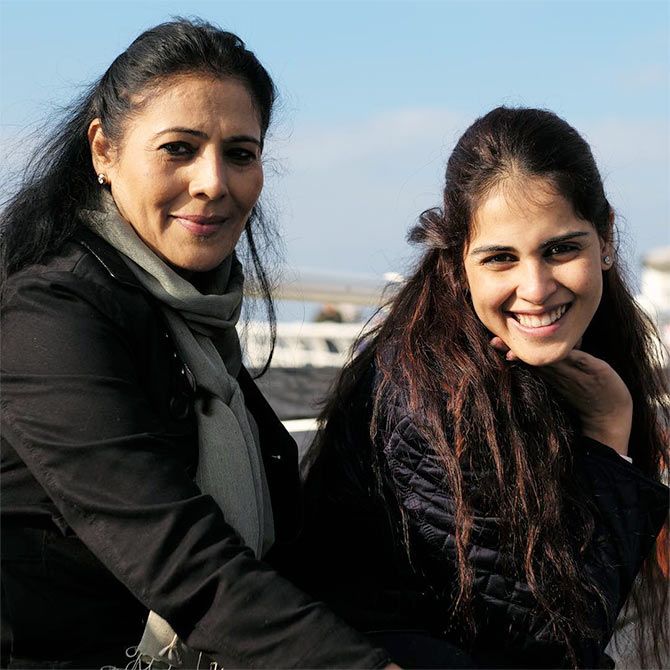 Genelia shared this picture on her mother Jeanette's birthday in December 2015.

She's pregnant with her second baby at this time. 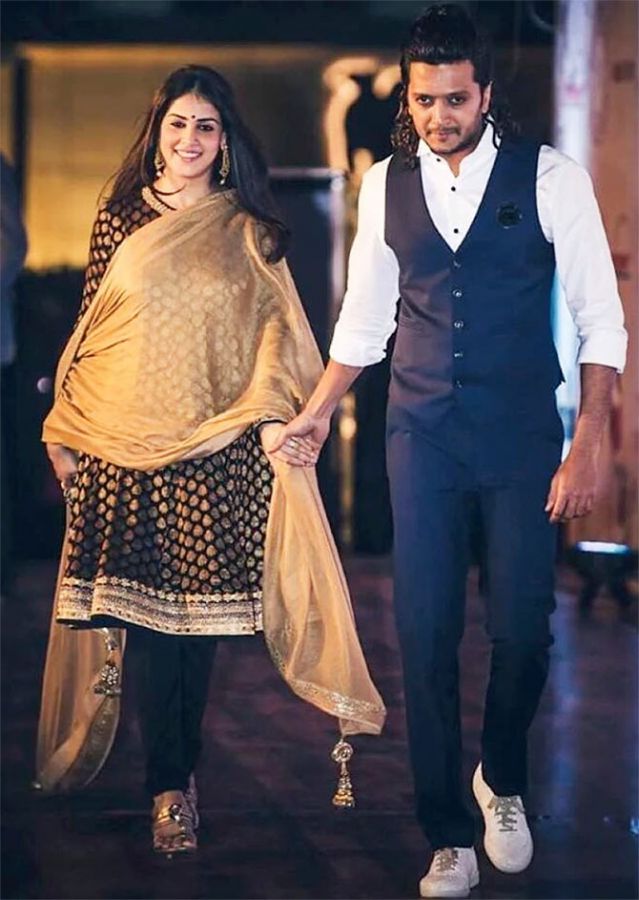 Riteish, seen walking the ramp with his gorgeous wife in January, captioned this picture with: 'Holding hands with you was the best decision I ever made.' 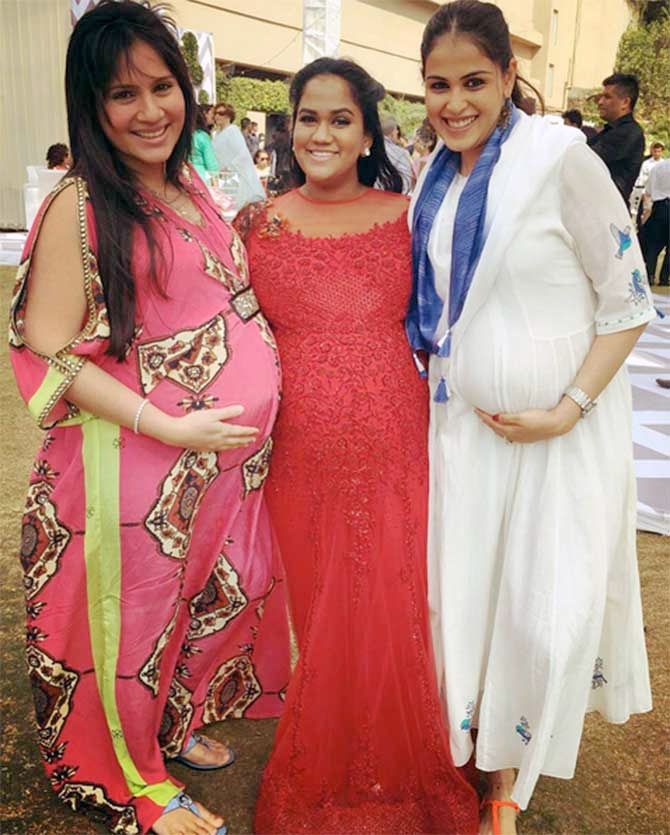 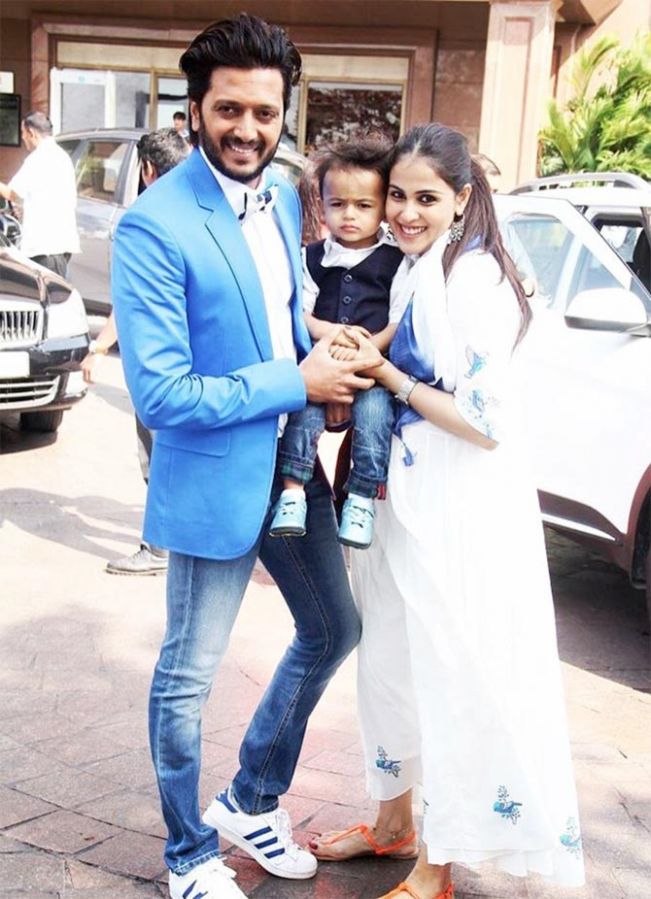 One more to go, and the family will soon be complete! 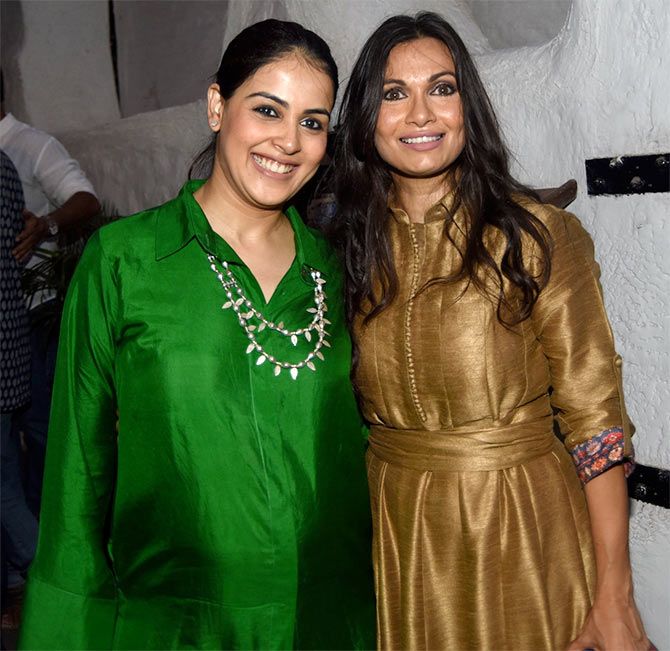 IMAGE: Genelia poses with Maria Goretti at her book launch.

Genelia was recently spotted at the launch of Maria Goretti's debut book From My Kitchen To Yours at the Olive Bar & Kitchen in March.