Gear up to welcome the Dussera releases

There are three big releases and two smaller films just before and during Dussera.

Power (starring Ravi Teja, Hansika and Regina) released on September 12. Mahesh Babu’s Aagadu, directed by Srinu Vytla, will be in theatres on September 19.

There is also Dikkulu Chuddukku Ramayya, a film with a young hero, Naga Shourya, slated to release on October 1. 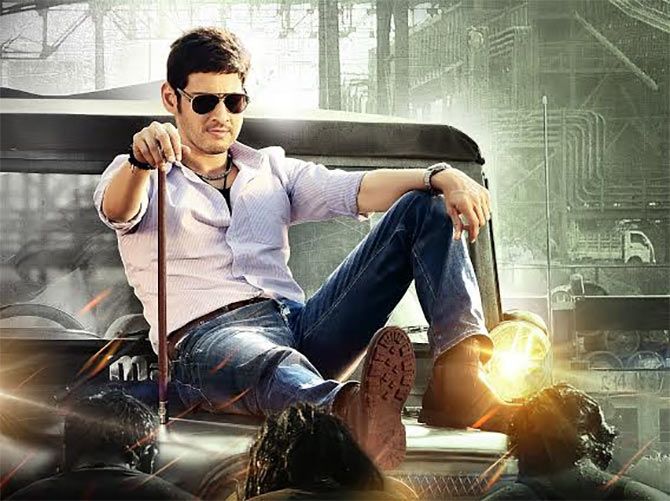 Mahesh teams up with Srinu Vytla again after the super successful Dookudu in 2011.

The film is produced by the same team that produced Dookudu (Ram Achanta, Gopichand Achanta and Anil Sunkara) under the 14 Reels Entertainment banner.

Given Vytla’s penchant for humour, this film is bound to have loads of it with the presence of Brahmanandam, M S Narayana and Raghu Babu.

Tamannaah plays the female lead. This is the first time she is cast opposite Mahesh. Shruti Haasan performs an item number in this film.

Mahesh Babu plays a cop for the third time in films.

Tanikella Bharani, Rajendra Prasad, Nasser, Brahmaji, Sonu Sood, Nadia are part of the cast. Vytla repeats K V Guhan as the cinematographer of Aagadu. A S Prakash is the art director and M R Varma is the editor of this film. Gopichand plays the hero in Loukyam (diplomacy). The heroine is Rakul Preet Singh.

“The film is an out-and-out comedy and a commercial entertainer,” says Rakul. “It has everything in the right dose. One can go and enjoy it with the family.”

Loukyam was shot mostly in Hyderabad. “We shot the songs in Switzerland. We travelled all over the country from east to west. The songs were also shot on the borders of Italy and France,” says Rakul. Hamsanandini is doing a song in Loukyam.

The audio of the film was released in Vijayawada on September 14. This is the second time that Srivas and Gopichand are teaming up, after Lakshyam in 2007. Director Krishnavamsi’s Govindudu Andarivadele, produced by Bandla Ganesh, revolves around a non-resident Indian named Abhiram, played by Charan, who comes home from London in search of his roots.

The film was shot in parts of Tamil Nadu such as Pollachi (which is emerging as a favourite location for filmmakers), Karaikudi, Nagercoil, Rameswaram and Kanyakumari. Some of it has been shot in Hyderabad and the songs featuring Charan and Kajal have been filmed in Jordon and London.

This is Kajal’s third outing with Charan after Magadheera and Naayak. Kamalinee Mukherjee plays the second heroine. Prakash Raj, Jayasudha, Srikkanth, Rahman, Vennela Kishore, and Adarsh Balakrishna are also in the film.

“Govindudu Andhari Vadele is a film for all. Dotted with humour, romance, action and above all sentiments, it’s a story that celebrates the Indian family and the love that sometimes causes pain but brings us together. With gorgeous music, colourful cinematography, talented cast and an accomplished auteur at the helm, the film promises to be memorable and a perfect way to bring in the festival,” says Kamalinee Mukherjee. “This film is the story of a family – comprising father, mother and son. It deals with how the family protects itself when someone commits a big mistake,” says Shourya.

The film was shot in Hyderabad. 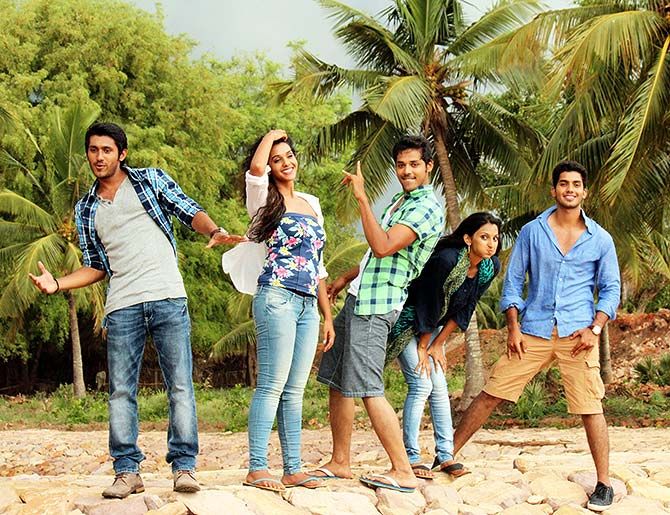 Image: A still from Patshaala

It is a road film, which is not common in Telugu cinema.

It is written and directed by Mahi V Raghav (who had earlier produced films like Village lo Vinayakudu and Kudirithey Kappu Coffee for Moonwater Pictures). The producers are Rakesh Mahankali and Pavan Kumar Reddy.

Pathashaala is the story of five friends who set out on a journey to visit their hometowns after they graduate and before bidding each other goodbye. It’s a journey of friendship, fun, adventure and self-discovery that changes their lives.

The actors are mostly newcomers selected via an online contest. P G Vinda is the cinematographer, Rahul Raj composes the music and the editing is done by Shravan.