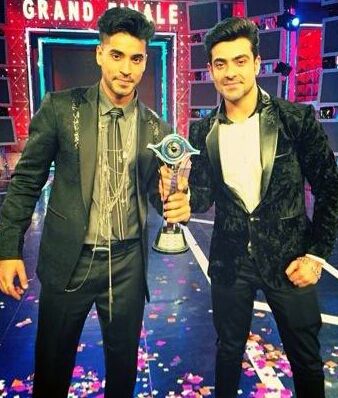 Actor Gautam Gulati, 27, has emerged as the winner of the eighth season of popular reality show Bigg Boss at the grand finale on January 31. He has won a prize of Rs 50 lakh.

The other finalists were Ali Quili Mirza and Dimpy Mahajan.

The contestants stayed in the house for 132 days, in the longest ever season of the reality show.

"I cannot believe that I have won. It has been an exceptional journey with plenty of ups and downs but an experience that I will cherish for the rest of my life. I am indebted to my family, friends and fans who have supported me throughout my journey on Bigg Boss, and cannot thank them enough. Emerging victorious is like a dream come true and I am now ready for the next phase of my career," Gautam said after his win.

The top three finalists were offered an amount of Rs 25 lakh and an option to quit the game. Pritam accepted the offer and exited the show.

"It is an achievement that I came this far," says Pritam. "Being a non-celebrity, it is a big thing. I took the right decision to quit the show with Rs 25 lakh."

"I am happy that I have finished as the runner-up but at the same time, I am feeling bad that I did not win," says Karishma. "The show's win mattered to me but I am happy for Gautam."

The show was quite grand, like always, and saw performances from some of the contestants, both current and former, as well as stars like Malaika Arora Khan and Sonakshi Sinha. Former contestants like Praneet Bhatt, Puneet Issar, Sonali Raut, Diandra Soares, Mahek Chahal, Sana Khan, Sambhavna Seth, Upen Patel and Rahul Mahajan attended the finale.

Rohit Shetty was also a part of the show, as he introduced his forthcoming television show Khatron Ke Khiladi, and even asked the three finalists to perform a stunt, where they had to cycle through a sheet of glass.

The show was earlier hosted by Salman Khan but Farah Khan took over when it got extended by a month.

In the picture: Gautam Gulati and his brother Mohit at the grand finale.