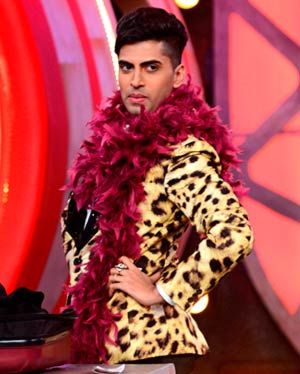 Twenty-four-year-old Sushant Divgikar is the latest contestant to be evicted from the reality show Bigg Boss season 8.

Five housemates were nominated for eviction by then captain Upen Patel.

Sushant was directly nominated by Minissha Lamba who left the show last week.

Sushant, who represented the gay community on the show, made sure his opinions were heard and participated in all the events during his Bigg Boss 8 stint.

The fiesty Sushant discusses his stay in the Bigg Boss house and his fellow contestants with Rajul Hegde.

Are you disappointed that you are out of the house?

Absolutely not! I didn't expect to survive for more than three or four weeks.

I am glad that I have come out of the negative space because I am a positive person.

I came out in one piece to a hero's welcome from my family and friends.

I was a little troubled with the atmosphere inside the house in the last one-and-a-half weeks. It had become very negative, with fights over petty issues.

I don't want to be in such a dirty situation and place.

I could have picked fights with many people in the house to get saved from elimination. But that's not who I am.

Audiences love to see drama and entertainment. They want to see a movie every day in one hour.

How was your stay in the house?

It was a wonderful journey with its share of ups and downs. I am a positive person. I made everyone happy and comfortable in the house.

I am glad that I didn't lose my temper. The tasks given to us were fun and the contestants, including me, took them to a whole new level.

Meeting actress Rekha (who was in the house to promote her film Super Nani) was one of the most memorable moments of my life. That's bigger than being the winner of the show.

The Bigg Boss house has become more about groups than about individuals.

I am very upset that the audience considers this entertainment. This is not some wrestling contest.

What do you have to say about Puneet Issar being back in the house after his eviction (for violent behaviour)?

I know Puneet through his son's girlfriend, who is my best friend. The Puneet I know is not like this in real life.

I really don't know why he is deliberately pretending to be like this in the house. If he is really like this, then I would say he is wrong.

I feel the people who are evicted for violence should not be brought back.

Especially when there is clause in the contract which clearly says that there is no room for violence in the house.

You didn’t get along with Gautam Gulati…

I think he is under the impression that he is going to remain in the house till the next season.

He has multiple personalities and each time he is different.

Trust me, he is a psycho. He should come out of the house and get treatment immediately. 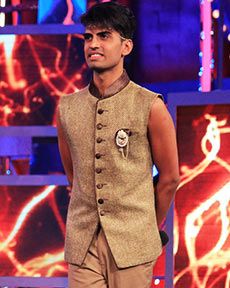 Who will you miss the most?

Sonali is a lovely girl but she is the most misunderstood contestant in the house.

The audience too has perceived her in a wrong way. She never hit on either Upen or Gautam. In fact, Gautam was initially trying his luck with her.

Karishma Tanna was your closest friend but she chose her make-up kit over saving you during the elimination task. Did you feel bad?

If she thought make-up is important for her then it's completely her prerogative.

But I felt bad and that very night I sorted things out with her. I accepted her apology.

What do you think about the new wild card entries in the show?

I know Renee. She will surely add a lot of masala in the house.

I don't think Dimpy Mahajan is going to do anything exciting in the Bigg Boss house.

Who do you think has a fair chance of winning Bigg Boss?

There are three contestants: Pritam Singh is a genuine, opinionated and funny guy.

Upen is balanced, calm, strong and well behaved. And Diandra is blunt, isn't scared to make her point and is a strong person.

So, what’s next for you after Bigg Boss?

Salman Khan has offered to let me sing in one of his films. I am a singer and I know I will do a good job.

I would like to host a TV show, something related to the LGBT community. And also take part in dance, music and adventure based reality shows.

I am also looking forward to being crowned the next Mr Gay India.