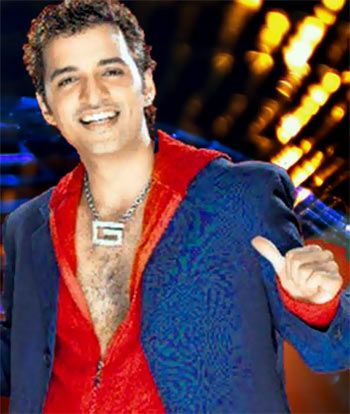 And yet Ganesh Hegde returns to TV to judge Jhalak Dikhhla Jaa, a reality show.

Rajul Hegde finds out why.

Ace choreogrpher Ganesh Hegde, who was a part of reality shows like Fame X and Kabhi Kabhii Pyaar Kabhi Kabhii Yaar, returns to TV as one of the judges of Jhalak Dikhlaa Jaa 8, alongside filmmaker Karan Johar and actor Shahid Kapoor.

What bring you back to reality show?

I have done two reality shows before.

But I wasn’t keen on doing more because reality shows are boring.

As a judge you don’t have much to do. Since I am a singer and an entertainer, I like to entertain people which I don’t get to do in a reality show.

But Raj Nayak (CEO of Colors, the channel that airs Jhalak) told me that I will come across as an entertainer too in Jhalak.

Have you followed the past seasons of Jhalak?

I have not followed the show earlier but I am familiar with its format.

I had been on it last year during the semi-final round as it was Ganesh Hegde special.

I had performed and choreographed five other dances for the contestants. They liked my work.

Do you watch any other reality shows?

Like I said I find reality shows boring as they are repetitive.

People who don’t have a sense or knowledge of things are judging such shows.

How can someone talk about a particular dance form when they don’t know much about it?

But it’s working because people love gossip, masala and fights. But I can’t tolerate and watch such things because I know about it.

You have replaced choreogrpher-director Remo D'souza and actress Madhuri Dixit who were the face of the show.

We cannot replace anyone, it’s just a different flavour. We have our own individuality which we bring to the table. We cannot fill in anyone's shoes or no one can fill in our shoes.

Did you, at any point, learn any new form of dancing while judging?

The best part of my career has been that I have done more live shows; I have not just dabbled in Bollywood dancing.

My first live performance was in 1991.

I have opened for the Michael Jackson concert so I have interacted with a lot of foreigners. I've also been a back up dancer and learnt classical dance too.

I have got huge exposure with the live shows to so many cultures and dance forms.

I have also made actors do one of the other kind of dance form. It could be salsa, hip pop or contemporary.

What’s your forte in dance?

My forte is mixed. I have not stuck to one style; you can see the difference between a Mitwa (Lagaan) to Main Hoon Don.

My dance guru is Michael Jackson.

The only thing that struck me about Michael Jackson was how he always strived to be distinctive. That is what I have tried to follow all my life.

Who is your favourite actor when it comes to choreographing a dance?

I am choosy about my work and I have worked with almost all the actors.

All of them have distinctive qualities. The beauty is when you make them dance according to their calibre.

Have you worked with Shahid Kapoor (co- judge on the show)?

I have worked with Shahid too. He is a very good dancer. The problem with good dancers like Shahid and Hrithik (Roshan) is that they worry a lot.

You need to spend lot of time with them and finally the end result is always good. While non-dancers say that they don’t have an option, and will do whatever you tell them to.

Can you name one actor who takes the most amount of time in learning a dance routine?

Everyone takes time to learn, especially the better dancers like Hrithik and Shahid take a long time because they know that they can do it and want to perfect it.

Is there any actor you wish to work with?

I have worked with all the actors.

I might be the only choreographer who has worked with the entire Bollywood AND Michael Jackson.

I have done stage shows with Dilip Kumar, Shatrugna Sinha, Raj Kumar, Amitabh Bachchan and I have worked with Varun Dhawan too.

Can you talk about your directorial debut?

I have been working on the film for three years now. It is near completion.

Hopefully by this year end, we will go on floors. It’s an entertaining film. I believe in emotions, relationships.

It is going to be a different film; it is not a dance film. I think you should not do what you already know. You should show other facets of your personality as well.