News
Business
Movies
Sports
Cricket
Get Ahead
Money Tips
Shopping
Sign in  |  Create a Rediffmail account
Rediff.com  » Movies » 'Freedom of expression is the biggest joke in the world'

'Freedom of expression is the biggest joke in the world' 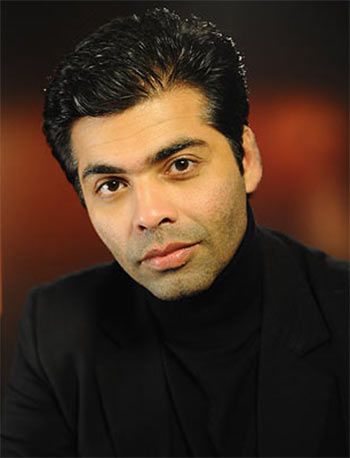 'I really wonder how are we really democratic? How is there freedom of expression? As a filmmaker, I feel bound at every level, be it what I put out on celluloid or what I say in print.'

Filmmaker Karan Johar's controversial remarks on intolerance kicked up a storm with the Congress hitting out against the Modi government accusing it of stifling freedom of expression. The BJP dismissed the criticism saying India is the most tolerant country.

Wading into the intolerance debate, Johar said, "The talk about freedom of expression is the biggest joke I believe in the world. Democracy is the second biggest joke I think."

"I really wonder how are we really democratic? How is there freedom of expression? As a filmmaker, I feel bound at every level, be it what I put out on celluloid or what I say in print," he said at the ongoing Jaipur Literature Festival.

Union Minister Mahesh Sharma retaliated saying, "The whole world is seeing that India is the most tolerant country."

Also hitting back at Congress, his ministerial colleague Mukhtar Abbas Naqvi said, "Those who are raising questions on India's tolerance have no knowledge about the country's culture and traditions. They are illiterate. It is true that issues of intolerance crop up the moment elections are announced."

Rubbishing their claims, Tewari said, "It is against every such behaviour that wants to take the liberal and all encompassing ideologies forward."

"If all other artists and actors and filmmakers and writers are saying that this government is against intellectuals and is trying to curb the freedom of expression, then it must be true. Truth does not need any evidence," he said.

In his conversation with Poonam Saxena who has penned his biography An Unsuitable Boy and author-columnist Shobaa De, Johar said he felt he was living in a "tough country" where speaking about one's personal life can land people behind bars.

Recently Aamir Khan found himself in a controversy for speaking up against the 'growing intolerance' in the country.

Johar, who has made films on contentious issues such as homosexuality (Dostana) and relationships outside wedlock (Kabhi Alvida Na Kehana), said, "I feel like there is always some kind of a legal notice awaiting me everywhere I go."

"I've become some kind of an FIR king," Johar said referring to the controversy over the AIB Roast, staged in Mumbai last year which involved the western concept of insult comedy.

The Bombay High Court recently asked Mumbai police not to file a charge sheet against the filmmaker and others facing a criminal case for allegedly using obscene language on the show.

Johar said he did not want to fight the "governance" by speaking out on "intolerance" like his colleagues in Bollywood industry did last year.

"Look what happened as a result of anyone who said anything on it. I make movies, I'm fighting megalomaniac movie stars everyday. Do I need to fight the governance? We're fighting the censor with every film. You write anything, you can't say anything. How are we democratic then?" he asked.

Johar also said that he is "always looking for scandal" as that keeps him in the news, something he loves about the business of showbiz.

"This keeps me in the news. I have no extramarital affair to talk about...so I think I’m looking for scandal," the filmmaker said.

Congress spokesperson Amiben Yagnik asked why one cannot speak freely in public, a fundamental right enshrined in the Constitution.

Backing Johar, actor Raza Murad said, "Whatever Karan has said has come straight from his heart and it should be introspected upon."

"When Shah Rukh Khan and Aamir spoke about it, they faced a lot of flak. Their films were stopped and their posters and effigies were burnt. And now when Karan, who is not related to any political party and has never given any such statements before, has said this that means somewhere down his heart he is afraid."

Filmmaker and Censor Board member Ashoke Pandit tweeted, 'What is @karanjohar's reaction on the #Intolerance of #ISIS, that the govt. is successfully cracking on?' 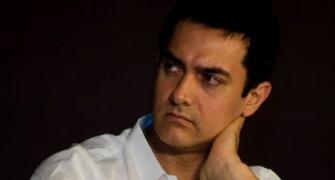 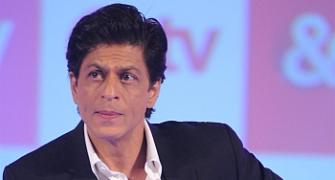 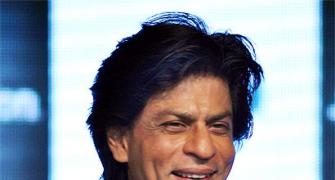 Never faced any intolerance, except when smoking: Shah Rukh 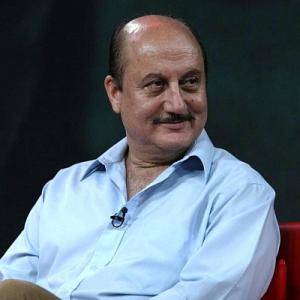 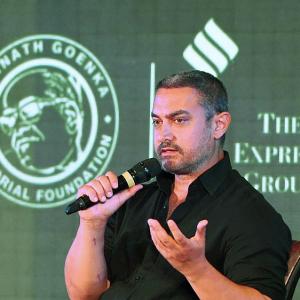