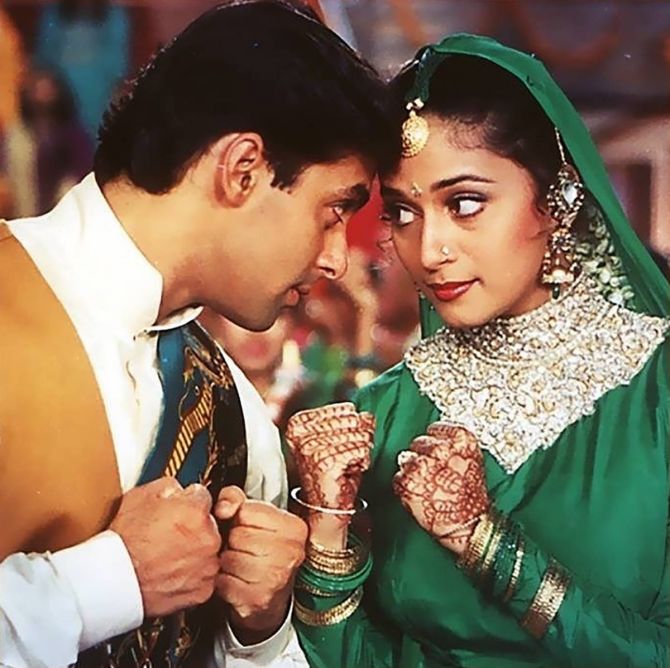 After Maine Pyar Kiya, Director Sooraj Barjatya and Salman Khan decided they would come together for another love story, this time a full-blown musical with 14 songs.

Salman was not sure if that would work.

Initially, when the film opened, audiences complained about its length, so two songs -- Chocolate Lime Juice and Mujhse Juda Hokar -- were removed.

But when the film went on to then become the biggest box office hit in the history of Hindi cinema, the two songs were restored on public demand. 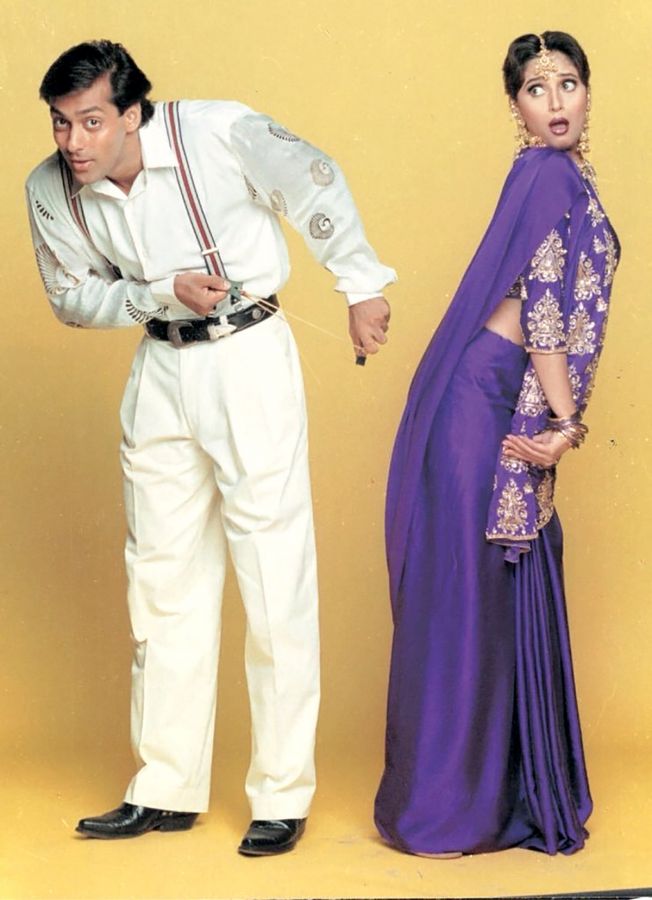 Lata Mangeshkar, whose voice is the soul of Hum Aapke Hain Koun..!, recorded 10 songs in four days, as she had to leave the country for a concert tour.

She recalls Sooraj Barjatya being part of every recording: "He knew exactly where and how he wanted the songs. He had the music mapped in his mind." 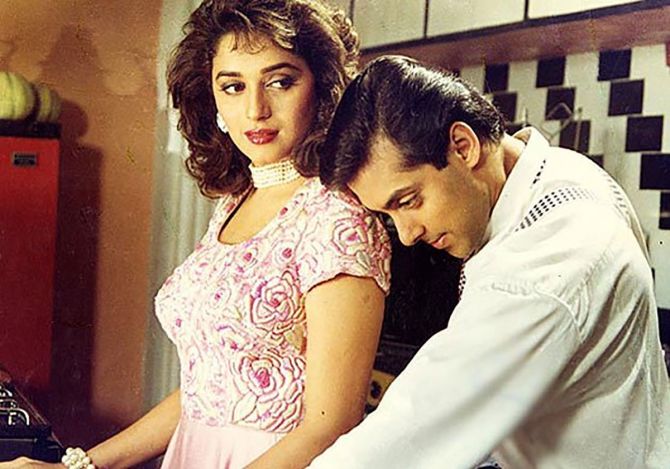 When Sooraj was ready with Vivah in 2006, I asked him if it would be as big a hit as Hum Aapke Hain Koun...!

He replied, "I can't remake Hum Aapke Hain Koun..! because that part of my life is over. It's never thought of. It just happens. I've always gone by instinct. No one can do that, not even me. Every project dictates its own vision.

"At 40, I can look at the man-woman relationship with some detachment. Unlike my earlier films, Vivah isn't about the festivities connected with a marriage. It's about the definition and dynamics of a marriage. I feel youngsters are losing touch with the beauty of relationships." 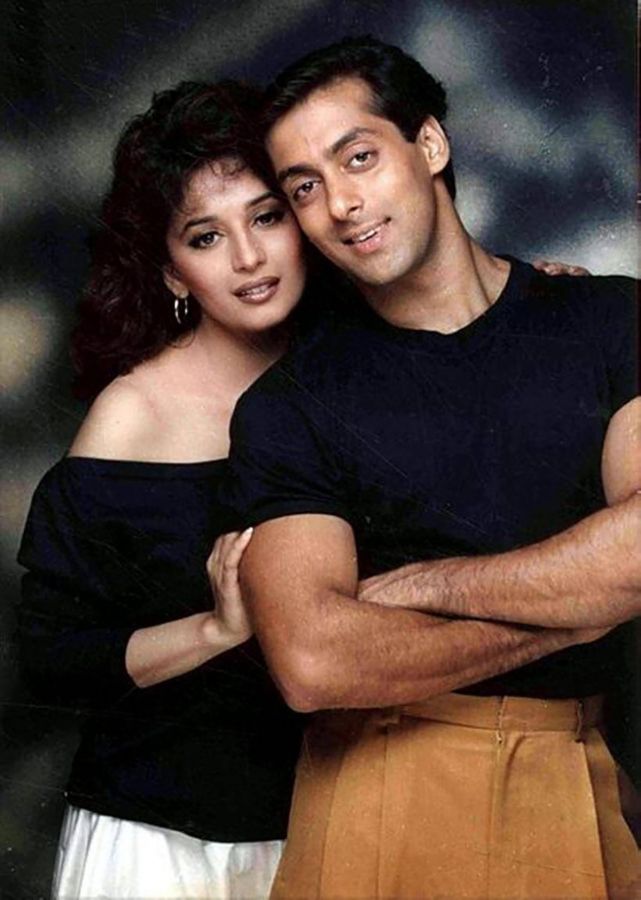 Sooraj and Salman have done four films together, and during this time, they have shared a spiritual relationship.

Their friendship struck a rough patch during Hum Saath Saath Hain due to the black buck controversy.

But that's in the past now.

Today, Salman is closer to Sooraj and his family than ever before. 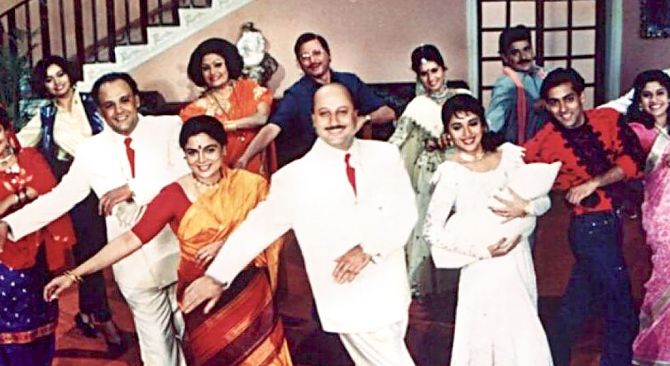 Some of Sooraj's favourite contemporary films are Veer Zara and Black.

He said he couldn't connect with Bunty Aur Babli and Page 3.

"I don't think I could make films like those. I can't bear to sit through the complexities of life in Page 3. Tabu keeps telling me to watch Madhur Bhandarkar's Chandni Bar. But I can't bear it. I couldn't watch the little boy in the first half of Koi... Mil Gaya suffer.

"I feel, as a film-maker, it's my duty to give audiences hope. Even today, when I sit through Hrishikesh Mukherjee's film, I feel happy." 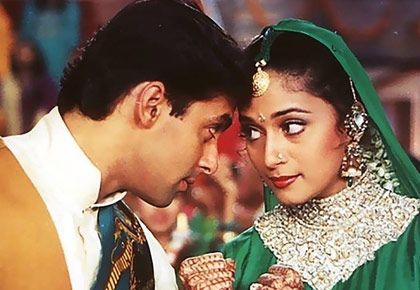 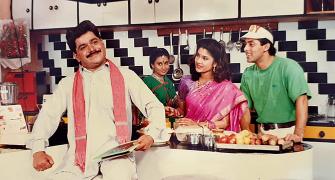 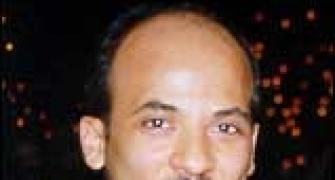 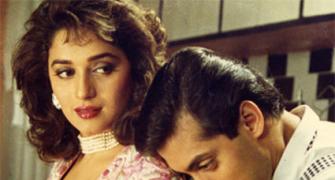 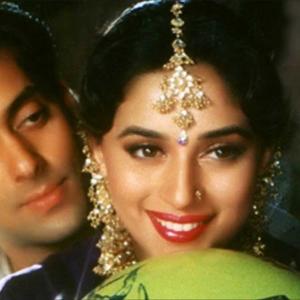 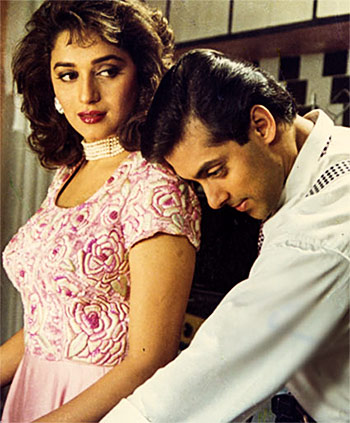 Quiz: Hum Aapke Hain Koun...! is adapted from which film?