Karan Johar: Singh Is Bliing is a super entertainer Akshay Kumar starrer Singh Is Bliing, all set to hit screens this Friday, received some love and support from filmi folk:

Karan Johar: Early reports suggest #SinghIsBliing is a super entertainer....and an absolute riot!!! @akshaykumar like never before!! In cinemas tomorrow.

Sonu Sood: Wishing my brother @PDdancing a huge success for #SinghIsBling .. U deserve it sir. Will watch in dubai. Love u always. When Shah Rukh Khan learnt his Happy New Year costar Sonu Sood is gearing up to work with Hollywood star Jackie Chan in Stanley Tong's upcoming film Kung Fu Yoga, he wasted no time in wishing him luck; he also had a message for Sood's new high profile costar.

SRK posted a picture and tweeted: 'Two of my absolutely favourite men in the world. Way to go Sonu and please tell Jackie I want to come and see him.'

Currently shooting for Rohit Shetty's Dilwale, King Khan took out time to thank his Fan director Maneesh Sharma: 'Woke 2 a msg from Team Fan after they watched the film. I am relieved that my life has not just been a breathing exercise.Thx & lov Maneesh.'

Oscar-winning actress Cate Blanchett will attend the annual Women in the World Summit in Delhi this November.

Actress Shabana Azmi broke the news: 'Cate Blanchet coming to N Delhi on 20th Nov for Women in the world summit hosted by Tina Brown. Nita Ambani Barkha Dutt and I are cohosts.'

The event aims to bring together women leaders, activists and political change-makers from around the world to share their stories, and offer solutions to building a better life for female.

'Thank u Siddharth Anand, Sajid Nadiadwala Ranbir Kapoor, Zayed Khan and everyone on the crew for this amazing journey #5YearsOfAnjaanaAnjaani,' Priyanka tweeted. After making the Indian version of 24, actor Anil Kapoor is busy researching for the Indian adaption of popular American comedy Modern Family in Los Angeles.

He posted a collage of pictures and wrote: 'Exploring the #ModernFamily world. Can't wait to recreate the magic for Indian audiences! @ModernFam @RheaKapoor.'

The comedy revolves around three families that are interrelated through Jay Pritchett, his son Mitchell Pritchett, and his daughter Claire Dunphy. 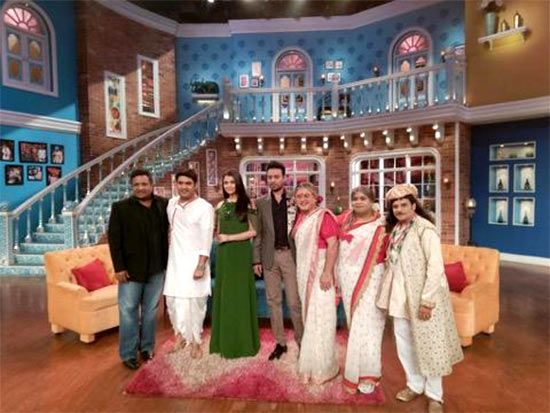 Director Sanjay Gupta ‏posted a picture and wrote: 'Here we are on CNWK. Hilarious episode. MUST WATCH.'

Jazbaa will release on October 9. 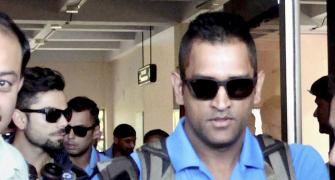