The first look of Saif Ali Khan and Ileana D'Cruz starrer Happy Ending is out.

'Have always enjoyed CNWKapli…but tonite what the HNY team & CNWK team has shot has to be the funniest ever. Thanks,' the 48-year-old actor tweeted.

Sanjay Gupta: Jazbaa is going to be my career's best film

Director Sanjay Gupta, who made films like Kaante, Shootout at Lokhandwala and Shootout at Wadala, says his next film Jazbaa will be his career's best.

'We're still working on it but I can confidently say that JAZBAA is going to have a fabulous ensemble cast. My career best for sure!' Gupta posted.

Manoj Bajpayee gears up for his next

Manoj Bajpayee, who recently finished dubbing for Tevar, is all set to start shooting for his next film.

'TEVAR dubbing over.now packing to go to wait for my new film shoot. Title is not decided. I am after them to pick on ASAP. Gr8 script. Happpyy,' he tweeted.

Sunny Leone shoots despite being ill

Sunny Leone, who recently returned from Los Angeles, has resumed shooting for her forthcoming film Leela.

However, the 33-year-old actress isn't keeping well. 'So pissed I'm sick!! I hate it. It's very hard to work like this and especially a song for "Leela" but the shots were gorgeous today,' she tweeted.

Directed by Bobby Khan, the film is going to be a passionate love story.

She shared a picture of them and tweeted: 'Happy birthday to my Mommy Dearest!'

On the sets of PK

Anushka Sharma, who is currently shooting for the last leg of upcoming film PK, shared a picture of her with director Rajkumar Hirani and tweeted: 'Introducing the goofy side of Raju Hirani .. Now you know where his actors get their expressions from.'

Actress Rakul Preet celebrated her 24th birthday on October 10 and Rana Daggubati wished her on Twitter.

'Happy birthday @Rakulpreet have a great year ahead filled with more and more blockbusters,' he tweeted.

Meanwhile, Rakul Preet thanked her fans and wrote: 'Woke up to such lovely bday wishes.. Thanku for all d messages.. Love u all !!!' 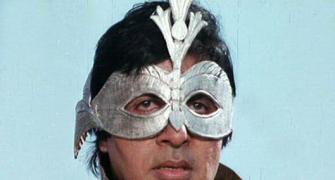 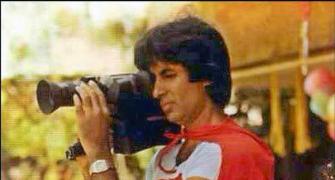 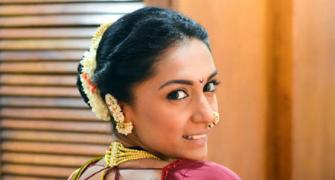 HOTTEST styles of TV stars to amp up your Diwali outfit!