After the hugely successful Manam and an average Autonagar Surya, Naga Chaitanya’s next release will be Oka Laila Kosam.

The film is directed by Vijay Kumar Konda, whose Gunde Jaari Gallanthayinde with Nithin and Nithya Menen was a hit.

The film is produced by Nagarjuna Akkineni under his Annapoorna Studios.

Pooja Hegde (Miss India Universe second runner-up) will be making her Telugu debut with this film. She already has the Tamil movie Moogamudi to her credit.

Oka Laila Kosam is a romantic comedy. It is named after a song from the late Akkineni Nageswara’s film Raamudu Kaadu Krishnudu.

Shooting commenced in December 2013; the film is shot in Hyderabad with songs filmed in Switzerland.

The cinematographer is Andrews and the film is edited by Praveen Pudi.

Ram-Lakshman are in charge of the action sequences.

Anoop Reubens is the music composer.

The film is Chaitanya’s third release this year and is scheduled to release on September 5. 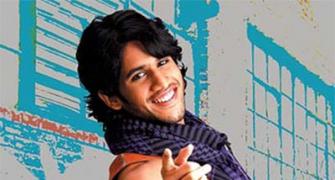