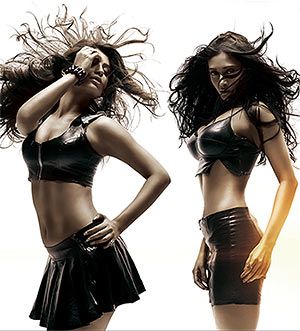 While the film's shooting commenced in August last year, the film's leads -- five female debutantes -- have been closely guarded so far.

Bhandarkar even made sure to avoid any leaks from the sets of his newest film.

Now, with the film ready and prepping for release this August, the film's first official look has been unveiled.