'Fatwa against AR Rahman is so silly' 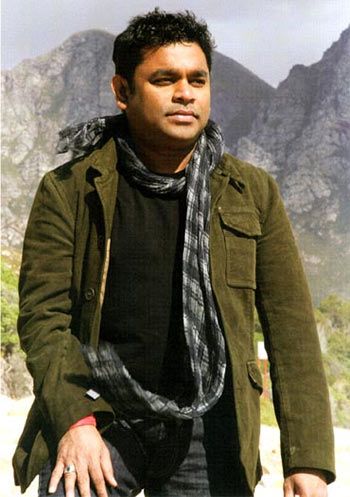 Sonam Kapoor: @arrahman has the most amount of grace and humilty.. How beautifully put.

Shabana ‏Azmi: @arrahman i stand in solidarity with you. Raza Academy has no locus standi. They issued a fatwa against me too and i just ignored them.

Hansal Mehta: Must one even pay attention to dubious groups who issue irrational fatwas? @arrahman is protected by his devotion, his music and our love.

'We are told #CalendarGirls is facing problems for a release in Pakistan because of a dialogue the local distributors saw in the trailer. As somebody who's always tackled hard-hitting subjects sensitively, I earnestly request all distributors in Pak to kindly watch the film,' Madhur tweeted.

'I assure one & all that #CalendarGirls is NOT anti-Pak & WON'T hurt any sentiments. Sincerely pray Censor there watches & gives a go-ahead,' he added.

The film will release on September 25.

Thanking his well-wishers, he tweeted: 'Wow... Just saw Twitter! How sweet of all of u to make #HappyBirthdayKabirKhan trend!! Thank u so much. A most unusual gift. I'm truly humbled by this gesture from all of you.' Soha Ali Khan, who stars in the film, shared it on Twitter and wrote: 'Devender Singh, a family man whose life took a terrifying turn during 1984 Sikh riots #31stOctober #CharacterPoster.'

The film, which also stars Vir Das, is set in the backdrop of the 1984 anti-Sikh riots. It will release on October 30. Shah Rukh Khan is the latest Bollywood celebrity to join the Instagram bandwagon.

The 49-year-old actor, who is shooting for Rohit Shetty's Dilwale, wrote: 'Had forgotten my Instagram password, so that's y I could not upload...uh ok.'

He later posted a picture, above, and added: 'No one 'shaves'us but ourselves. No one can and no one may. We ourselves must walk the path.

When Akshay Kumar got ignored by a fan Akshay Kumar was in for a surprise when he visited his wife Twinkle Khanna at a bookstore.

He posted a picture, above, and wrote: 'Ignored by a fan who wanted an autograph of @mrsfunnybones...happens when your wife is a bestselling author! #proud'

Twinkle Khanna wrote back saying, 'At lunch today-but Mr K didn't have to eat humble pie, he is just being really humble.'

'Where the big star happily looks on at the little one that twinkles -sorry reposted -couldn't resist the poor pun :)' she added later.

On the sets of Sanam Re Divya Khosla Kumar, who is shooting for Sanam Re in Alberta, shared a picture, above, and tweeted: 'As I shoot #SanamRe in #Alberta. In betwn the stress n hectic pace this cast of golden glow frm the eternal almighty.'