'The script, the way it has been written, the relationships, the intensity... everything was so powerful.' 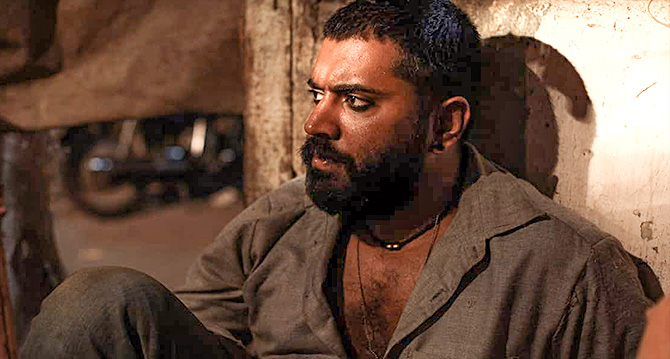 One of Malayalam cinema's biggest stars, with films like Bangalore Days and Premam to his credit, Nivin Pauly is set to explore new horizons.

His new film Moothon takes him places he's never been before, like the Toronto Film Festival.

It opens his eyes to experiences he's never had before, like acting workshops.

It also brings him to Mumbai, where his film will be premiered at the Mumbai film festival, MAMI.

"I am looking forward to meeting people from the Mumbai industry, watching the film and seeing their response," Nivin tells Patcy N/Rediff.com.

How was your experience at the Toronto film festival?

This is the first time that a film of mine premiered at such a big festival like TIFF.

Getting that platform for the global release of a film is great.

The response was good; people loved the film.

People came and spoke to us, gave us good feedback.

The experience was really good. 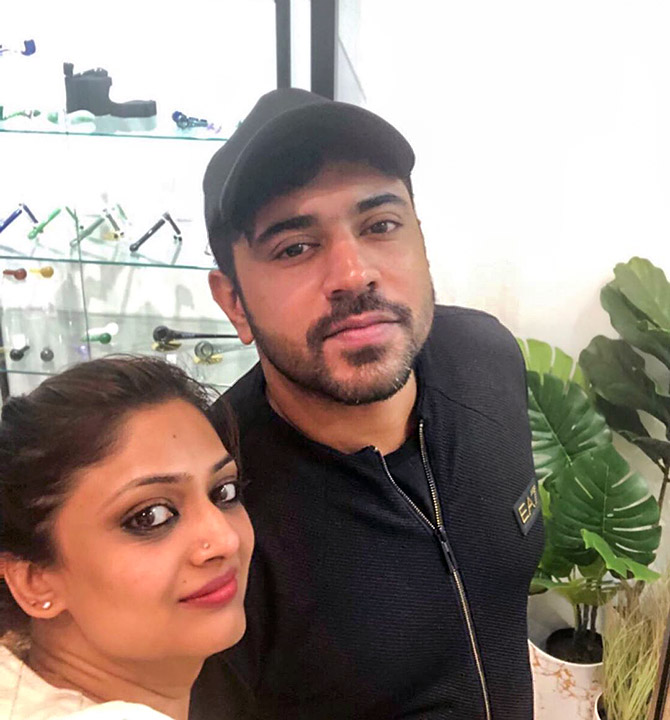 How did Geetu Mohandas approach you for the film?

Whenever we met, we would discuss Moothon -- the script, the scenes, even the cast.

As I got to know more about the script and scenes, I started wishing that the film comes to me.

I had an intuition that I may play the lead.

I would keep wondering why she would talk about the other actors, not me.

One day, she asked me and I told her I wanted to listen to the whole script.

Once I did, I felt it was powerful.

The script, the way it has been written, the relationships, the intensity... everything was so powerful.

Every actor would wish to do film like this.

Geetu had won an award for the script at the Sundance Festival. Was that also a reason?

It's just that I wish to work with different types of film-makers.

I loved her first film Liar's Dice and wanted to explore that kind of films.

Geetu was the best director to start with and I felt Moothon will be a good film to explore. 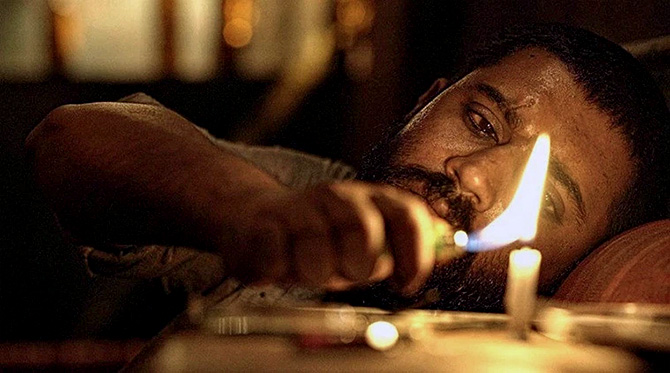 Geetu is an actress too. How does she direct? Does she enact the scene first?

No. She always tells you to look for things within yourself. Find Akbar (his character's name) in you and that Akbar will perform.

The way she explains is really nice.

She is very particular about the actor being in the mood of the character and not getting distracted with the crowd.

She always protects her actor from getting distracted.

She is demanding in a good way.

She will say you are capable of more and will keep pushing you.

Even when the light is fading during the shoot, and there's a problem, she wants her actors to be comfortable. She will shoot only when the actor is ready.

She never forces the actors to shoot in a hurry.

She gives them space which keeps up the actor's confidence.

What kind of preparation did you do for the role? What were the challenges?

One thing I told Geetu was that I wanted to unlearn whatever I had learnt before as I wanted to approach this character in Moothon in a new way.

We did a workshop with Atul Mongia in Mumbai, where he took out my inhibitions.

I have never done a workshop before, this was my first experience.

It was a good kick-start to approach things differently.

Most of the scenes are very intense, so we had to prepare getting into a scene. When did Anurag Kashyap get involved?

From the beginning. He was on board when I met him in Kerala.

He came on board for the Hindi dialogues.

I am from Kerala, and I know every actor in the south would love to work with him and associate with him.

He is such a great and humble human being.

He has given such a big platform to film-makers and films to go international.

To get associated with him was a big thing for me.

Is Moothon a bilingual in Hindi and Malayalam? Did you dub your Hindi dialogues yourself?

It is not a bilingual.

The film is in sync sound, so there was no need of dubbing. 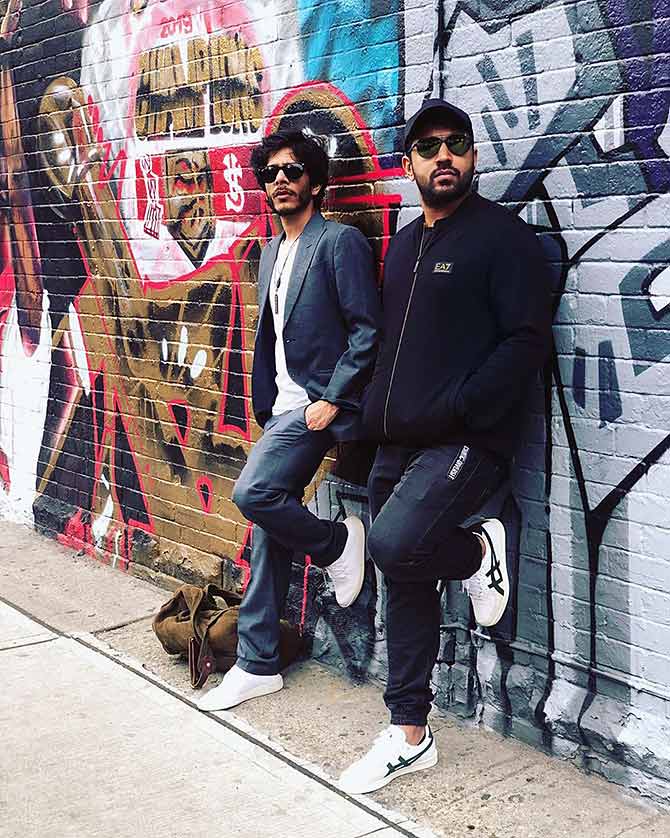 How was it working with Sobhita Dhulipala?

She's there once the film travels to Mumbai.

We have many scenes together, Sobhita and Shashank (Arora) have become good friends of mine.

They have done many good films with brilliant directors.

I have a brotherly affection for Shashank.

Are you nervous about Moothon's MAMI premiere?

I am a little nervous and extremely happy.

I am looking forward to meeting people from the Mumbai industry, watching the film and seeing their response.

It's my first film at MAMI, so that's a thrill. 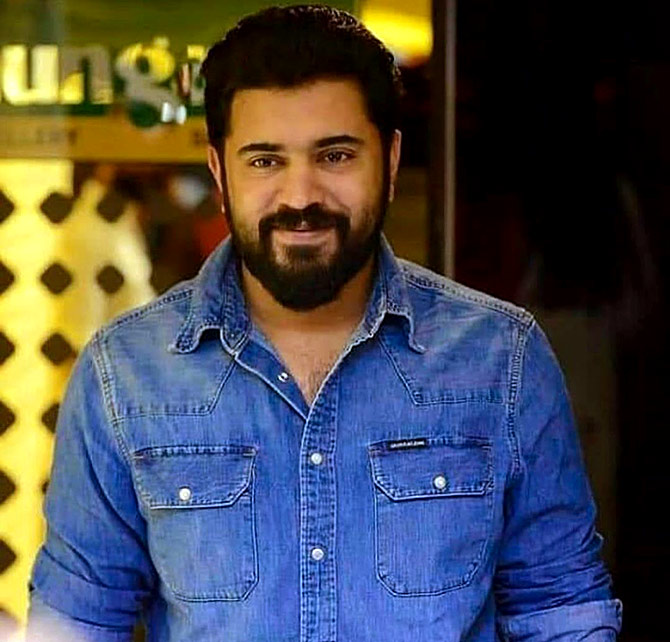 The script should excite me when I listen to it the first time.

I want a balance between commercial and parallel films.

I am always looking for scripts which will marry both. Like, the film should have good value as well as commercial success, so that the producer gets his money back.

It's very different from the way I used to choose scripts five years ago.

We keep growing and learning from the mistakes we make.

Would you like to star in a Hindi film?

If something exciting comes up, I will definitely do it.

I have been offered Hindi films. I could not do them because of my commitments in the Malayalam industry.

Let Moothon release and then we will see what happens. 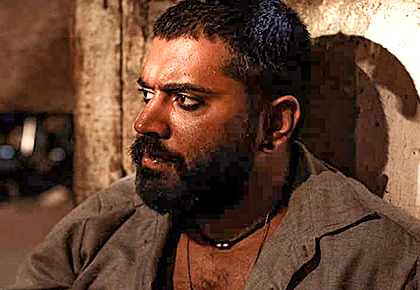