Read this before you watch Elizabeth

Before the British Raj, before hill-stations and the Jallianwala Bagh Massacre, before Gandhi and an empire on which 'the sun never set' -- there was Queen Elizabeth I of England.

Her reign oversaw the incredible expansion of tiny England into a fledgling empire of considerable commercial, territorial and military might.

This dramatic transformation in international standing -- coupled with a renaissance in fine arts, redistribution of wealth and relative peace domestically -- has led many historians to regard the Elizabethan Era as one of England's golden ages.

And this is where we find the inspiration for Shekhar Kapur's Elizabeth: The Golden Age.

The highly anticipated sequel to the critically acclaimed Elizabeth inserts viewers into the very heart of Elizabethan England. We're brought to understand how the intrigues and dramas of Elizabeth's personal life ultimately amount to no less than the fate of England herself. 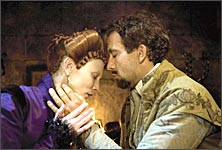 With the film releasing in India this Friday, it's important to understand the historical backdrop from which this narrative emerges. Therefore, let's take a look at Elizabeth -- both the lady and queen -- and the world in which she operated:

The year is 1585. Internationally, the balance of power is shifting. Both at home and abroad, England is flourishing.

Before her reign, England featured highly fragmented municipalities with disparate interests squabbling amongst themselves. Under her auspices, governance has been streamlined and made efficient. Economic, military and political power is now centralised.

In recent years, the chasm between the Roman Catholic Church and the Church of England had led to enormous bloodshed and upheaval, as adherents from both sides vied for political and spiritual legitimacy.

But Queen Elizabeth, by preaching moderation and practising a form of secularism, has tempered the flames of religious fanaticism and provided political stability.

Finally, the European Rennaisance, born in Italy in the 15th century, has arrived in England. For the first time in England, the fine arts are held in high esteem, particularly painting, music and drama. Greek and Latin classics receive newfound interest and interpretation.

But for now, in 1585, the only clear superpower is Spain, ruled by Philip II.

Her list of colonies and subject states overseas is quite impressive: the Philippines, parts of South America, Central America, North America and Africa. 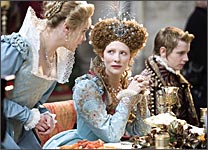 In Europe, Spain's territories include much of the Mediterranean coastline, many Italian kingdoms and a smattering of independent principalities in present-day Switzerland.

France -- though economically prosperous -- is still not politically and religiously unified, and over a century away from the French Revolution and Napoleon's dominance of Europe.

And reverberations from Martin Luther's Protestant Reformation still shake the very foundation of the Holy Roman Empire, some 60 years after the fact. While the Empire controls much of present-day Germany and Austria, both her immediate and long-term prospects appear grim.

Aware of all this, Philip II perceives an upstart England to be the only real threat to Spanish hegemony.

Under Elizabeth, England has just begun its first ventures into colonialism and long-range expeditions. The two most famous seafaring Englishmen are Sir Francis Drake and Sir Walter Raleigh.

In 1581, Drake became the first Englishman to circumnavigate the globe, pirating Spanish fleets in the Caribbean and on the western coast of the Americas along the way. His was knighted by Elizabeth upon his return home. His exploits have led the Spanish to name him 'El Drago' (The Dragon). Philip II has placed a 20,000 gold ducat bounty on his head, which would be worth Rs 400,000,000 today.

Likewise, Raleigh is a famous explorer who helped establish the first English colonies in the New World, located in present-day Roanoke Island, Virginia. Upon his return, he lavishes Queen Elizabeth with gifts of tobacco and potatoes. He too is knighted for his efforts.

Philip II intends to crush the island-nation, abolish the Church of England, reintroduce Catholicism and instil his daughter Isabella as Queen.

It's not his first attempt to hijack the throne of England; in 1554, he married Mary I of England, an ill-fated union that bore no children and never gave him real power.

Following Mary's death in 1558, Philip attempted to marry Elizabeth, the new Queen. But she rejected him, as she rejects all suitors, wanting to keep English sovereignty in the only hands she trusts: her own.

And so this is where the film begins, with Philip's seemingly omnipotent empire seeking to engulf Elizabeth's England. His juggernaut navy, known as the Spanish Armada, has proven unbeatable up to this point, and he's set to unleash its full power on the much smaller English navy.

In order to transform her kingdom into an empire, Elizabeth must simultaneously handle this constant external threat while minimising domestic strife and avoiding attempts on her life and crown.

Fact: Cate Blanchett's piercing blue eyes have been a signature point in advertisements for the film. All historical evidence, however, points to Queen Elizabeth having amber coloured eyes.