'A very emotional connect has happened.' He may not have delivered a hit in Bollywood as yet, but his name is quite familiar to Hindi film enthusiasts.

Dulquer Salmaan, who has been riding the success wave with his new release Sita Ramam, gets ready for his third Hindi film Chup: Revenge of the Artist, which follows a serial killer killing film critics.

Dulquer tells Rediff.com Contributor Mohnish Singh, "We don't truly understand the power of great cinema. You don't believe the reach and the travel of great cinema and I have seen it every time I had a great film."

Your latest film Sita Ramam has been garnering praise from critics and audiences. What kind of compliments have you been receiving for your performance?

Some are even saying that Ram should become my middle name.

I think a very emotional connect has happened.

I saw a message from a girl who married an army officer at a young age, and she was deserted. She never really believed he would do that because he is very patriotic and has worked very hard. She is still waiting for him.

These random parallels you never imagine. 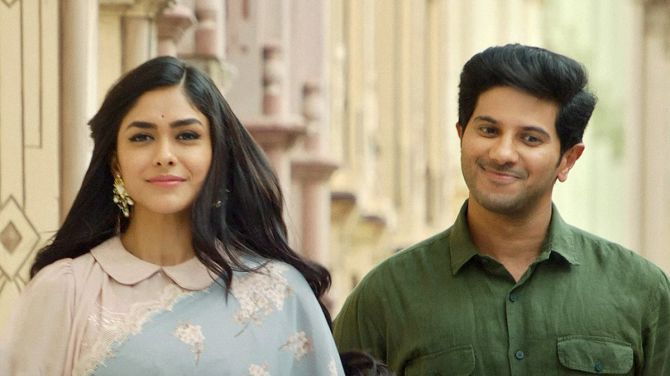 People from Poland and other countries have been watching the film and praising it on social media. Do you think Sita Ramam has expanded your fan base?

Yeah, I believe that we don't truly understand the power of great cinema.

You don't believe the reach and the travel of great cinema and I have seen it every time I had a great film.

My second film Ustad Hotel travelled much more than I ever imagined.

Before OTT happened, I went to Hyderabad for the first time in my life for my first Filmfare award and I met kids who were like, 'Hey, we loved Ustad Hotel.'

I asked, 'How did you know about the film?'

They said, 'We were googling the best films of the year and this was on some list and then we went and found it.'

What I am saying is that people who love cinema will seek it out.

I remember distributors telling me that Charlie had a great market in Japan.

There was a phase in my life when I would get constant messages from Turkey.

But yes, I definitely think Sita Ramam has opened up a whole bunch of new viewers to my filmography.

They are kind of going back and exploring. This is what I have always sought.

I genuinely and passionately love cinema even before I became an actor. I have always been seeking to be a part of great cinema. 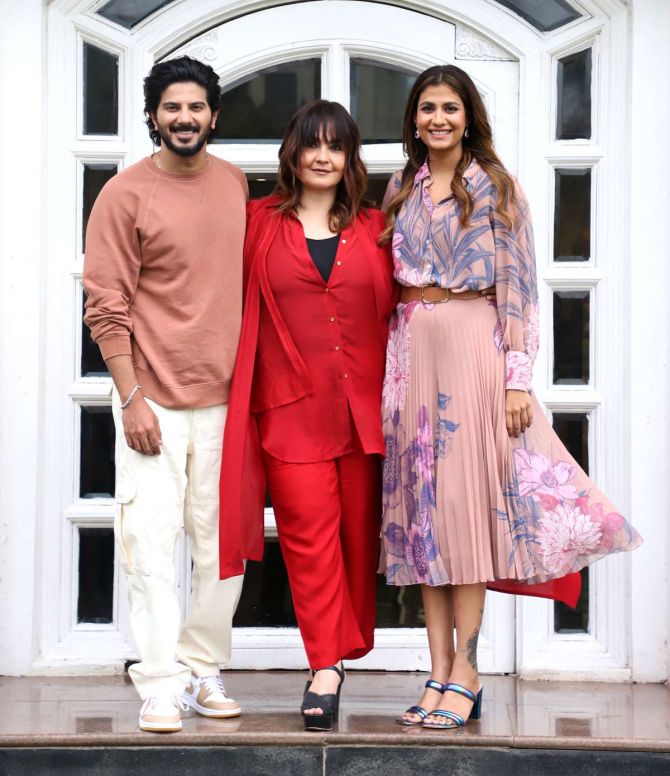 As you said, cinema is reaching worldwide, but in today's times, cinema is getting divided between pan-India films and South vs Bollywood films. As an actor who has worked in Malayalam, Telugu and Hindi films, how do you look at this scenario?

I have never understood tags.

Maybe if you give me a tag, I will not know how to react to it.

People know me by my name. I love it when films are known by their names because just like you, you have names that your parents gave you but today your name stands for who you are. Tomorrow, when somebody is naming their child, maybe your name will influence them because they will be like, 'I named my kid this because I want that child to be like you.'

So I feel like a name who is standing for the film.

It is not that when you tag it as a Telugu film or a Hindi film or a Tamil film, only then it will work.

It is cinema that you loved. What we do not love, we don't talk about.

Or maybe we are trying to create different categories just to simplify because we like to simplify things.

I get this inquiry very often where it's like, 'Sir, we have a pan-Indian script for you.'

You can't decide if it's pan-India or not.

Your coming film is called Chup: Revenge of the Artiste. Are you that artiste in the film?

Whoever is taking revenge or whatever, the reveal will be done in the film only. I cannot reveal it. 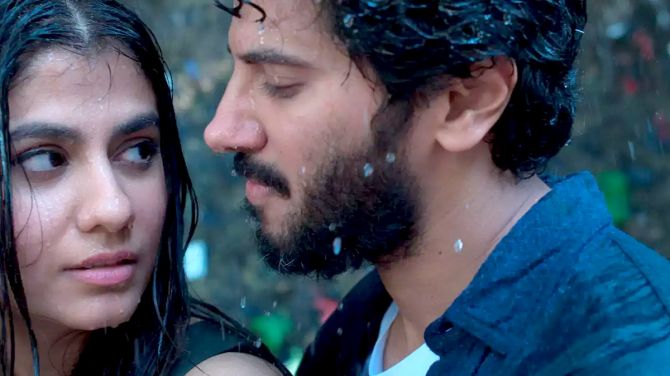 IMAGE: Dulquer and Shreya in Chup.

There are many references to the legendary Guru Dutt and one of his films in Chup. How familiar are you with his work?

I have grown up on a diet of Guru Dutt sir's music.

My parents always listen to a lot of classic Hindi songs and ghazals.

We do a lot of road trips and my dad (the legendary actor Mammootty) loves to drive.

When we shifted from Kerala to Chennai, he never, for some reason, flew us there or took a train.

In the car, we would always listen to music.

I know Guru Dutt sir's songs, but I have not really visited the films so much.

I have grown up consuming cinema from everywhere and sometimes you miss certain things.

But I got to learn so much about his work through this film because there are so many references to one of his films within our film.

There are shots of me watching Kaagaz Ke Phool. I genuinely loved watching it. I want to revisit his entire filmography.

But the thing is that once you become an actor, it is a bit tricky to find time to watch cinema.

Also, I have a five year old at home who decides what we watch. So I have to wait till she goes to sleep.

Don't Miss Part 2 of a lively interview with the amazing Dulquer Salmaan on Wednesday!