'Unless Sanju and me have become so bad that there is no hope left for the makers!' 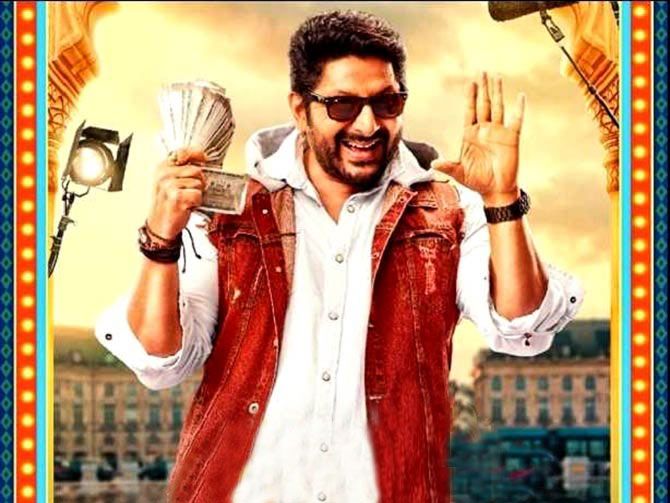 Arshad Warsi returns to the big screen with Bhaiaji Superhit, co-starring Sunny Deol and Preity Zinta, where he plays a successful and crooked director.

"People liked my character Circuit in the Munnabhai movies, and so everybody offered me the same kind of character, giving me all the money in the world. But if I had done that, people wouldn't find my character in the next Munnabhai as interesting as before," Arshad tells Rediff.com contributor Ramesh S.

You are working with Sunny Deol again after Jaani Dushman: Ek Anokhi Kahani (2002).

I like him as a person; he is a lovely human being. It'S nice to be around good people.

Sunny Deol is quite the introvert, and so are you.

As soon as a movie finishes, I go into a shell and don't want to get out. He's on the same lines.

There was not much conversation between us on set, but I have a lot of respect for him since he is my senior. 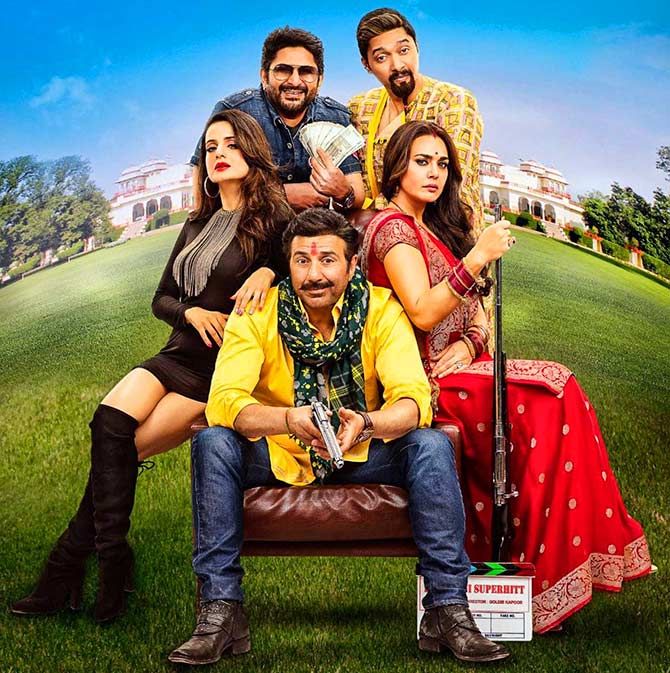 You are working with Preity Zinta after Salaam Namaste(2005)

Preity is still the same girl, there's not much difference in her.

She has so much energy!

If ever Ranveer (Singh) and Preity do a film together, they will burn the screen because both have too much energy (laughs).

Despite doing so many comedies, how do you maintain a different avatar every time?

I consciously try not to abuse the characters I have done.

For example, people liked my character Circuit in the Munnabhai movies, and so everybody offered me the same kind of character, giving me all the money in the world.

But if I had done that, people wouldn't find my character in the next Munnabhai as interesting as before.

So I never played that kind of character in the other movies.

Every film I do, I play the character, written by the writer.

In Golmaal, I played Madhav. So that character is different from Circuit or any other character.

You need to differentiate to keep up the interest.

Earlier, a comedian would do the same kind of roles in almost all his films.

One should not do this because you need to play the character as per the script.

For instance, when I played a cop role in Sehar (2005), I was offered six or seven movies with more-or-less the same cop character.

The same thing happened after Ishqiya (2010).

So I always try and keep them separate.

You have to let go of a lot of work, but eventually, it's worth it. 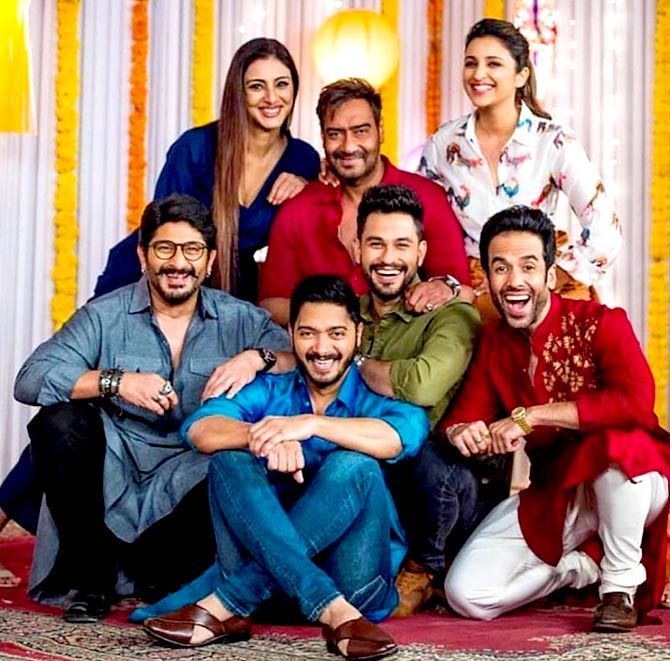 Talking about Munnabhai, there are rumours that the cast will change in the next installment. Director Rajkumar Hirani says he is still working on the script. What's your take?

I don't think it is smart to cast any other actor in Munnabhai 3.

Further, I don't think Raju (Hirani) is interested in casting anyone else, unless and until Sanju (Sanjay Dutt) and me have become so bad that there is no hope left for the makers!

Speaking about casting other actors in a movie, what's your take on Jolly LLB 2 that replaced you with Akshay Kumar?

That was a very big mistake.

I don't think Fox Star Studios will consider it a mistake, but I think it is a mistake.

They did it purely for the sake of PR because with Akshay Kumar, it's easier to market a film.

But I knew about the whole thing anyway. In today's times, content-driven comedy films are coming up with different genres. But you did this long ago with Waise Bhi Hota Hai Part 2 .

I was completely smitten when I first heard the script of Waise Bhi Hota Hai Part 2.

It's a quirky, crazy, bright and smart kind of film.

I recently met the producer and we were just talking about the same thing. He said we should release the film again.

But yes, among small films with a different genre, Waise Bhi Hota Hai Part 2 was among the first.

How was your experience shooting Rohit Shetty's Simba?

I am very fond of Ranveer Singh.

Also, it was the same Golmaal Again unit, so we kept cracking jokes all the time.

The shooting was also at the same place, Ramoji Film City, and so we would joke with the unit that you guys are still here while we went back to Mumbai and did different work and came back. (Laughs)

Because it looked like that -- the same assistants, the same people.

I have started working on a Web series for Voot. It's a psychological thriller called Asura.

After so many years, I play a character like Sehar's SSP Ajay Kumar. I'm very happy to do that.

In January 2019, I will start shooting for Anees Bazmee's Pagalpanti. There are some more in the pipeline. 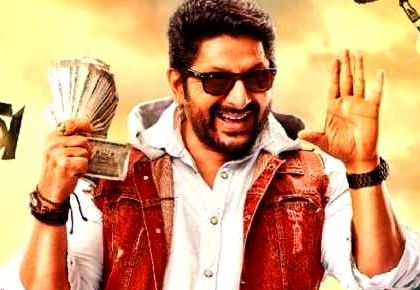