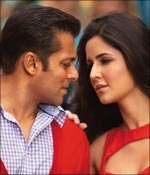 Salman Khan and Katrina Kaif's Ek Tha Tiger is up for release on August 15. The film seems like a sureshot entertainer, and winner at the box office.

Are you looking forward to watching it? 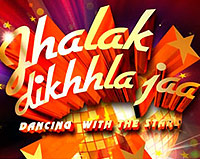 The fifth weekend of the show ended with the elimination of actor Ravi Kissen.

Which performances did you like the most this weekend, who do you think has really shined through?

Discuss the latest episode of the show with Rediff.com's Monali Sarkar, right here!