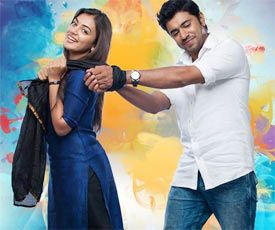 With only two hits in the first three months of 2014, Malayalam cinema is going through one of the worst times in recent history.

1983 was originally scheduled for release last year but had no takers then. The star of the first quarter is Nivin Pauly. He played the male lead in both the films, though Ohm Shaanthi Oshaana is female lead Nazriya Nazim’s story.

TV channels are unwilling to put up with the substandard films and have refused to buy the satellite rights of new films in the past two years.

This has shocked the industry, which has been making films targeting satellite revenue only. The industry has come to a virtual standstill.

What does this mean for the big stars of the industry?

Mohanlal can heave a sigh relief with his Tamil film with superstar Vijay, Jilla, raking in the moolah.

But Mammootty has continued with his horrendous run of flops with Balyakalasakhi and Praise the Lord.

Prithviraj’s London Bridge made the producer poorer by some crores and Jayasurya’s Happy Journey turned out to be a bumpy ride for its producer.

Dulquer Salmaan added Salala Mobiles to his list of flops, Asif Ali had the disappointing Pakida, and Kunchacko Boban seems to have lost his zing, with Konthayum Poonoolum failing to attract any crowds.

The sequel to the yesteryear hit Mannar Mathai Speaking turned out to be a damp squib.

Can things improve in the next quarter?

There are some high profile films in the pipeline that could set the cash registers ringing.

One thing seems to be clear: 2014 could well be the year the industry faces its acid test.