Confirming this, Dilipsaab’s gracious wife Saira Banu said, "Yusufsaab couldn’t attend the National awards in Delhi in April because of his health. The Home Minister Rajnathji and the chief minister Devendraji have kindly decided to come home with the honour. What a beautiful gesture. And a truly spectacular birthday surprise for my husband.” 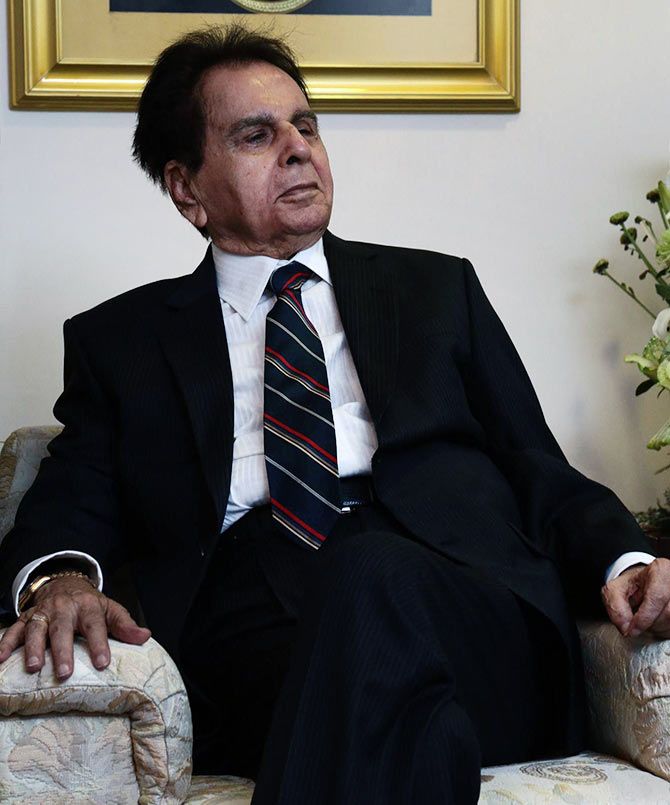 Dilip Kumar had wanted a subdued birthday on December 11 but swarms of fans, admirers and colleagues trooped in to their Pali Hill bungalow to wish the legend in person.

"It is their love for Yusufsaab. They had come to pay their respects. Yes, we had planned a subdued birthday because of the floods in Chennai. Chennai is a city to which Dilipsaab and I are very attached. It is like a second home to us after Mumbai."

Recalling her time spent in Chennai during the days when the couple had hectic shooting schedules, Saira says, "Because Yusufsaab was doing a lot of Chennai-produced Hindi films after Kohinoor, we shifted base to Chennai and moved into a home owned by a friend.

"I had decided not to work after marriage but then I got good offers like Padosan and Shagird. Yusufsaab encouraged me to take up these offers. We shot on two studio floors separated only by a small gate," she says.

"So you see, Chennai holds wonderful memories for both of us. The people in Chennai and Mumbai are equally cultured and well-informed. To see Chennai devastated this way is deeply saddening." 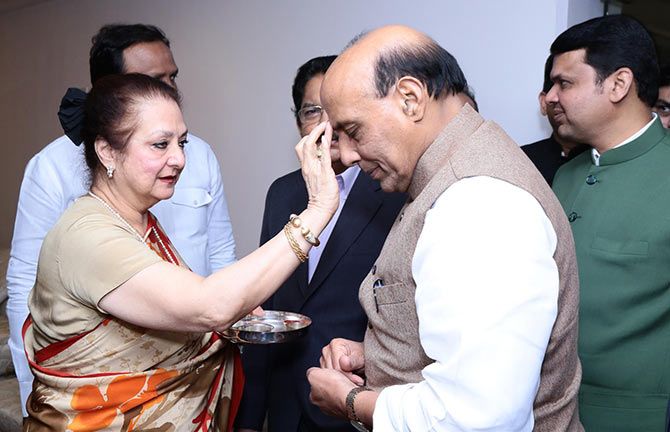 "He could have married anyone, any woman he wanted. He chose me. I consider myself very fortunate. I always call him the Kohinoor of the film industry. I am lucky to be so close to him for so many years. I couldn’t have chosen a better life. I can’t imagine any other life for me," she says.

Tell her Dilipsaab was fortunate to have such a devoted wife and she jokes, "I guess if I was chosen to be his wife, I must be special. Unki biwi hone ke liye caliber honi chahiye (to be his wife one needed to be of some caliber). But seriously, all Indian wives look after their husbands. In my family, I’ve seen women being devoted to their husbands. I grew up watching that."