'Didi's birthday this year is a reminder of our loss' 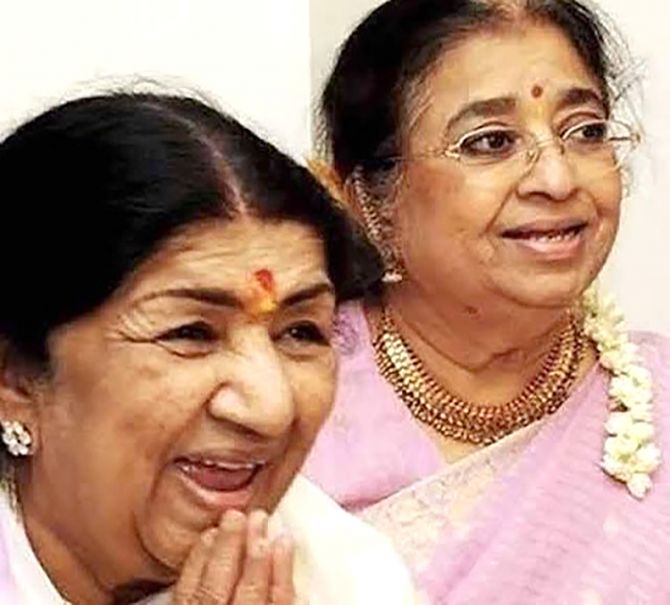 If its legendary resident Lata Mangeshkar had lived, she would have been 93 this year.

"Our home used to be a beehive of activity on Didi's birthday every year," Lataji's youngest sister Usha Mangeshkar tells Subhash K Jha.

"People would come from afar, just to stand below our home, expressing their good wishes for her. Her admirers never demanded to see her. They would just stand respectfully outside our home. I don't think anyone else in this country commands the same love, respect and admiration."

This is the first birthday without Lataji and her family is inconsolable in their grief.

Says Ushaji, "We knew we would miss her, but we never knew it would be so hard. The home seems to have gone quiet and still. Not that she spoke much. Just her presence gave us strength and confidence."

"Today I am all alone in the house. My sister Meena (Khadikar) has come home so I feel a bit better. Didi's birthday this year is a reminder of our loss."

A chowk in Ayodhya has been named after Lataji and was inaugurated by the prime minister on the special day. Lataji's nephew Adinath, Hridaynath Mangeshkar's son, attended it.

"An honour such as this for Didi is an honour for our entire family. I wouldn't miss it for the world," she says, adding "There will never be another Lata Mangeshkar."