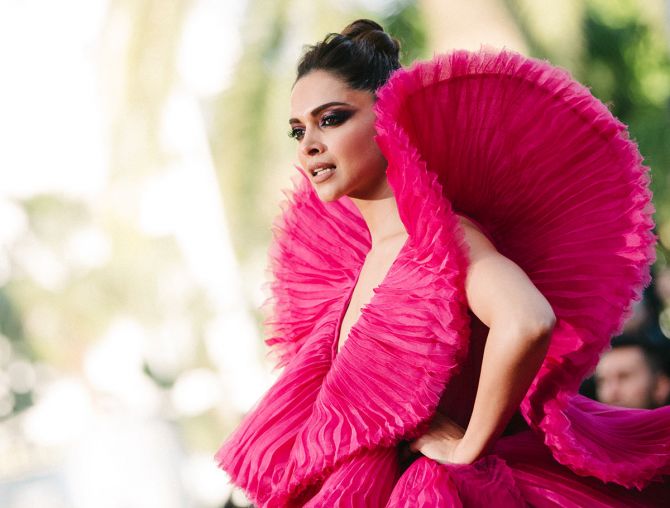 Deepika Padukone will be a part of the competition jury at the 2022 Cannes Film Festival.

French actor Vincent Lindon will head the jury at the 75th edition of the coveted festival, which will run from May 17-28.

Deepika is part of the eight-member jury which will reward one of the 21 films in competition with the Palme d'Or at the closing ceremony on May 28.

In a statement, posted on the Cannes Web site, Lindon said the jury 'will strive to take the best possible care of the films of the future'.

'It is a great honour and source of pride to be entrusted, in the midst of the tumult of all the events we are going through in the world, with the splendid, weighty task of chairing the jury of the 75th International Cannes Film Festival.

'With my jury, we will strive to take the best possible care of the films of the future, all of which carry the same secret hope of courage, loyalty, and freedom, with a mission to move the greatest number of women and men by speaking to them of their common wounds and joys. Culture helps the human soul to rise and hope for tomorrow,' Lindon said.

Deepika was earlier chairperson of the Jio MAMI Mumbai Film Festival for two years. The actress has a busy slate of projects which includes the Shah Rukh Khan starrer Pathan, Fighter with Hrithik Roshan, an untitled movie with Prabhas and the Hindi remake of the Hollywood movie The Intern.