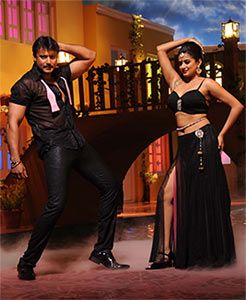 Ambareesha, which has been in the making for a while, is said to be the most expensive movie made in Kannada after Krantiveera Sangolli Rayanna that also starred the actor in the lead.

Ambareesha was all set to become a trendsetter in the Kannada film industry in terms of discarding the old system of theatre release.

No single-screen theatre was available in the busy Majestic area of Bengalore to screen Ambareesha until Wednesday morning as most of the theatres in the area are running Kannada movies that are doing well. But, it seems that one of the theatres will now be available to screen this week’s Darshan release.

The frenzy and excitement that Ambareesha has created is unprecedented. The movie has garnered an estimated Rs 21 crore even before its release.

The satellite rights have been sold for a whopping Rs 5.5 crore and the remaining sum of Rs 15.5 crore has come from the sale of distribution rights all over the state.

Of the Rs 15.5 crore from sale of distribution rights, Rs 7.5 crore has come from the Bengaluru-Kolar-Tumakuru belt. The Mysuru-Mandya-Hassan belt has fetched Rs 4 crore while the movie has managed to make Rs 3 crore from the Mumbai-Karnataka region.

Veteran actor Ambarish who is called ‘Rebel Star’ of Kannada cinema plays the role of the feudal lord Kempe Gowda. Ambarish and Darshan had acted together in the film Bulbul that became a huge hit last year.

Sukhadare says Bengaluru today has hardly any lakes left as most of them have been encroached by the real-estate mafia.

He says the founder of Bengaluru, Kempe Gowda, had wanted a city that would be home to all. Bengaluru has become a difficult city to live in even for the middle-classes leave alone the poorer sections, he says.

Ambarish, who is also minister for housing in the Karnataka state government, plays the messiah in the film which has a special segment that shows Kempe Gowda’s dream with the 15th century city forming the backdrop.

Sathya Hegde is the cinematographer. Nagendra Prasad has penned the lyrics and V Harikrishna has scored the music.

Eshwari Kumar is the art director and Ravi Verma has composed the stunts. Murali, Ganesh and Kalai have choreographed the songs. Prakash is the editor. 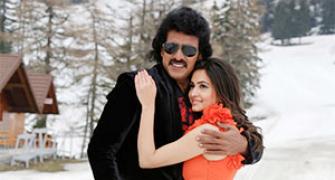 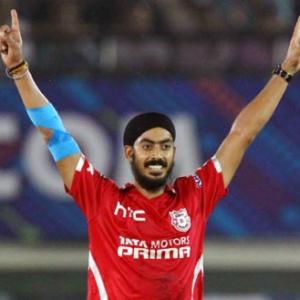 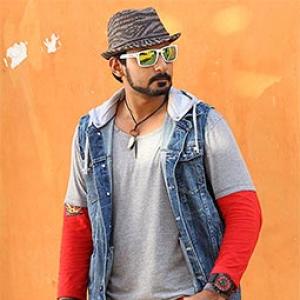