'Buddhada became such a confidante, friend, philosopher and guide in my life.' 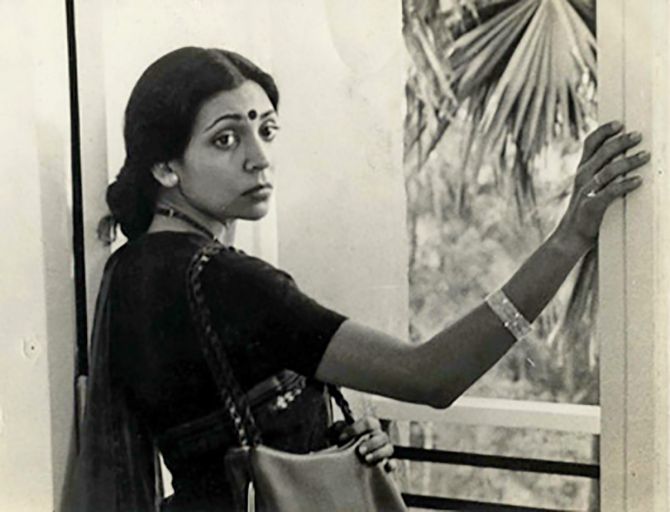 Deepti Naval worked in only one film directed by Buddhadeb Dasgupta -- Andhi Gali -- but actor and film-maker formed a life=long bond.

Besides the film, they shared another passion -- poetry.

Deepti, who has published several books on poetry -- Lamha Lamha and Black Wind and Other Poems -- would often discuss verse with the director, who passed away on June 10.

She tells Patcy N/Rediff.com, "I could pick up the phone and say 'dada' anytime. There was a genuine warmth there, no pretence. He was not talking to a Hindi film actress."

I knew him very well over the last 30 years.

We met in Bombay when he came to cast me for Andhi Gali.

He met me, and read the script to me.

It was a dark subject, but I wanted to work with him because I had heard of him being one of the most sensitive directors from Bengali cinema.

I have a weakness for Bengali cinema and the whole Bengali sensibility, so I wanted to work with him.

It was a start to finish shoot, so we were like a well-knit unit.

I remember being impressed with his work.

Buddhada became such a confidante, friend, philosopher and guide in my life.

We shared poetry. He wrote beautifully. He is a very sensitive poet. He came to release my book Black Wind and Other Poems in Calcutta. We would talk at length about poetry and issues in life.

I was able to communicate with him even after we finished work.

Normally, what happens in the Bombay film industry is that you do a project and once it's over, you go your way and the other people go their way. That whole intense interaction together is time bound. Then it fizzles out.

But sometimes, I have been able to create strong bonds, which last a lifetime even though the work does not. Like Basu Bhattacharya, Nadiraappa (Babbar).

You learn to respect them for who they are, and that goes forward with you. Buddhada was one of those people for me.

I kept in touch with him even after the movie.

Whenever I would go to Kolkata, I made it a point to visit Buddhada.

The last time I saw him was when his wife passed away.

He had told me, 'Deepti, samajh mein nahi aaraha hai. It seems like a very awkward time for me; I don't know where to place myself.'

He had started suffering; his health had taken a beating.

But he would not talk about it in great length.

Later, I learnt that he had kidney trouble and was on dialysis. He was a very warm and gentle person.

He always spoke about things that were relevant, things that you are craving to hear because very few people you can have communicate at that level.

With Buddhada, I had that comfort zone. He was like an older brother. I cherish the memory of my interactions with him.

It feels like a big personal loss to me because I could pick up the phone and say 'dada' anytime.

There was a genuine warmth there, no pretence. He was not talking to a Hindi film actress.

We could talk about other things, it did not have to be work-oriented.

When he read my poems, he was very excited.

He was very happy to know that I wrote about things that people generally shied away from, like I could pick up a topic like mentally disturbed women in mental asylums. 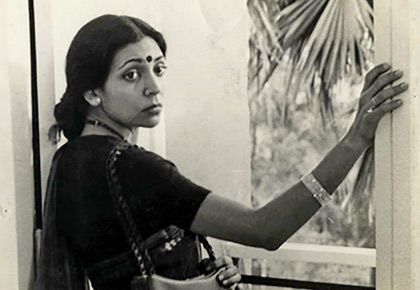 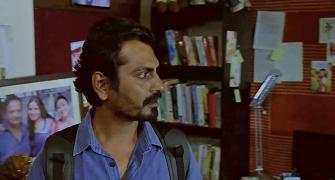 'Buddhadeb was the god of cinema'
Swapner Din: Major attraction in Toronto
Can Sameera Reddy act? 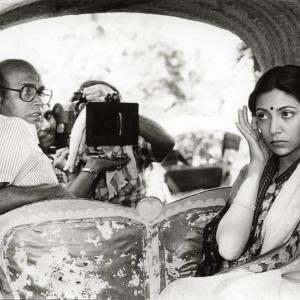 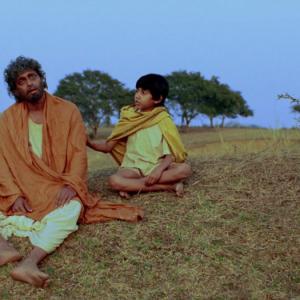