The Colors channel launched the third season of its reality show, Dance Deewane, and it was a grand event.

Madhuri Dixit, Tushar Kalia and Dharmesh Yelande will judge the show, which will be telecast from February 27. Madhuri Dixit makes a rare appearance after the spike in COVID-19 cases in Mumbai.

Journalists, who were invited to the launch, had to do a COVID test a week before the event. Madhuri performs at the launch. Tushar Kalia is among the judges. Tushar shows us some cool moves. Dharmesh puts in a performance too. Host Raghav Juyal, who will host the show, gets ready. It's not everyday that Madhuri claps for you! The contestants join Madhuri to perform to Ek Do Teen. 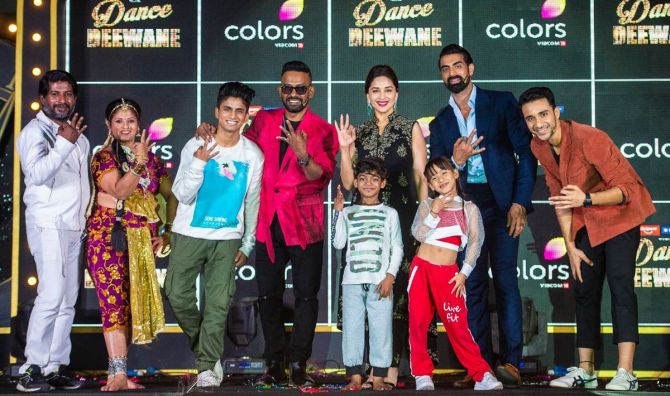 Are you ready to welcome Madhuri on your television screens again? 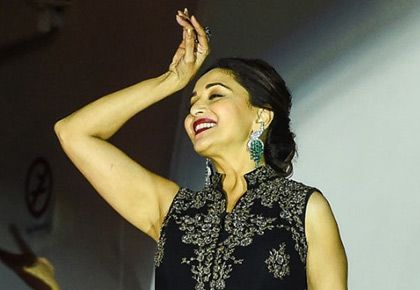 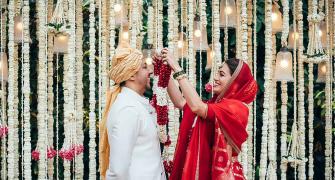 Guess what Sid is doing in Lucknow 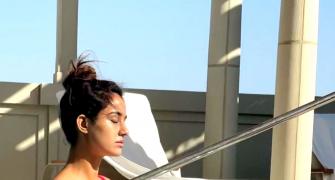